One of “The Candy Heads” laughs with a teammate after her serve falls flat during the 24th annual CASA Mud Volleyball Tournament held July 21, 2012, at Swan Creek Park in Athens. This year's tournament is about two weeks away. 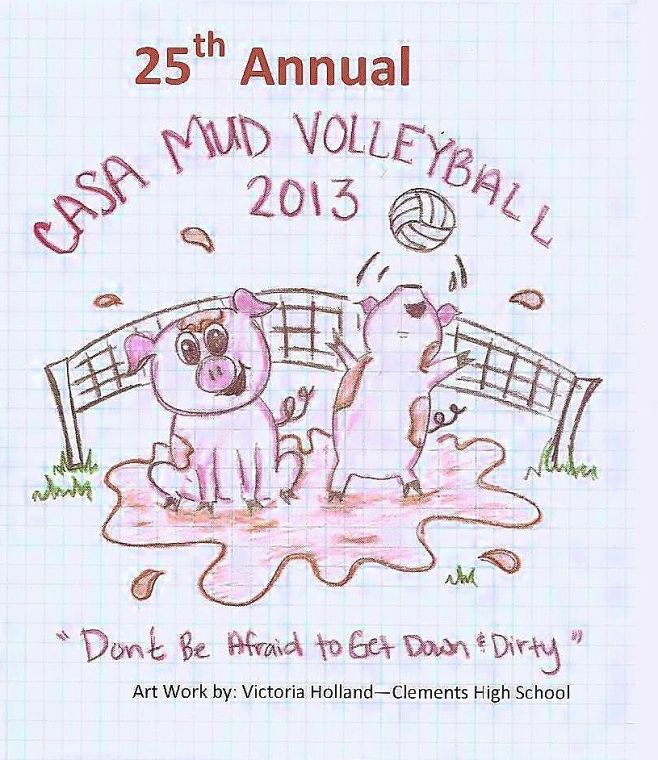 One of “The Candy Heads” laughs with a teammate after her serve falls flat during the 24th annual CASA Mud Volleyball Tournament held July 21, 2012, at Swan Creek Park in Athens. This year's tournament is about two weeks away.

The T-shirt deadline for the 25th annual CASA Mud Volleyball Tournament is less than a week away as event organizers prepare for the all-day fundraiser benefiting the Care Assurance System for the Aging and Homebound.

To receive a T-shirt designed by contest winner Victoria Holland of Clements High School, tournament entrants must register by noon Monday, July 8, at the CASA office at 912 W. Pryor Street or online at www.casalimestonecounty.org.

A minimum of eight players is required to register a team, including at least two female participants. Registration, which is $20 per player, will remain open until the tournament field has 90 teams, said CASA Director Sandra Zirbel.

“We have 51 teams registered as of Wednesday, and last year we cut off registration at 90 teams, too. The objective for doing that is because we have to do brackets and know how many teams we have in the tournament,” she said. “Last year we divided into pool play, with each team playing at least eight games apiece. But this year we’re going to play a set amount of games.”

Zirbel said organizers have not decided the minimum number of matches for this year’s tournament, which will be held at 9 a.m. Saturday, July 20, at Swan Creek Park in Athens.

Two other changes to this year’s event, which raised roughly $9,000 in 2012, are a registration fee increase to $20 and the addition of food vendors that can rent space at the park for $100.

“For the last 24 years, the price was $15, and we upped the price to $20 this year because we’re trying to increase the amount of money we raise,” Zirbel said. “If people are interested in signing up to be a vendor, they should call me at the office.”

For more information, contact 256-777-1038 or casalimestone@gmail.com, or visit the Facebook event page at “Mud Volleyball for CASA.”