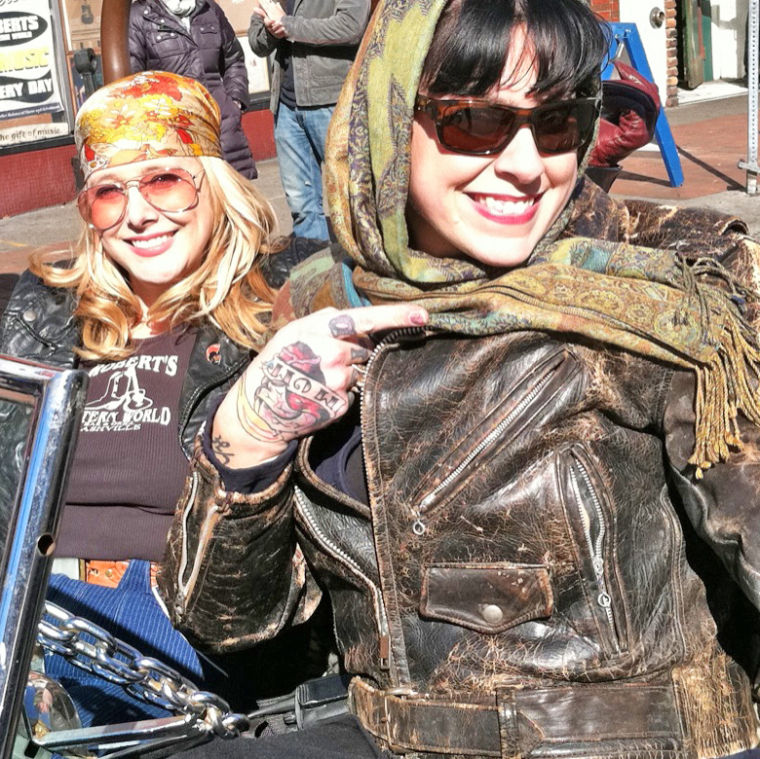 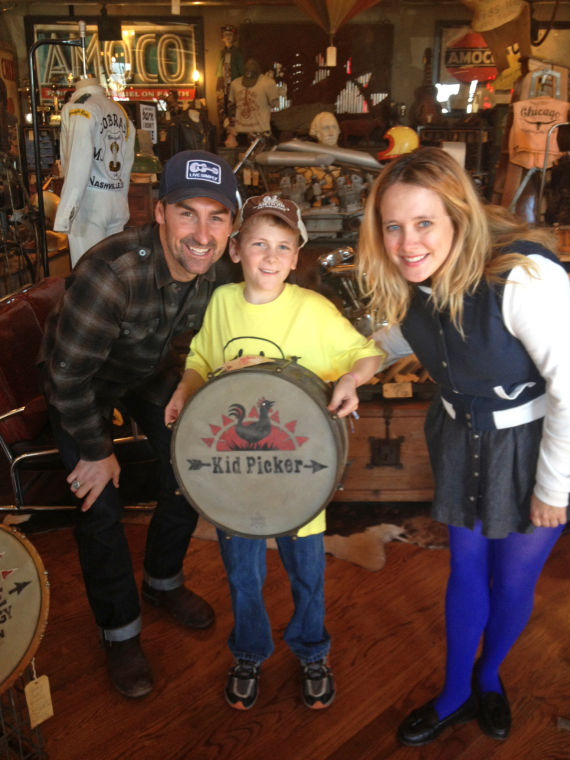 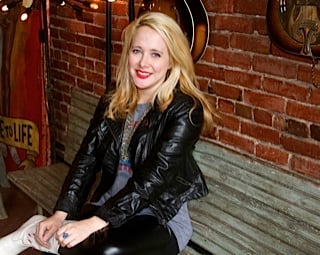 Lauren Wray Grisham remembers her days in Athens like they were yesterday — memories of her strolls around old antique shops with her mother, days of working at her dad’s pawn shop, art classes on Saturday mornings and frequent stops at Sportsman’s Park for a sandwich, just to name a few.

Lauren was hired to manage Antique Archaeology Nashville two years ago by Danielle Colby-Cushman of Iowa, who co-stars with Mike Wolfe and Frank Fritz on the History Channel television show “American Pickers.” Though Lauren now calls Nashville home, her love of Athens remains solid. She’s quick to tell those who ask, “I was born and raised in Athens, Alabama.”

“Luckily for me, I fit in pretty easily with the crew,” Lauren said. “I had a good background in this stuff and was ready for a new project.”

Lauren said she had just left a job working for Manuel, the rock and roll costume designer who makes rhinestone suits for entertainers like Keith Richards, Axl Rose and Jack White.

“I was ready for a big, new project,” she said. “Sure, I didn’t know exactly what to expect but I knew the store was going to be a success.”

The shop, located in a turn-of-the-century car factory on a side street in downtown Nashville, welcomes people from all over the world and hosts more than 1,000 fans daily, both Nashvillians and tourists. Lauren considers that pretty incredible.

“I talk to some of the most awesome people,” she said. “Everyone has a story to share.”

Lauren said a normal day at the shop isn’t what some would consider normal.

“I do a lot of different things,” she said.

Recently, she shipped a motorcycle, sent Mike pictures of some more motorcycles he was interested in, got an item appraised, talked to someone in the store about an item for sale, priced some items, talked to Danielle and met with an art director — all in a day’s work.

Lauren said when it comes to the American Pickers gang, what you see is what you get.

“Danielle is a pal of mine and is very much sassy and sweet, just like you see on the show,” Lauren said.

Mike Wolfe is “100 percent authentically passionate about all things Antique Archaeology. His enthusiasm is definitely contagious,” Lauren said. “Mike is totally energetic and excited about the stuff he finds — always,” she said. “Not gonna lie, sometimes I’m a little confused about the stuff he brings in.”

Lauren said Mike usually says something along the lines of “Isn’t this thing cool? I bought it from this outlaw carnie in Nebraska who got it from so on and so forth.”

“I’m like, ‘yeah, OK, I get it now. It’s awesome,’” Lauren said. “I really feel that’s why the story (behind a piece) is so incredibly important.”

Lauren said while growing up in Athens, one of her favorite things was taking art classes on Saturday mornings at her neighbor Joseph Whitt’s house.

“I’ve been lugging my ‘masterpieces’ around for nearly my whole life,” she said.

Once she got her driver’s license, her homegrown love of Limestone County grew.

“I liked to drive around and around, especially out near the river in Cairo,” she said. “I would stop at Sportsman’s Park and get a sandwich or something from that little gas station.”

“I still have the photos some friends and I took of some of the windows, roof lines, architectural accents, things left behind,” she said.

Lauren also remembers her days spent in antique stores with her mom. One in Decatur stands out because she remembers it had an upstairs.

“I specifically remember walking around by myself as a kid and feeling this totally groovy, spooky-in-a-good-way feeling,” she said. “I couldn’t quit thinking about.” She wondered, who bought this stuff originally? When was it new? What is that smell? What did the store look like? How much did they pay for it? Why did they want it? Why did they get rid of it?

She believes that is why so many people can relate “American Pickers.”

“We all have things we love,” she said. “Things we wish we hadn’t given away. Things we’ve lost and now want to find again. Or, a kooky neighbor who has too much stuff in the yard. There are so many stories behind a thing.”

One of those “things” Lauren held onto is a “really old” four-blade metal fan she bought from a multifamily yard sale on U.S. 72, traveling toward Lucy’s Branch. “I remember I paid $5 for it, which seemed like a lot at the time,” she said. “It’s been on display in every house and apartment I’ve lived in.”

How Lauren made her way to Tennessee is a familiar story for most college students. She knew it was time for the next chapter in her life but she also knew she didn’t want to journey too far from home.

“I knew I wanted to stay close to my family but I wanted to go somewhere near Nashville, which led me to Middle Tennessee State University in Murfreesboro," she said.

Lauren graduated from MTSU with a degree in anthropology and also worked at the Historic Preservation center as a research assistant. Her duties included writing National Register of Historic Places nominations and surveying existing slave cabin structures.

“I loved MTSU,” she said, adding she later moved a little up the road to East Nashville, which was close to where her grandmother lived at the time.

Lauren’s inspiration in life comes in all sorts of different ways and it changes all the time.

Lauren is also a proud Southerner. She jokes that people who aren’t Southerners want to be.

“I have a deep appreciation for the landscape, the art, the people, the architecture, the food — all great things Southern,” she said. “I love being from Alabama and I miss my family all the time. Lucky for me, Nashville is just 100 miles up the road. So, I get quite a few visitors here. It’s funny, I’ll be in the office and one of my co-workers will come in and say, ‘So-and-so is here from Athens and wants to talk to you.’”