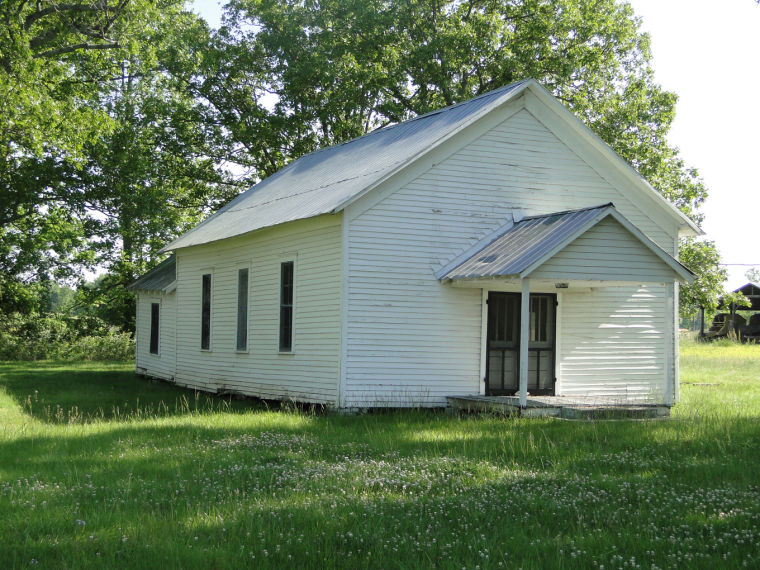 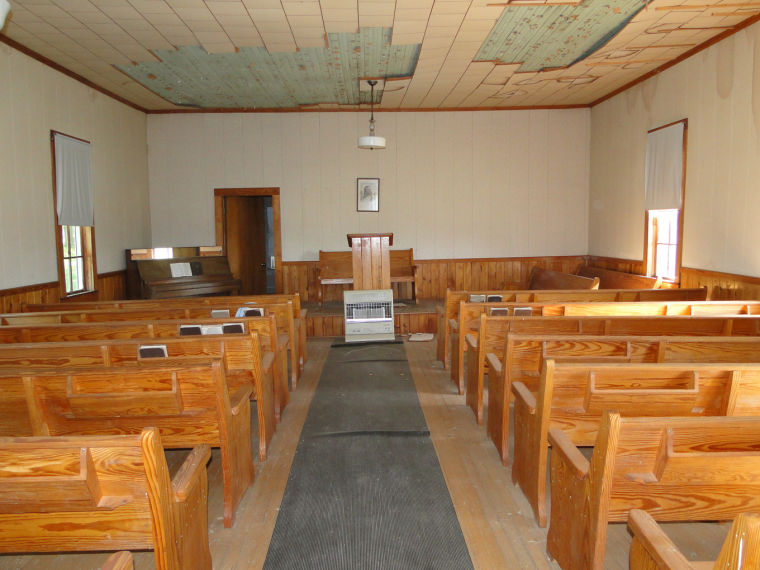 The inside of Beulah Presbyterian Church (USA) in Elkmont.

The inside of Beulah Presbyterian Church (USA) in Elkmont.

Sunday will mark the last service at one of Elkmont’s landmark churches.

Beulah Presbyterian Church (USA), which first opened more than 109 years ago, will hold its final worship service at 2 p.m. Sunday.

The church was officially closed Feb. 18 by North Alabama Presbytery at its meeting at St. Andrew Church in Decatur.

The last member on record for Beulah Presbyterian Church is Claris Faye Brock. She still lives near the location. The church was reduced to one member after the passing of Boss Hill last year. Brock still holds the official church record.

L.W. Adams and Hue Miller were elected and installed as ruling elders to serve the congregation, according to records.

The Rev. Berry Copland served the church for the first five years, preaching once a month and holding evangelistic services. But soon after the organization, L.W. Adams moved away and his membership was transferred to the Copeland Presbyterian Church.

Hue Miller died Feb. 22, 1912.  No church register was preserved and all of the transcripts of session and congregational meetings were lost, leaving the church in a disorganized condition at which time the Rev. F. J Tyler, D. D., preached to them. Tyler encouraged them to hold together, and build a house of worship, which was erected in 1916.

The fourth Sunday in Sept. 1917, Rev. Berry Copeland and J. M. Jones began a series of evangelistic services that continued 10 days and resulted in a number of professions of faith, and 35 additions to the church. On September 28, 1917, the church was reorganized with the following elders and deacons: Felix G. Adams, Walter Street, Ollie Reaves, and John Clem; and deacons:  Perry Daly, and Lakin Clem.  New members in that time include the sir names of Reeves, Clem, Adams, Hasting, Swallman, Bryant, Castele, Tatum, Bennett, Faulkner, Black, Woodard, Daly, Davis and King.

At some point, perhaps the early 1950s, several churches, including Beulah, banded together and were referred to as the Madison-Limestone Larger Parish.  Those Larger Parish member churches varied over the years, but included Beulah, Madison Crossroads, Union Chapel, Big Cove, Nebo, Fairview, Trenton, New Market and Copeland.

The ones who had farms and were able to do so, planted one acre of cotton, potatoes, or some other crop.  The others in the church would help if needed to chop the cotton or pick the cotton, and the proceeds were given to the Lord’s Acre fund.  The following is a report on the Lord’s Acre campaign by, the then current chairman of the committee, the late Eddie Clem.

This report was taken from the church minutes and written by Chairman Eddie Clem: “In April, 1956, the Lord’s Acre program was introduced by a special sermon from the text:  “You are God’s field” — I Corinthians 3:9.  It was pointed out that the land belongs to God; that soil is our number one resource; and that Christians are compared to “God’s Cultivated Field,” that is, we are God’s most important resource in what he will do here on earth to establish the kingdom of God.  As rural folks, we should use all our muscle, thought, and faith in God, as Christians. Taking part in the Lord’s Acre project was a fine expression of this truth from the Bible. Our church at Beulah has twenty-five members and is located in a gray-soil area. The total budget for 1956 was $423. The Lord’s Acre was “over and above” giving. Beulah had their sale at the church early in December. In addition to lots of canned goods and needlework, some hogs and chickens and guineas were sold in the churchyard. All of us were very pleasantly surprised when the treasurer totaled the income and reported that we had raised $236.58. We then realized that it was a demonstration of what Christian folks can accomplish for God if they set their hearts to serve Him. Some of the money has been used to buy a reconditioned piano of $93.50. (The piano is still in the church today.) The rest will be used in fixing up our church building.  It truly was a good year, and we plan to have a Lord’s Acre program in 1957.  Join with us in this service to Christ.”

The church has remained an integral part of the Elkmont community. Many people in the area have relatives with connections to Beulah Presbyterian Church.

During the mid-1950s, the Rev. Bill Allen was stationed at Redstone Arsenal. Allen, who was not yet ordained, was a candidate for the ministry under the care of Huntsville Presbytery.

Although he was unable to serve communion, Beulah Presbyterian Church was one of the first congregations where Allen preached his first few sermons.

He said he was a corporal stationed at Redstone when a sergeant in charge found out he was preaching sermons. The sergeant called Allen in his office and told him he could have Sundays off to follow his calling, but under one condition — “You don’t try to convert me to your faith,” he said.

Those who have a connection to Beulah Presbyterian Church are invited to attend the Service of Church Closure and Celebration of Witness.