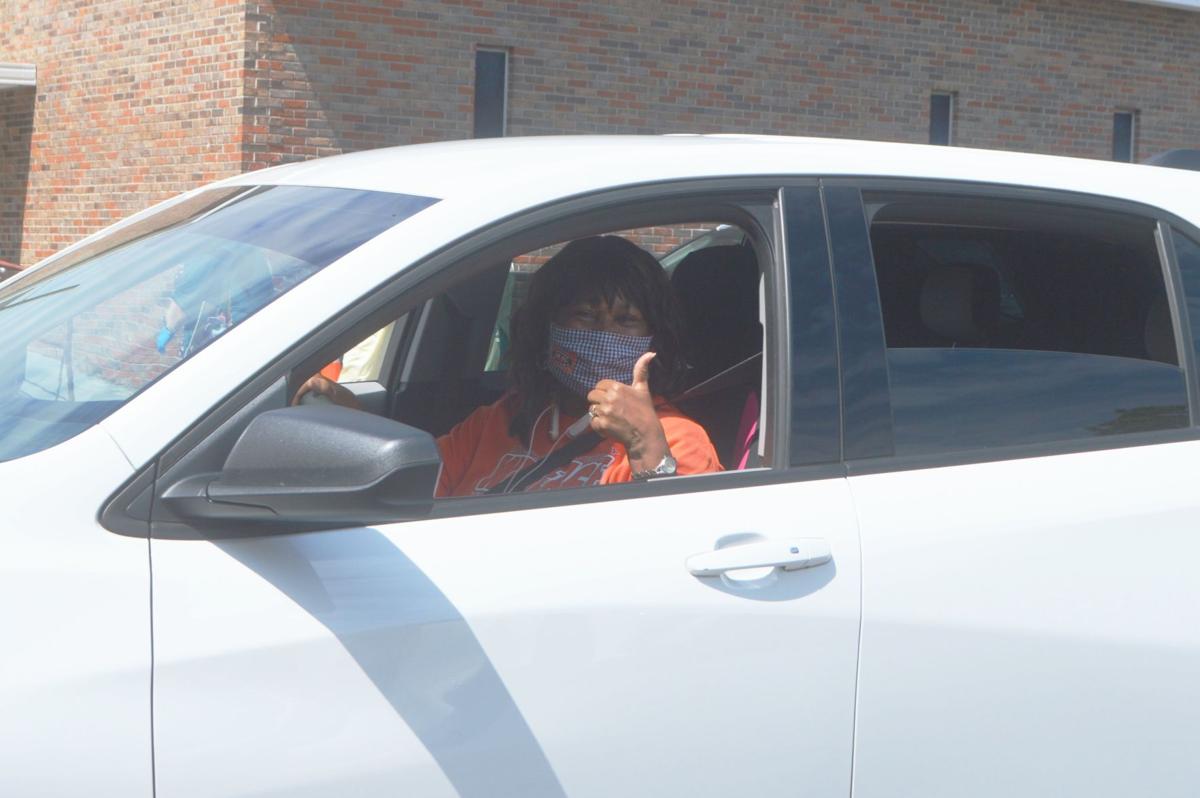 Linda Townsend Guster raises a thumbs-up to the camera as she leaves the public testing event hosted Thursday by the Limestone County NAACP and Athens-Limestone Hospital. Guster was one of hundreds who visited the event to receive a free test for COVID-19, the disease caused by the novel coronavirus. 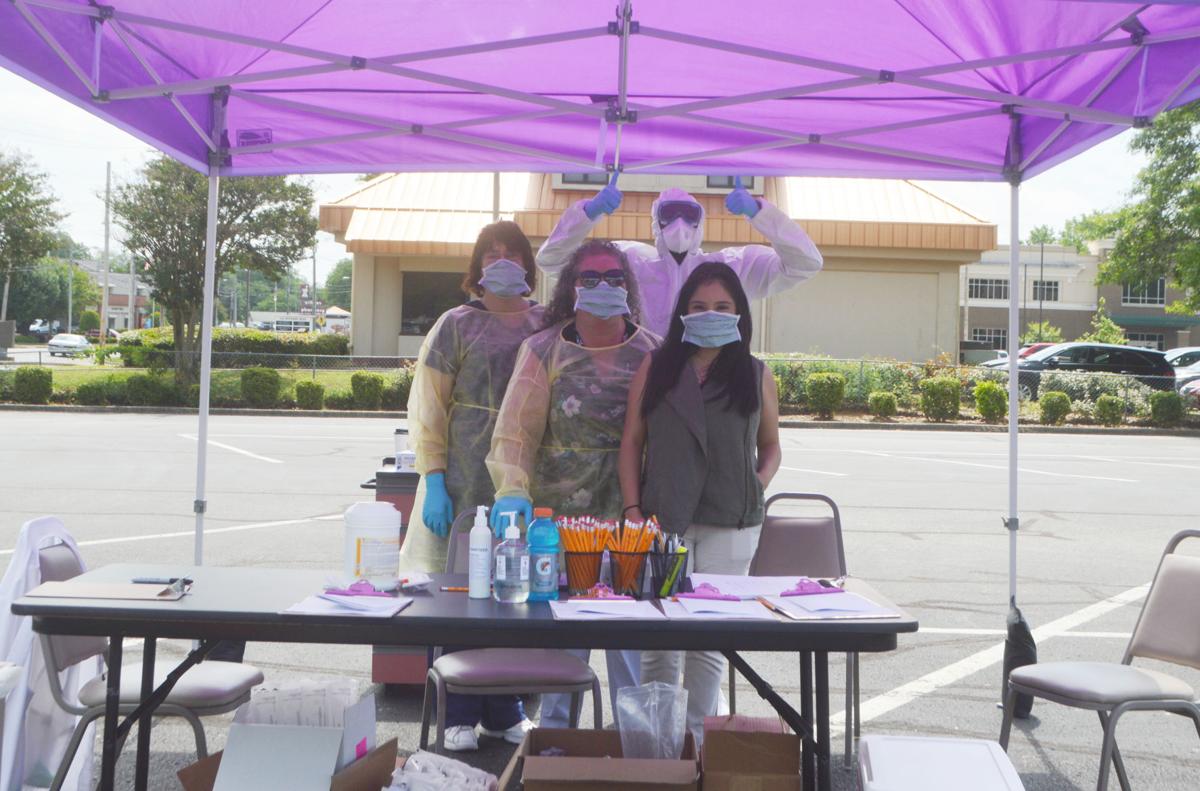 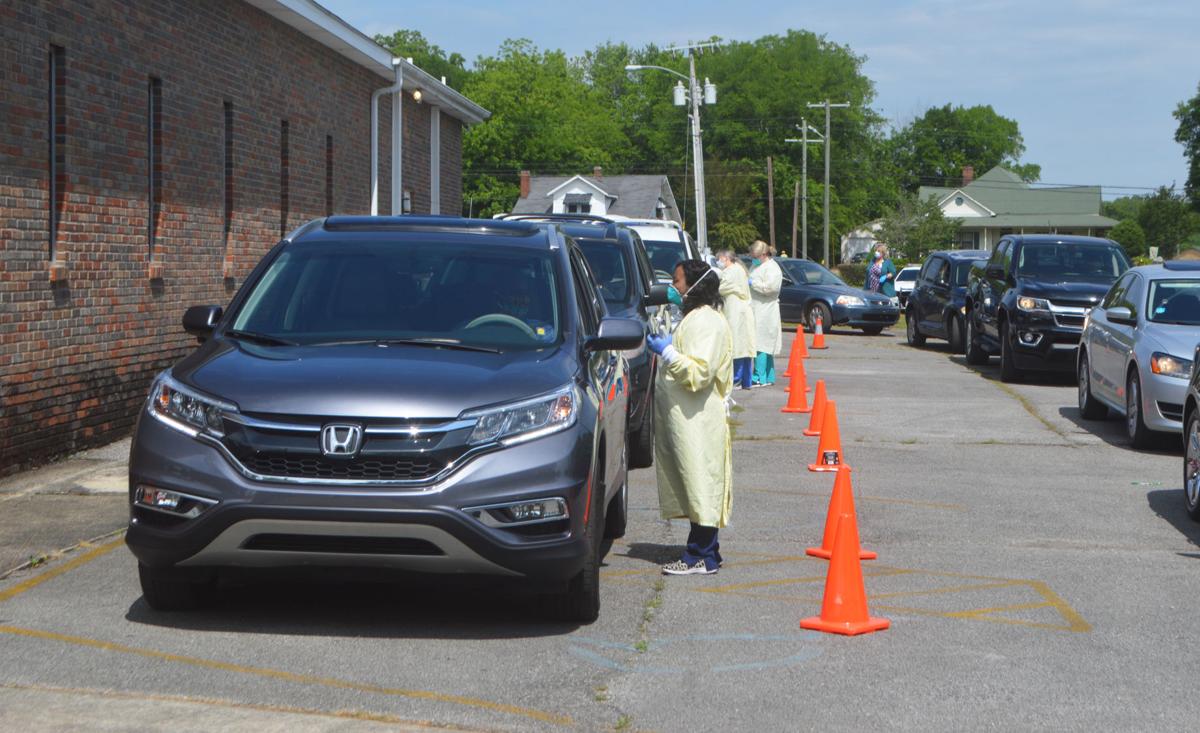 Vehicles form two rows as those inside wait for free COVID-19 testing at a public testing event held Thursday at James Chapel Missionary Baptist Church in Athens. Athens-Limestone Hospital spokesperson Felicia Lambert said cars were lined up as early as 7:30 a.m. for the 9 a.m. event. 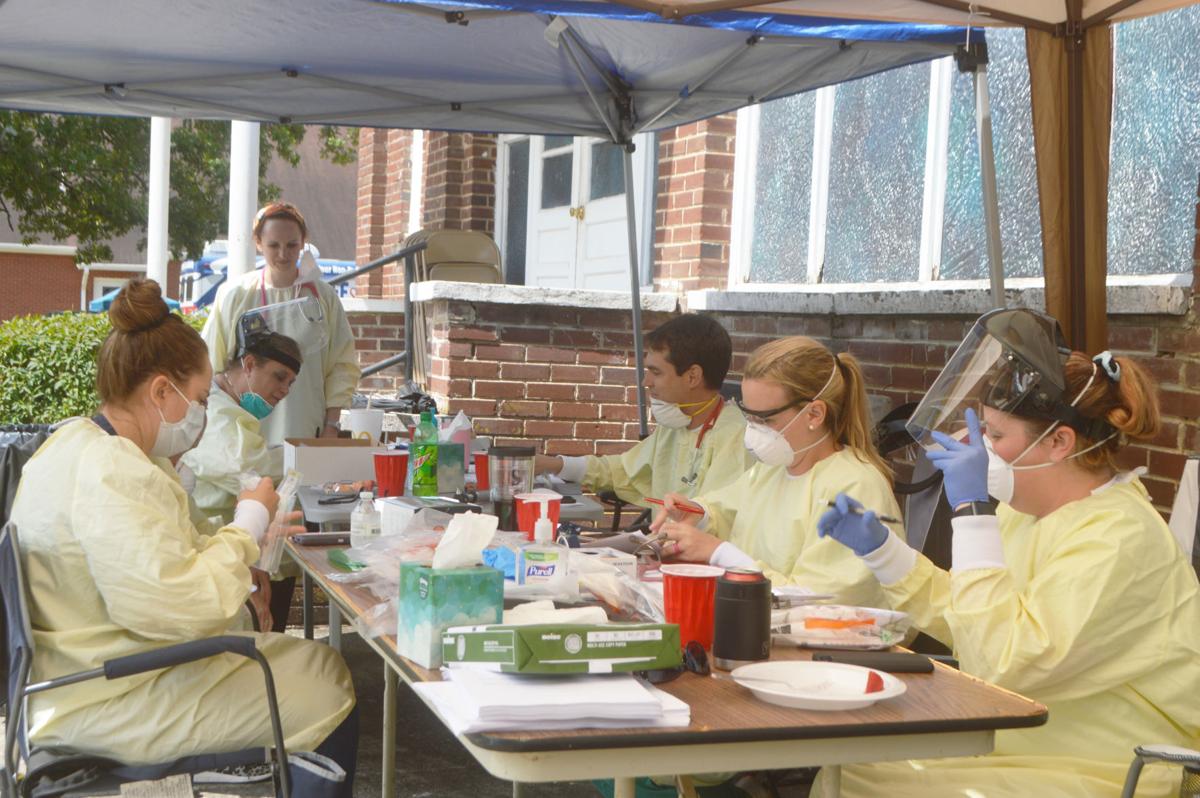 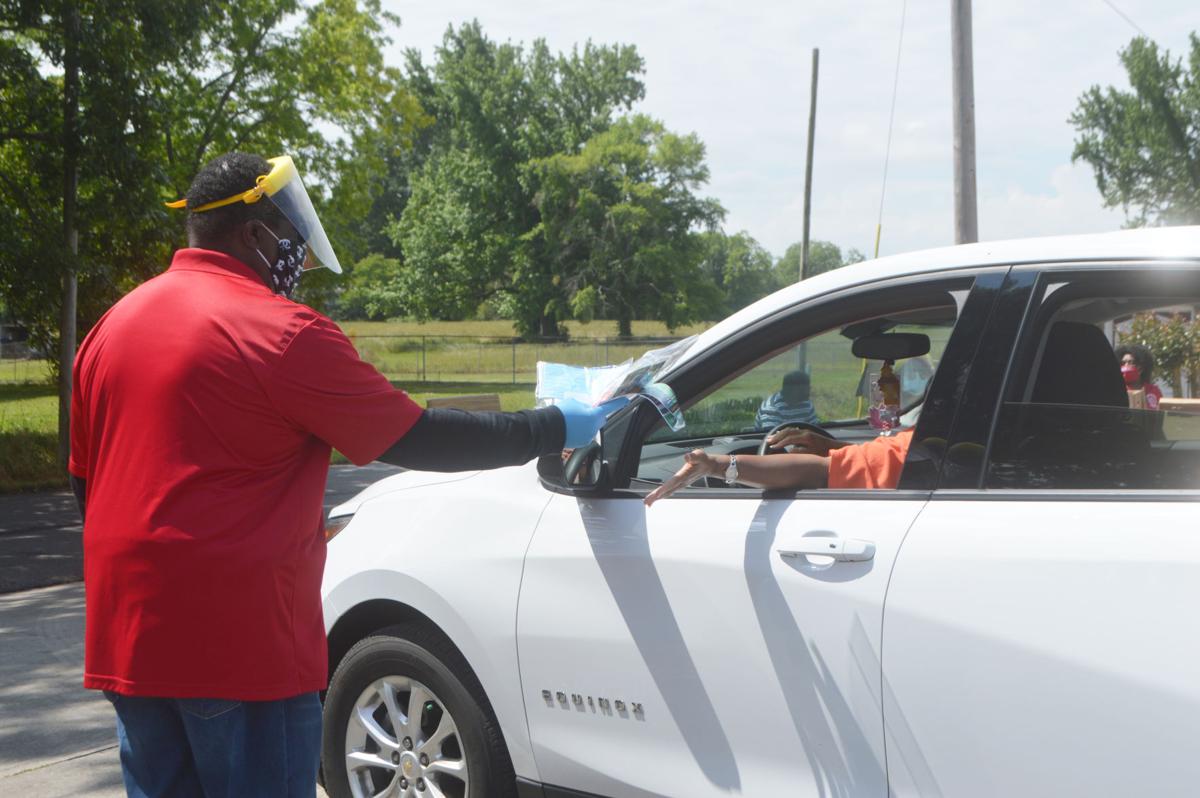 A member of the Limestone County NAACP hands a free kit with a mask, pair of gloves, bottle of hand sanitizer and information sheet on COVID-19 and how to reduce its spread in the community to patients as they left the free testing event hosted Thursday by NAACP and Athens-Limestone Hospital. 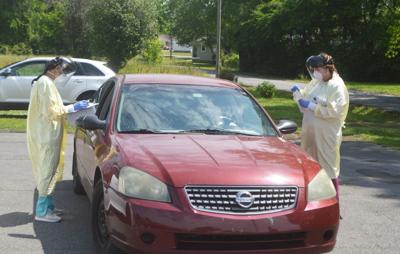 If anyone was curious about local interest in free public COVID-19 testing, they needed look no further than the line Thursday morning on Lucas Street in Athens.

Felicia Lambert, spokesperson for Athens-Limestone Hospital, said cars were lined up by 7:30 a.m. for the 9 a.m. event hosted by the Limestone County NAACP and ALH. By 9:05, 50 had already been tested for the novel coronavirus, and by 10:30, Lambert said they only had 100 tests left.

The event, which included an opportunity for people to donate blood for LifeSouth, was scheduled to end at 3 p.m. Lambert said those who attended the Lucas Street event but did not get a test would instead be asked to provide contact information so the hospital could follow up with them after the event.

On Market Street in Athens, the Athens Family Health Center also saw an active interest, with a consistent stream of cars pulling through the parking lot. Paolo Rios, spokesperson for AFHC, said they had tested more than 30 people by the time The News Courier arrived at 11 a.m., including a man with his three grandchildren.

The tests were free and open to anyone. NAACP also distributed free kits to each vehicle that included masks, gloves, hand sanitizer and information on the new coronavirus and how to reduce its spread in the community.

How many of those tested Thursday were confirmed positive for COVID-19 was not available before The News Courier's press deadline Friday. According to the Alabama Department of Public Health, there have been 71 lab-confirmed cases of the novel coronavirus in Limestone County. Eight patients were hospitalized at ALH with severe cases of the disease, though each has since recovered and been discharged from the hospital.