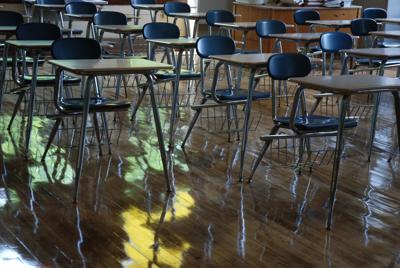 Going into the 2020-2021 school year, educators knew things would be different when it came to returning students to the classroom while dealing with COVID-19.

One half of what is likely the most unconventional school year of the generation is in the books, and now teachers and administrators are looking to finish strong in the winter and spring months.

Superintendent Beth Patton said ACS has been blessed so far this school year in how little coronavirus has spread through city schools. She said the first semester went “extremely well” in that regard.

“We have seen low numbers of positive cases, and most have been at the secondary level,” Patton said. “Most of the cases have been from things that occurred outside of schools, not spread in classrooms.”

It was reported earlier this school year that ACS had 81% of its student population in a traditional classroom setting, and Patton said the system expects even more to return once school is back in session. The second semester is set to begin on schedule Wednesday.

“Things will be mostly the same as the first semester,” Patton said. “I'm a little nervous about the first few weeks after holidays, but we will be watching the numbers very closely. The remote option is still available, but most families have told us they prefer the traditional route. For the most part, it will be business as usual.”

Despite all the challenges, Patton said she is excited to get the next semester underway. Like most people, she said she is also ready for things to improve when it comes to coronavirus.

Changes in the landscape

Thanks to COVID-19, field trips are still out, and visitors to schools will still be limited. This has forced teachers to do more inside the classroom than in typical school years.

Patton said she feels one of the effects this has caused is individual classes becoming more close-knit, as students spend more time together as a unit now that intermingling with other grades and even other classes in the same grade has been reduced.

“I'm sure they've missed that interaction,” she said. “There has been a lot more going on in the classroom this year, even eating meals. Classes have probably bonded more than normal. Usually, they would at least have P.E. with other classes, but that has been limited.”

Another issue for ACS during the pandemic has been obtaining funding for the new Athens Elementary School project from the bond market. Representatives from the school system will have to travel to New York for that, and Patton said they are still waiting on travel restrictions and other things to open up more. She said the trip is currently expected to take place in February or March.