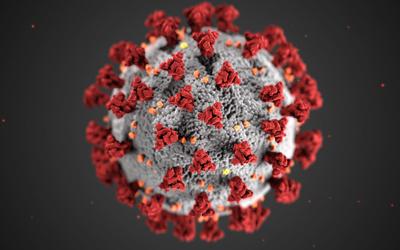 More than 2.4 million people applied for U.S. unemployment benefits last week in the latest wave of layoffs from the viral outbreak that triggered widespread business shutdowns and job cuts by major employers like Uber.

The Labor Department says about 38.6 million people have now filed for jobless claims because of the coronavirus. Another 2.2 million people sought aid under a new federal program for self-employed, contractor and gig workers, who are eligible for jobless benefits for the first time.

The continuing trend of heavy job cuts reflects an economy that is sinking into the worst recession since the Great Depression. Uber says it will lay off 3,000 employees, on top of 3,700 it has already cut, because demand for its ride-hailing services has plummeted.

— Many U.S. colleges are looking to reopen this fall, with dramatic changes like scrapping big lectures, limiting the capacity of dorms and requiring mandatory testing for the coronavirus. At some smaller schools, students may be barred from leaving campus.

— A church in Mississippi has been destroyed by a suspected arson fire about a month after its pastor filed a lawsuit challenging restrictions because of the coronavirus. Investigators at the scene of the First Pentecostal Church in Holly Springs, Mississippi, found graffiti at the scene that read “bet you stay home now you hypokrites.”

— Russian medical workers say they face mistrust, low pay and even hostility as they battle both the coronavirus and a system that fails to support them. Doctors who try to speak out about a lack of protective equipment and dire working conditions are accused of lying, and some are being fired or even face prosecution.

— News outlets in hard-hit Iran say the coronavirus has infected more than 10,000 healthcare workers, after reports earlier in the week put the number of infected health care workers at only 800.

WHAT YOU NEED TO KNOW

For most people, the coronavirus causes mild or moderate symptoms, such as fever and cough that clear up in two to three weeks. For some, especially older adults and people with existing health problems, it can cause more severe illness, including pneumonia and death. The vast majority of people recover.

Here's how the symptoms compare to the flu.

One of the best ways to prevent spread of the virus is washing your hands with soap and water. The U.S. Centers for Disease Control and Prevention recommends first washing with warm or cold water and then lathering soap for 20 seconds to get it on the backs of hands, between fingers and under fingernails before rinsing off.

You should wash your phone, too. Here’s how.

— 300,000: A growing number of health professionals around the world are filling an important role in the effort to guard against a resurgence of the coronavirus. They're known as contact tracers. Some estimate as many as 300,000 of them would be needed in the U.S. to adequately curtail the spread. While some states like Utah have reported having enough contact tracers, others are short hundreds or even thousands of people.

— A golden-domed Sikh temple for centuries has been the symbol of equality in the center of India's capital city. It's serving free meals to millions of people and playing an important role despite the country's coronavirus lockdown banning religious congregations. About four dozen men from the Bangla Sahib Gurdwara have kept the temple’s kitchen open, cooking up to 100,000 meals a day that the New Delhi government distributes at shelters and drop-off points throughout the city.

— A New Zealand woman has been reunited with her dying sister in Australia after gaining an exemption from pandemic travel restrictions on compassionate grounds, after the country turned down her request to fly on four previous occasions. Christine Archer’s only sister, Gail Baker, was diagnosed with incurable ovarian cancer in late March after both countries stopped international travel.