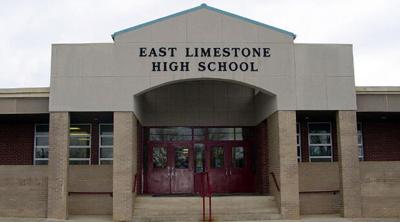 All of East Limestone High School's student body will learn virtually next week due to a large number of students and staff placed on quarantine after possible exposure to the novel coronavirus, Limestone County Schools announced Friday.

Superintendent Randy Shearouse said 398 of the school's 814 traditional students are currently on quarantine. An additional 16 staff members are also on quarantine, though there are only 21 total confirmed cases of the disease among the two groups, Shearouse said Friday.

He said the lack of substitute teachers again played a large factor in the decision to shut down.

"You want to keep kids in school if at all possible," Shearouse told The News Courier. "We tried, but it became increasingly difficult to do with the number of staff out."

He said there are no other hotspots in the county schools system, with most schools reporting six cases or fewer as of Friday. Individuals who are asked to quarantine are encouraged to do so for two weeks, but fortunately for LCS, this particular shutdown will occur the week before Thanksgiving, meaning traditional students would only miss five days of in-class learning.

Thanksgiving break is scheduled for Nov. 25–27 this year, and the decision was made earlier in the year to set Nov. 23–24 as systemwide virtual learning days. Shearouse said LCS will hand out devices to students next week who don't already have them.