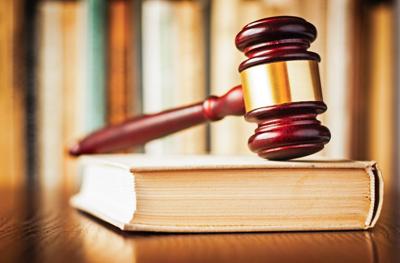 Jury trials are set to resume Oct. 19, but the local district attorney said Tuesday that if his office doesn't get some help financially, it could be a while before Limestone County cases can see a proper day in court.

"We're in a situation where ... basically every revenue stream we have is ending," District Attorney Brian Jones told the Limestone County Commission during their work session.

He explained expenditures are expected to run about $800,000 over the next fiscal year, of which the state has agreed to provide about $375,000. The remaining amount is generally raised through court costs, DA collections, bail bond fees, asset forfeiture, victim service funds, worthless check fees and docket fees.

With the court system down for much of the year, it took a huge chunk out of the money the DA's office could collect towards expenses. Jones said as a result, they set about cutting as much in costs as they could in 2020, even going so far as to stop subscribing to the legal research software they use to prepare for cases.

Even with jury trials postponed, there were still other trials and hearings to attend. Jones admitted they've resorted to using Google to help with legal research for most of the year, and it "isn't working that well." Furthermore, staff in his office has been cut drastically, and when one of the assistant district attorneys in his office was chosen to serve as a judge, Jones said he held off hiring another one.

"Right now, if you come across the courthouse and walk in my office, there's nobody sitting out front," Jones told commissioners. "You have to ring a bell, you have to call our office, and nobody'll answer the phone. It's a digital system, because we can't afford to hire somebody to put them out front."

While that all may sound unsettling for a court system with so many major cases set to play out in the near future, Jones said there is a possible solution — $150,000 from the Commission. He said the money will help him afford two assistant district attorneys and a receptionist.

"We're one of the few counties in the state that does not receive any assistance from the county commission," he said. "... We've done everything we can, independent, of our own, before we came to you."

In his formal budget request, filed Aug. 3, Jones noted the growth in Limestone County and its effect on the number of cases his office will have to handle. He reiterated this point for commissioners Tuesday.

Beyond having ADAs to appear in the courtroom, having a receptionist will allow the DA's office to resume filing court cost recovery paperwork on a more regular basis, which can lead to better revenue for the office moving forward.

Commissioners did not take action on Jones' request during the work session or the meeting that followed. They will vote on the fiscal year 2021 budget, which will include approval of select budget requests by local organizations and departments, at their Sept. 21 meeting in the Clinton Street Courthouse Annex.