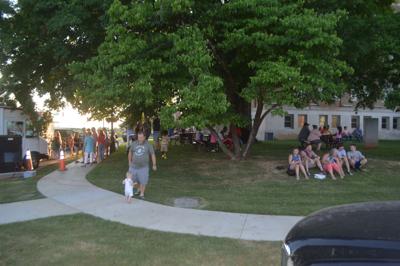 While the remainder of the 2020 Summer Concert Series on The Square in Athens has been canceled due to COVID-19, another related seasonal event is on as scheduled.

Athens Main Street made the decision today to move forward with hosting the Fridays After Five event planned for July 17.

Athens Main Street said in a statement its board met and, after much discussion, decided to have the event, while encouraging people to wear masks and maintain social distancing while shopping and dining.

Though the accompanying concert planned for the Limestone County Courthouse by the Athens-Limestone County Tourism Association has been canceled, music will still be played during Fridays After Five through the courthouse sound system.

Visitors will also be able to carry purchased alcoholic beverages around The Square in approved containers as part of The Square Arts & Entertainment District ordinance.

“We regret we will not have our food trucks, but sidewalk dining will be available as will carryout that can be taken to the lovely tables on the courthouse lawn,” said Athens Main Street.

Tere Richardson, executive director of Athens Main Street, said the decision on whether or not to cancel this month's Fridays After Five event was “very difficult.”

The first Fridays After Five event was originally scheduled for May but was canceled due to the novel coronavirus. Athens Main Street is set to partner with High Cotton Arts for the final scheduled event of the series Aug. 14.

Richardson said the groups will discuss whether or not to host the final event of the series at a later date.

“We will look at how the number of cases are going and make that call later,” she said.