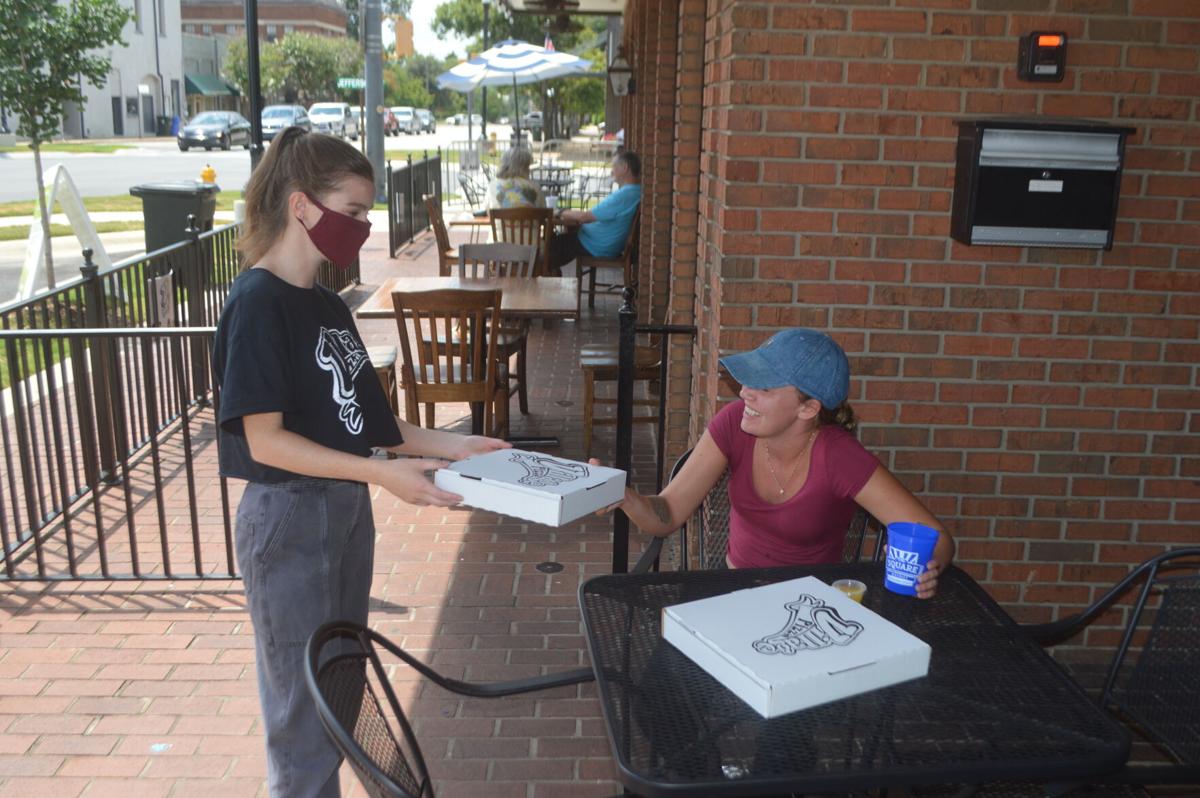 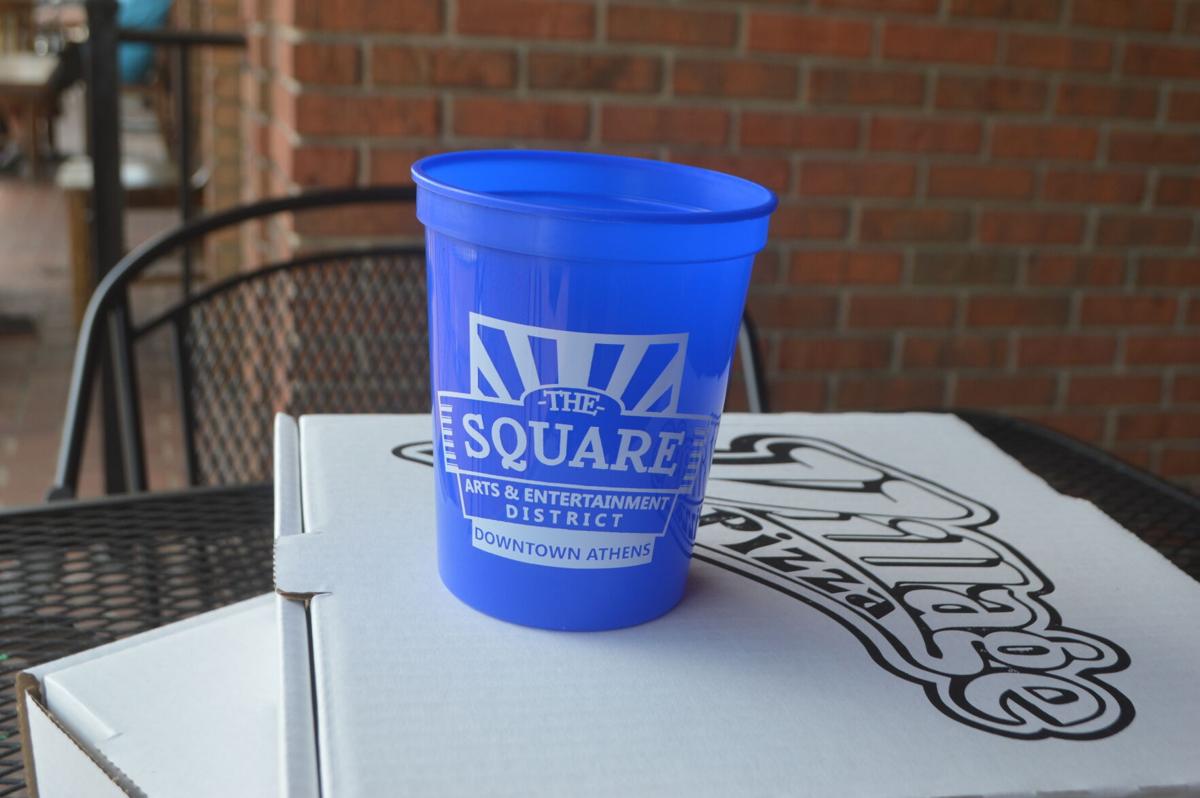 Athens Main Street has received the specialized The Square Arts & Entertainment District cups that can be used to carry alcoholic beverages around The Square. The cups have been passed out to restaurants on The Square that sell alcohol.

Dining outdoors at restaurants on The Square in Athens may have come about as a result of coronavirus, but Athens Main Street and the City Council have taken steps to make the popular option a permanent feature of downtown.

The Council voted Monday during its meeting to give $10,000 to Athens Main Street in order to purchase wrought iron stanchions that will be used to replace temporary barriers that delineate outdoor dining space on The Square.

Athens Mayor Ronnie Marks is providing $7,000 out of a special events fund, while the other $3,000 will be appropriated by the Council from the city's general fund. Marks said he has received “very positive” feedback about the outdoor dining.

“Aesthetically, it will look great,” he said.

Athens Main Street Executive Director Tere Richardson said the new stanchions will be similar to what Village Pizza has in place now. Posts and chains will be used to expand the marked-off outdoor dining areas and extend them down West Market Street and North Jefferson Street.

She said the whole concept behind the new barriers is to make the outdoor dining on The Square more permanent. Old Iron Mill LLC in East Limestone will be supplying the stanchions, which the city hopes to have in place by Sept. 1.

“When visitors come downtown and they see the outdoor dining and how festive The Square looks, it encourages them to sit outside and dine and to want to come back,” she said. “It helps draw people to downtown Athens and gives them a safer place to dine and enjoy being outside.”

Richardson said there is a donor who is funding the purchase of 15 royal blue umbrellas that will be placed in the outdoor dining areas and feature the entertainment district's logo.

According to Richardson, Village Pizza, Lucia's Cochina Mexicana, Terranova's and Wildwood Deli will all have outdoor dining space available as part of the upgrade. While Mozza is a member of the entertainment district, the slope of the sidewalk prohibits outdoor dining at that location.

Additionally, The Sweetest Things Tea Room has applied for outdoor dining, and Richardson expects Hildegard's German Cuisine will have seating outdoors as well when it moves into its new Athens location.

“Hildegard's opening up its new location is on hold,” Richardson said. “... Had COVID-19 not hit, they were set to open in April or May. I heard from them last week, and they still have plans to move forward but no firm open date.”

Richardson said Athens Main Street has received the customized cups for The Square Arts & Entertainment District, and they have been passed out to the restaurants there that sell alcohol.