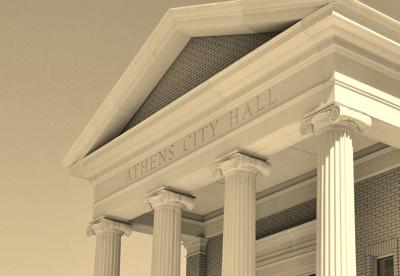 With more than 15,000 active registered voters and more candidates running in 2020 than in 2016, the city of Athens was already expecting more residents to apply for absentee ballots. With a pandemic on top of it all, numbers are expected to be "exponentially" higher, according to city clerk Annette Threet.

Residents have until Aug. 10 to register to vote in the Aug. 25 municipal election, which will determine the city's mayor and new District 4 council representative. In 2016, with fewer candidates and no global health crisis, Threet said there were fewer than 40 residents who voted using an absentee ballot.

This year, she's already received "lots of inquiries" and seven applications — and there's still about three weeks to go before applications are due for this year's municipal election.

"We had 38 absentee ballots total in 2016," Threet said. "I'm expecting exponentially more than that this time."

The deadline to apply for a ballot is Aug. 20, with emergency applications due by Aug. 24. To apply, residents can visit bit.ly/AthensElectionInfo to download an application, which must then be printed out, filled out and turned in with a copy of the resident's valid picture ID.

"It's important that they read the instructions carefully," Threet said of the application. "There are a couple small exceptions to sending in a copy of their picture ID. If they don't meet those exceptions, they either have to bring a copy of their ID to me in person, or they can mail it."

She advised residents to make sure their information on the absentee ballot application matches their voter registration information. If it doesn't match, the resident may have to vote using a provisional ballot.

"Assuming they complete the application satisfactorily and have a copy of their ID, they can then obtain the ballot," Threet said. "They can stand at the front counter and fill it out, or we can mail them the ballot and envelope to mail it back to me."

Some have voiced concern over the security of mail-in voting, but there's "very stringent rules for absentee voting, for obvious reasons," she said.

If the voter is mailing their ballot in, they have to seal their completed ballot in a secrecy envelope, place it in a larger white envelope that has to be witnessed by two people or notarized, then into a third envelope for mailing. If they're voting inside City Hall, they'll only need the first two envelopes, she said.

To prevent double-voting, a record is kept of anyone who qualifies and receives an absentee ballot. That way, if someone attempts to visit a polling place Aug. 25 and vote under the same registration, poll workers know to give them a provisional ballot. Provisional ballots serve as a way to record the vote in case the voter's eligibility is verified, while also letting election officials know there were questions regarding said eligibility.

Absentee ballots can be delivered up until noon Aug. 25. Threet reminded those who plan to visit City Hall that visitors are asked to wear a mask or other facial covering. Glass has been installed throughout the building to further protect employees and visitors.

Residents can also email Threet at abarnes@athensal.us or call 256-233-8004 with questions.

The following candidates have qualified to appear on the ballot in this year's municipal election:

Council members Chris Seibert, Harold Wales, Frank Travis and Wayne Harper each qualified for their respective districts but did not have opposition, allowing them to automatically continue in their position for another term.