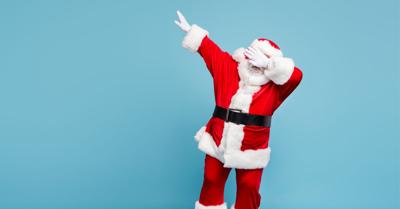 Parade organizers have extended the registration period until noon Monday, Nov. 30, giving potential participants a chance to visit tourathens.com/christmas and join the more than 90 floats that have already been registered. This year's theme is "A Christmas Wish: Love, Unity and Community."

The 2020 parade is hosted through a major community partnership that includes the City of Athens, Limestone County, Athens Main Street, Athens-Limestone County Tourism Association, Greater Limestone County Chamber of Commerce, Athens City Schools, Limestone County Schools and community members Maria Taylor, Jerome Malone and Blake Williams. Williams thanked all involved for their help in making sure the Athens holiday season was safe and fun for everyone.

Those who participate in the parade are required to wear a mask upon arrival to line up for the parade, as well as during the lineup and judging process. Lineup starts 3:15 p.m. Dec. 3 at Athens Middle School on U.S. 31, with the parade starting at 6 p.m.

"Once the parade begins, if everyone in your group is able to socially distance themselves 6 feet or more apart, you may remove your mask," Williams said.

Those watching the parade are strongly encouraged to follow similar rules, keeping 6 feet apart from members of other households and wearing a mask or other facial covering when unable to do so.

A tree lighting hosted by the Limestone County Commission will be held one hour before the parade on the east side lawn of the Limestone Courthouse. Tom McClung will sing carols, and ornaments decorated by area students will be judged.