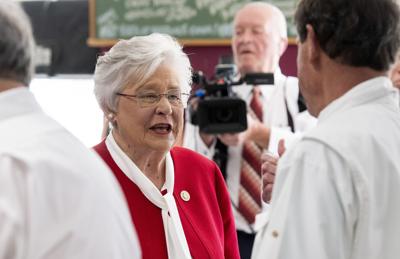 Filmore, previously the top deputy in the position, has been an advisor to Ivey since 2013, when she worked on Ivey’s re-election campaign for lieutenant governor.

“Loyalty and integrity are two of the most important qualifications needed to be an effective chief of staff,” Ivey said in a statement. “Liz possesses both of these qualities and more. I am proud she has agreed to take on the critical responsibilities that accompany this position.”

Bonner, who previously represented southwest Alabama in Congress, was selected as the next president of the University of South Alabama in Mobile. Bonner will remain on Ivey’s staff through the end of the year.