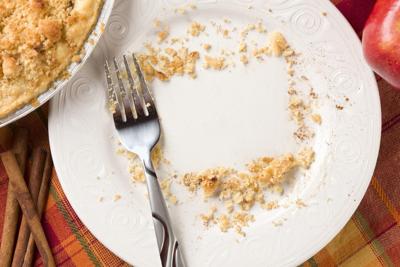 During this long cold winter, my mind has gone back in time. So many memories, nostalgia and tales from my life and family bring a smile to my face.

One ancestor was Isom “Kitteneye” Slone, born during the Civil War while his father and older brothers were away fighting. His mother and her youngest son were left alone in their cabin in the wilderness when Isom was born prematurely.

Many tales of Kitteneye are passed down, but one of my favorites is when he was much older and a mite bigger than a kitten’s eye, too.

He and several other men had been cutting trees with axes and crosscut saws. For most of the day, they loaded the logs onto wagons to be pulled by mules to the sawmill. The sun was hotter than they expected, and they had used up all the drinking water they had brought along.

They spoke about how good a nice dipperful of cool water would be when miraculously one of the men spotted the shape of a woman approaching them from way off in the distance. She moved slowly, and as she got a bit closer, they noticed she was toting a bucket of water.

It is customary in the hills to share whatever you have with anyone you encounter. It was actually a necessary part of survival.

Oh, happy day. They all began to salivate at the prospect of a nice, cool drink as they continued the labor at hand, but kept glancing in her direction. She was headed directly toward them.

As she came closer, it was obvious that she was old and shabbily dressed. Her big bonnet nearly hid her face but her deliberate movements revealed much about her.

By now, their mouths were watering with anticipation of quenching their powerful thirst. However, as she came even closer, Kitteneye noticed something that caused his stomach to churn.

Her weathered face was covered with dried-on tobacco stains, especially where the juice had dried from dripping down her chin and neck, from both corners of her mouth. It didn’t seem to bother his companions, but Kitteneye just couldn’t get that image out of his mind as he noticed the hollowed-out gourd used for a dipper in the bucket. He didn’t want to use it after her.

Graciously, he allowed his companions first choice as he tried and scrambled his brain to seek a solution to his dilemma, but just then, he noticed something his companions evidently did not.

In the very tip of the handle was a small round hole. He figured that since he didn’t want to put his lips anyplace near where her lips had been, this was a miracle, so he patiently waited his turn.

When it finally came, he submerged the gourd dipper and retrieved it, but instead of sipping from the side of the natural bowl, he threw his head back, opened his mouth, raised the dipper up high and let the water run through the small hole into his mouth.

It was so tasty and refreshing that he went back for seconds. Oh, what sweet satisfaction, but just as he allowed the last trickle to fill his mouth, the old woman spoke up.

“Well, Ah’ll be dogged. Ah never seed nobody else ever drank from a dipper the same way Ah allus do.”

As her words sunk in, poor Kitteneye nearly fainted. His stomach churned, and he felt queasy. Without a doubt, he knew in no uncertain terms that she probably sucked it from the end of that narrow handle, but somehow he kept it together and didn’t lose the contents of his stomach.

The old woman, now with only about a half of bucket of water, ambled on her way toward her unknown destination.

Once out of earshot, Kitteneye shared his disgust with what he had just done. He would rather have dried up and blowed away than to fool with someone whose hygiene was so lacking.

His companions hooted and hollered as they kidded and joked with him. He knew they would never let him live it down, and they didn’t disappoint.

But one thing is for sure: he gave generations of Slones and Halls an unforgettable memory and story to pass on.

The moral of his story is twofold: Always be prepared (he never was short of water again), and don’t look a gift horse in the mouth.