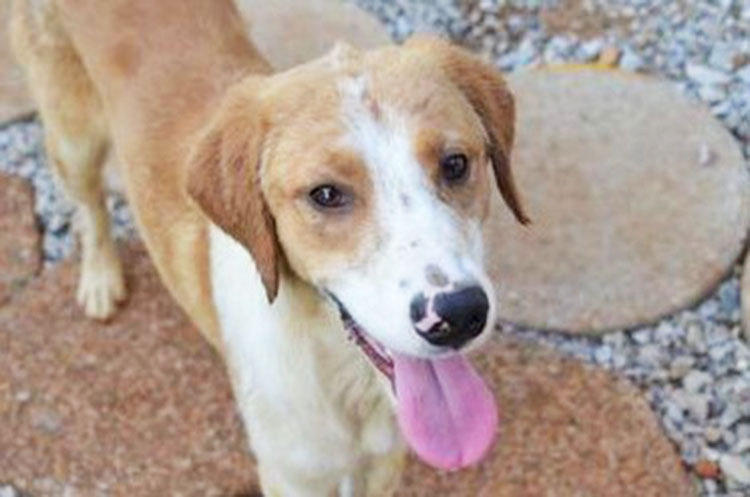 Delta is a sweet spaniel who was rescued with more than 40 other dogs from a hoarding situation. She is a bit shy, but warms up to kindness and treats. 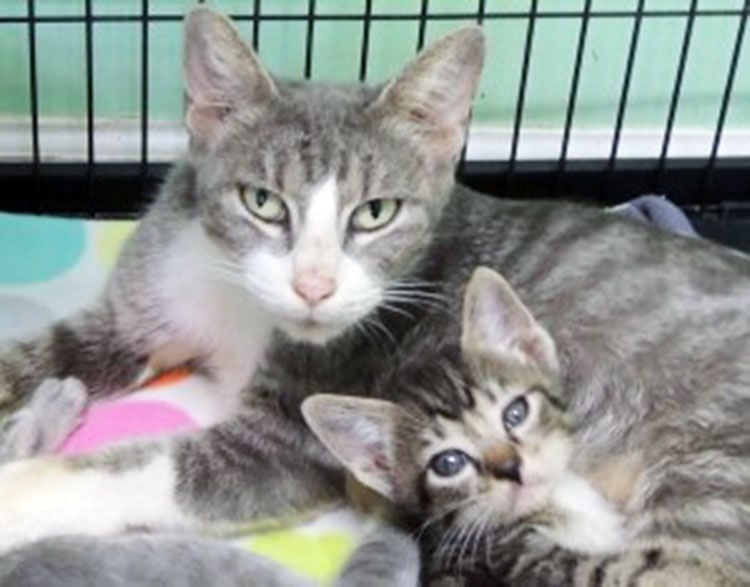 Fancy is a beautiful grey and white tabby with two babies who will soon be ready for homes of their own. There are dozens of adult cats and kittens from which to choose.

Delta is a sweet spaniel who was rescued with more than 40 other dogs from a hoarding situation. She is a bit shy, but warms up to kindness and treats.

Fancy is a beautiful grey and white tabby with two babies who will soon be ready for homes of their own. There are dozens of adult cats and kittens from which to choose.

Over the past week or so, several pet-related stories on social media have affected me, especially as we approach the day we are encouraged to give thanks for our many blessings.

Someone shared a post on Facebook from Underhound Railroad that brought tears to my eyes. It tells the story of a dog chained outside that wants nothing more than affection from the people who live in the house.

He’s dirty, his chain tips over his food and water dishes and he barks all day because he has nothing else to do. There are two such dogs on my block, which breaks my heart.

Another post linked to a story by the Dodo and tells of a partnership between the La Vista Police Department and the Nebraska Humane Society. Police officers are taking dogs from the local shelter on ride-alongs to get them out of the shelter for a few hours, give them visibility with potential adopters and provide them with socialization opportunities.

The LVPD, which based their community policing program on a similar initiative in Green Bay, Wisconsin, chose 6-year-old Mickey for their inaugural ride. As a result of that ride, a young couple saw Mickey, visited the shelter, fell in love and became adoring, lifelong pet parents.

I read about a recent study from Northeastern University and the University of Colorado, which showed many people have more empathy for children and animals than they do for human adults. According to psychotherapist Justin Lioi, “Dogs and babies are the definition of didn’t-ask-for-this, and we are more likely to rush to support them.”

Sociologist Dr. Katherine McAleese suggested some people are more patient with animals than with other humans because dogs can't speak up for themselves so they are the dog’s advocate. Animal trainer Russell Hartstein opined, “Dogs provide unconditional love and many times people form stronger bonds with their pet than with another human.”

One of my favorite Facebook posts concerned the adoption of two dogs by NFL player Ronnie Stanley of the Baltimore Ravens. When he went to his local animal shelter with a teammate and his girlfriend, he told the staff that, “We are looking for a dog that’s been here a long time and is maybe not-so-adoptable.”

They showed him a 6-year-old named Winter, who had been abandoned in a vacant home without food and water. She had also been repeatedly bred, resulting in a permanently low hanging belly, but as Ronnie said, “Well, that’s just what happens when you’ve had babies,” and he adopted her.

Along with Rico, another dog they adopted from the shelter, Winter, renamed Lola, plays in the yard and snuggles with her human parents in the bed they all share.

What I don’t understand is why some of us have it in our DNA to love and care for animals, and others choose to have animals yet abuse or neglect them. As a member of the first group, I pledge to not only care for my own pets but to protect and defend those without dedicated human advocates.

Will you join me?

— Pets and the People Who Love Them is brought to you by your friends at the Athens Limestone Animal Shelter. To adopt a dog or cat, please visit the Athens-Limestone Animal Shelter at 1701 U.S. 72 (behind Limestone Veterinary Clinic) visit our Facebook page or call us at 256-771-7889. E-mail your questions and story ideas to me at PetsAndPeople@charter.net and I’ll check with the experts (veterinarians, animal behaviorists, etc.) and get back to you in a future column.