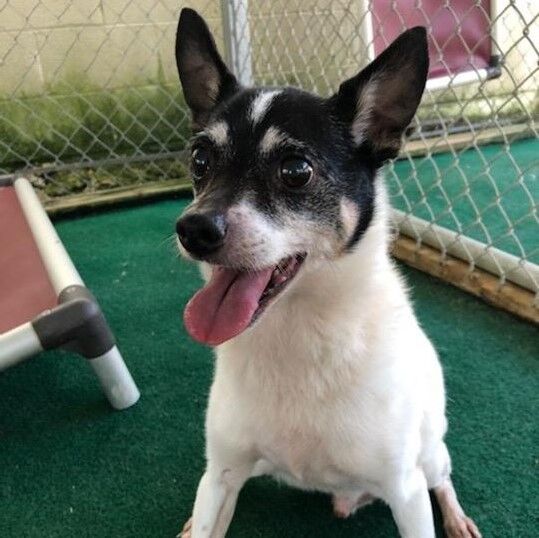 Donnie is a 15 pound, 8-year-old Rat Terrier, who needs a forever home. This sweet boy is waiting for your call. 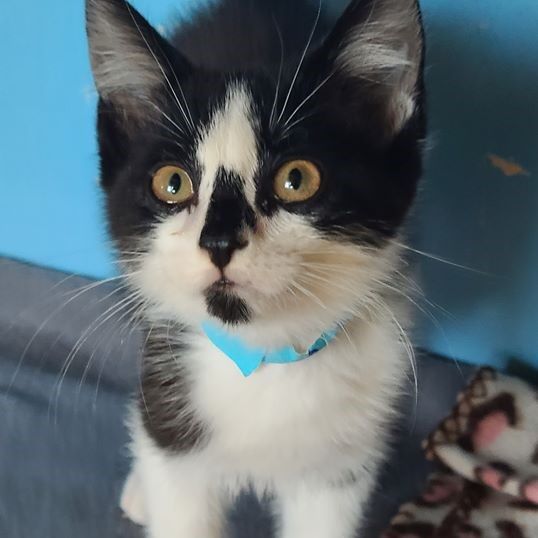 Griffin is just one of dozens of cats and kittens at the shelter and in foster homes, with more arriving every day. Please adopt, instead of purchasing animals; and please have your pets spayed or neutered.

Donnie is a 15 pound, 8-year-old Rat Terrier, who needs a forever home. This sweet boy is waiting for your call.

Griffin is just one of dozens of cats and kittens at the shelter and in foster homes, with more arriving every day. Please adopt, instead of purchasing animals; and please have your pets spayed or neutered.

Our pets are integral parts of our daily lives, even the way we speak. Most of us understand the meaning when someone is referred to as “catty,” or a young man is called a “tomcat.” But have you ever wondered how some of our idioms came to be? For example, how often have you heard the expression, “it’s raining cats and dogs?” The Library of Congress debunks the theory that the expression comes from stray cats and dogs getting rained out of thatched roofs. Instead they say that it most likely comes from a misunderstanding of another expression … either the Greek expression “cata doxa,” which means beyond belief or the old English word “catadupe,” which means waterfall.

If you remember the popular music of the early 70s, you’ll remember the group called Three Dog Night. Did you know they took their name from an old expression, meaning a very cold night? On such a night, one or two dogs sleeping with you weren’t enough. You needed three dogs to keep you warm. And conversely, “dog day afternoon” refers to a dog’s good sense to find a shady place to keep cool on a hot afternoon.

To understand how “sick as a dog” became a popular expression, you need to understand that it originated in England, where to be “sick” generally means to vomit, rather than to simply feel bad. And if you’ve ever seen and heard a dog vomit, you’ll understand what it means to feel as sick as a dog.

Speaking of sick … “hair of the dog that bit you” refers to the belief that a small amount of the beverage that made you sick just might make you feel better. It is believed to originate from an old Scottish “cure” for rabies, which was to place a few hairs from the dog that bit you into the bite mark.

Kittens learn by following their mother’s lead, which has led to the theory of how “copycat” became a common expression.

Less familiar but a good proverb, nonetheless, is “a cat may look at a king.” At a time when commoners were expected to lower their eyes in the presence of royalty, these were rebellious words indeed, as they encouraged people to disregard status, much as a cat would do with most any human. According to Oxford Dictionary, a more modern translation is that even someone considered unimportant according to societal standards has rights.

If you have a pet idiom or proverb that you think is the cat’s pajamas, then throw me a bone and send it to me.

— Pets and the People Who Love Them is brought to you on behalf of your friends at the Athens-Limestone Animal Shelter. To adopt a dog or cat, please visit www.limestonepets.org to view available animals and fill out an application. Call 256-771-7889 to make an appointment to visit the shelter and meet your new best friend at 1701 U.S. 72 (behind Limestone Veterinary Clinic).