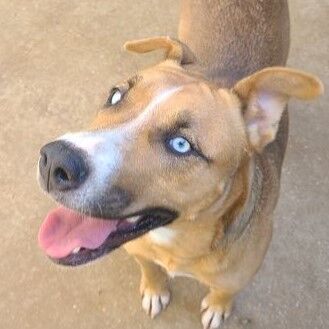 Just look at those beautiful eyes. It looks like pretty Hera has some Husky in her family tree, and she’s ready to look adoringly at you. 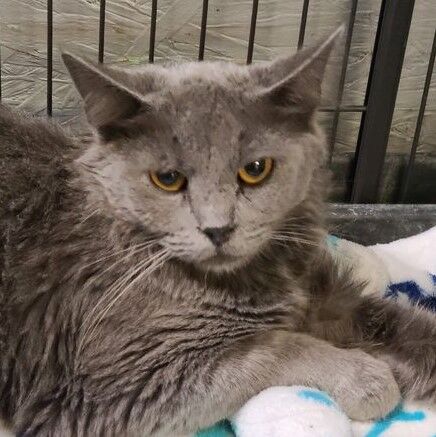 Koala is simply gorgeous. If you want to take this beauty home with you, fill out an application.

Just look at those beautiful eyes. It looks like pretty Hera has some Husky in her family tree, and she’s ready to look adoringly at you.

Koala is simply gorgeous. If you want to take this beauty home with you, fill out an application.

Several years ago, I read in the paper about a local man arrested for “dragging a dog down the road behind his pickup truck.” I was appalled and ready to call for animal lovers throughout the county to show their support for this abused dog by showing up for the man’s hearing, wearing ribbons of whatever color is designated for prevention of animal abuse.

Apparently, this dog had been hanging around the man’s house, eating his dog’s food, and had allegedly bitten him and tried to bite at least two other family members. According to the man, he was trying to lead the dog away from his home, not intentionally dragging it down the road. Fortunately, the animal was not badly injured, and God bless the neighbor who reported the incident and the people who rescued the dog.

Even if you believe the man’s story of the dog’s aggressive behavior, did he really think that “leading” the dog down the road, chained to the back of a truck, was going to solve his problem? At best, in the words of a former colleague, it sounds as if this man didn’t have the sense God gave a piss-ant. Had he tried calling the sheriff’s department to ask for help from Animal Control — the same sheriff’s department that would arrest him for cruelty to animals?

Once I knew the dog was safe, my primary concern was the culture that still exists, which told this man that if he drove slowly enough, pulling a dog behind a truck was OK. It is the same culture that tells someone that abandoning animals when moving away is OK. Or paying so little attention to a “pet” that his collar becomes embedded into his neck is excusable. Or that you can own an animal without accepting the responsibility to appropriately feed, water and provide shelter, attention and veterinary care.

I fully understand I’m nuts when it comes to animals. I have embarrassed myself more than once in my veterinarian’s office by choking up or downright sobbing as difficult decisions were being made for my animals, and I literally get sick to my stomach at the thought of an animal being mistreated. I don’t expect everyone to invest that much of themselves into every stray dog or cat that wanders through their yard, but I will never understand why someone would get an animal that they won’t commit to loving for the rest of a long and healthy life. If you can’t or won’t be a good pet owner, don’t get a pet!

If you think you want a pet, do some research into what might be required to place you in that good pet owner class. Talk to your veterinarian; whatever pet you get, chances are you’ll need an animal doctor at some point, and the vet can give you an idea of what to expect as a commitment in time and financial resources necessary to appropriately care for your new pet. Not every animal is well matched to every family situation. If you want an animal but you work really long hours and are rarely home, maybe you should consider a goldfish or a hamster, rather than a dog that needs a lot of exercise and socialization. Or maybe you could adopt a couple of cats that could keep each other company while you’re gone but give you the companionship you seek when you get home.

When facing end-of-life decisions for an elderly cat, I asked my veterinarian to tell me when it was time to let Muttikatz go. I told him the criteria used to make the decision had to be what was best for Mutti, not what was easiest for me.

That same criteria could be used to make the decision to get an animal or not. Just ask yourself, "Am I equipped — financially, emotionally and situationally — to give this animal what he needs to be safe, healthy and happy?" After all, isn’t that what we all want and need?

— Pets and the People Who Love Them is brought to you on behalf of your friends at the Athens-Limestone Animal Shelter. To adopt a dog or cat, please visit www.limestonepets.org to view available animals and fill out an application. Call 256-771-7889 to make an appointment to visit the shelter and meet your new best friend at 1701 U.S. 72 (behind Limestone Veterinary Clinic).