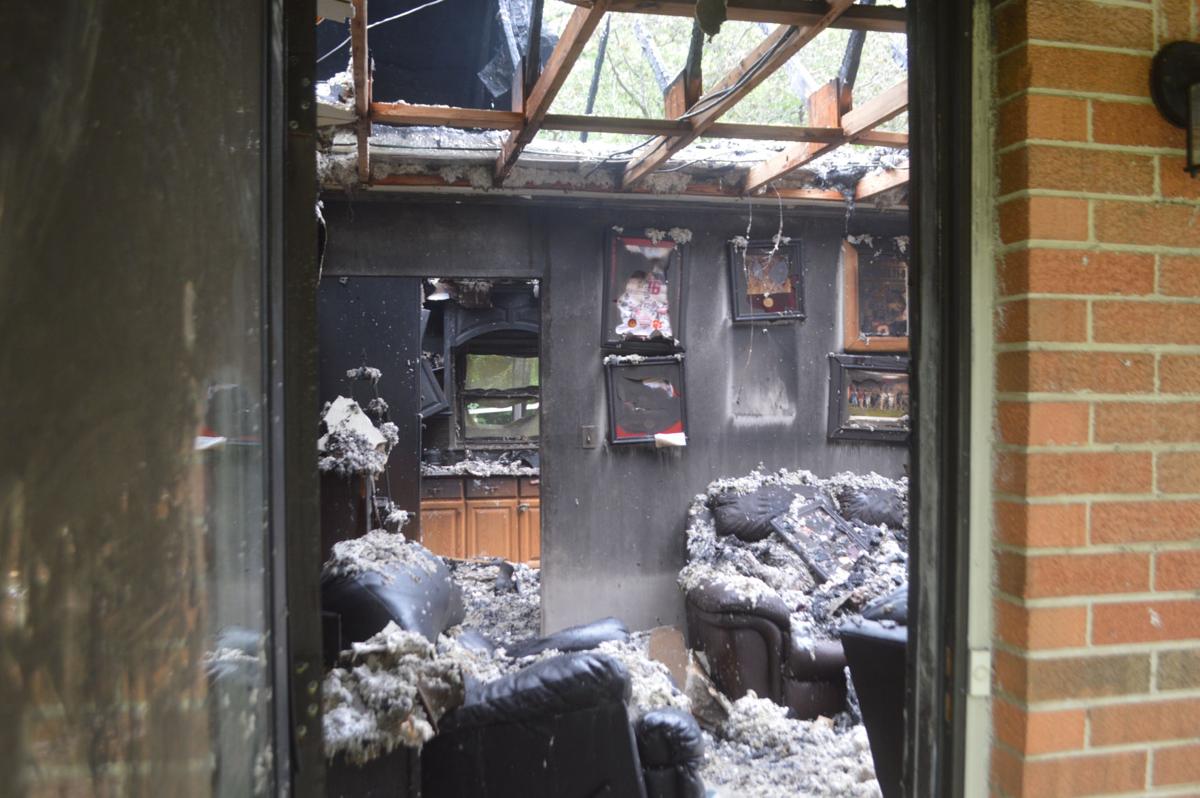 A view through the front door of this home on Huntsville-Browns Ferry Road shows damage to the living room furniture, wall decor and ceiling after a fire Monday night. Shortly after this photo was taken, the fire rekindled and caused more damage to the home. 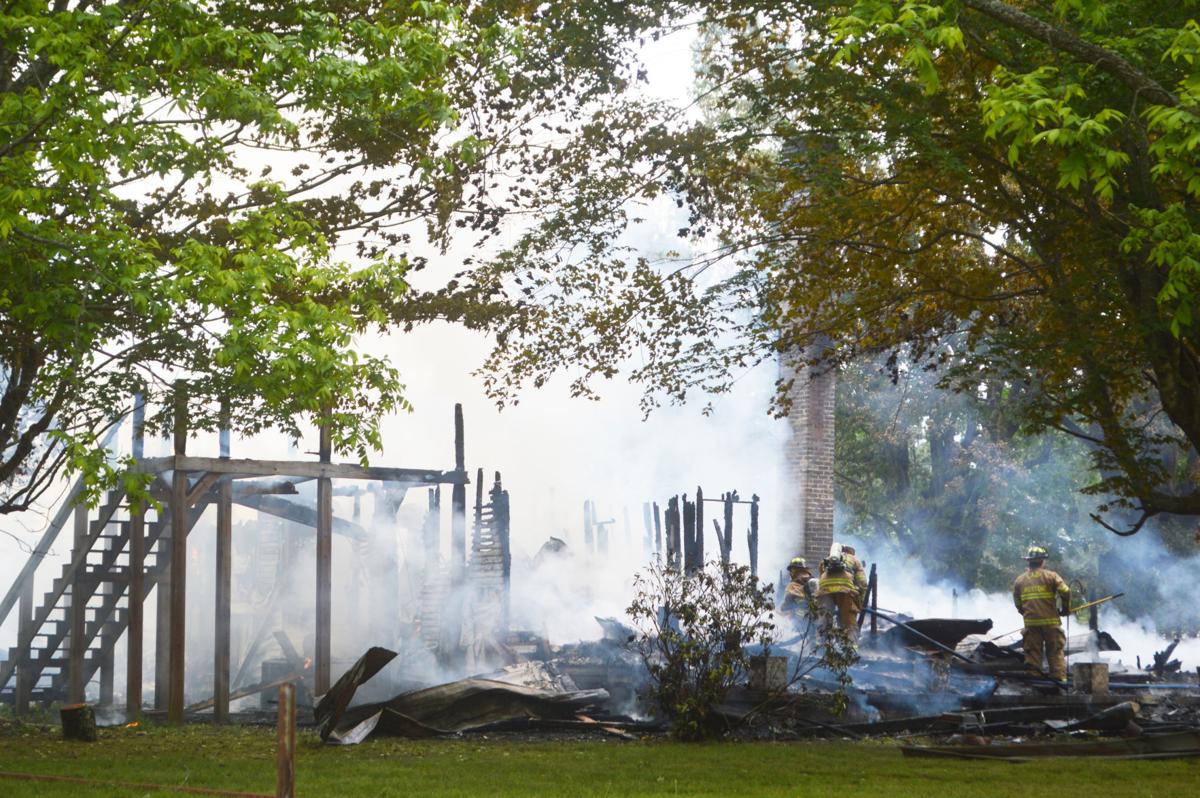 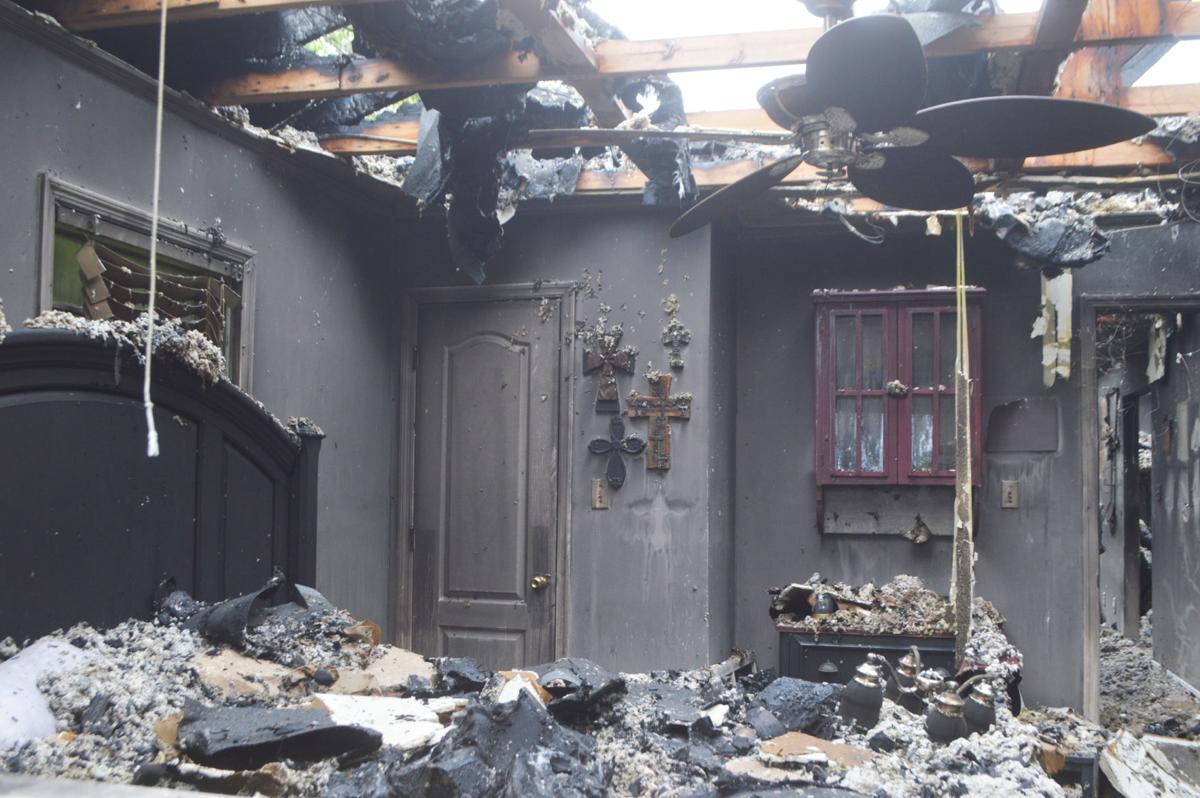 Anthony and Sharon Bates were in bed Monday night when their dog, Skeeter, alerted them to a fire in the carport. Sharon Bates marveled at how one of the crosses on her wall was left completely untouched by the flames. 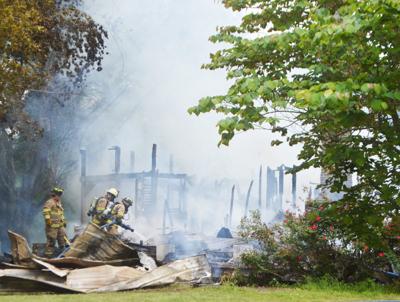 Two families in Limestone County are doing their best to pick up the pieces after separate fires rendered their homes and most of their belongings a total loss.

The first fire started between 10:30 and 11 p.m. Monday in the 16000 block of Huntsville-Browns Ferry Road. Anthony Bates, who lived in the home with his wife, Sharon, said he had only been in bed a few minutes when he heard what sounded like a driver's tire bursting outside.

"I thought somebody had a blowout. I looked out the window when I heard the pop, didn't see nothing, laid back down in bed," he said.

The noise was coming from his wife's car. The fire had already burned hot enough to pop her tires, but it wasn't until their pet Chihuahua, Skeeter, began acting strange that Bates got up from bed and realized there were flames coming from the carport.

"If it wouldn't have been for him, y'all would be doing obituaries about us," he told The News Courier.

Bates said it was the first time he's ever yelled at his wife, but he started yelling at her to get out of bed and leave the house. They had been living there less than a year.

The fire spread from one end of the house to the other. From a spot in the yard Tuesday morning, the Bates discussed some of what was left — freshly laundered towels she had received from a patient at her job in hospice care, one of the crosses that hung in their bedroom, scraps of his Alabama memorabilia in the living room.

They also shared their gratitude for the volunteer firefighters who responded so quickly to the blaze. Anthony Bates said Tanner, Clements and Owens volunteer fire departments started arriving within 15 minutes of his emergency call. His wife said they were thankful for all of them.

Multiple agencies also responded to a fire shortly after 9 a.m. Tuesday on Upper Fort Hampton Road in Elkmont. Firefighters who worked the scene told The News Courier there were no injuries, but little remained of the house after the blaze.

The News Courier was able to confirm that one of the adults living in the home is an employee of Limestone County Schools. Another employee who was at the scene said donations are being collected to help the family.