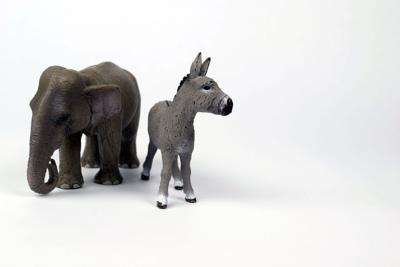 Those wishing to cast their ballot in the upcoming general election only have a few days left to register to vote in Limestone County.

After the person is registered, they will receive a courtesy card in the mail confirming their registration and letting them know their polling location. Voters can also visit myinfo.alabamavotes.gov to confirm registration status and find their polling location. The courtesy card is not required when one goes to vote, Smith said, but one does need to present valid government-issued photo ID when they vote.

She said the board of registrars office has seen a much greater interest in the 2020 election compared to 2016. As of Oct. 14, 2016, there were only 57,323 voters in Limestone County, according to Smith; in the four years between then and Wednesday, the number of voters had risen to 70,981.

She said it's exciting to see people showing such an interest in who their elected officials are.

"We've all been excited about the amount of traffic that's coming to our office and even what we get in the mail," she said, adding many of the usual voter drives were canceled due to the coronavirus pandemic. "We miss that (voter drives), but it doesn't seem to have a lot of bearing on people not coming in to vote, because they have made an effort."

The 2020 ballot includes multiple federal, state and local races. In addition to choosing the next president and vice president, voters in Limestone County will have a say in the following:

• President of the Public Service Commission;

• State Board of Education, District 7;

• Limestone County Board of Education, District 4; and

• Limestone County Board of Education, District 5.

While all voters will have a say in the presidential and vice presidential race, other races will only appear on certain ballots. For example, Limestone County is split between two districts on the state Board of Education, with District 7 representing the west half. Therefore, voters who live in District 7 will be able to vote for their representative, while voters who live in District 8, which represents the other half, will not see that race on their ballot.