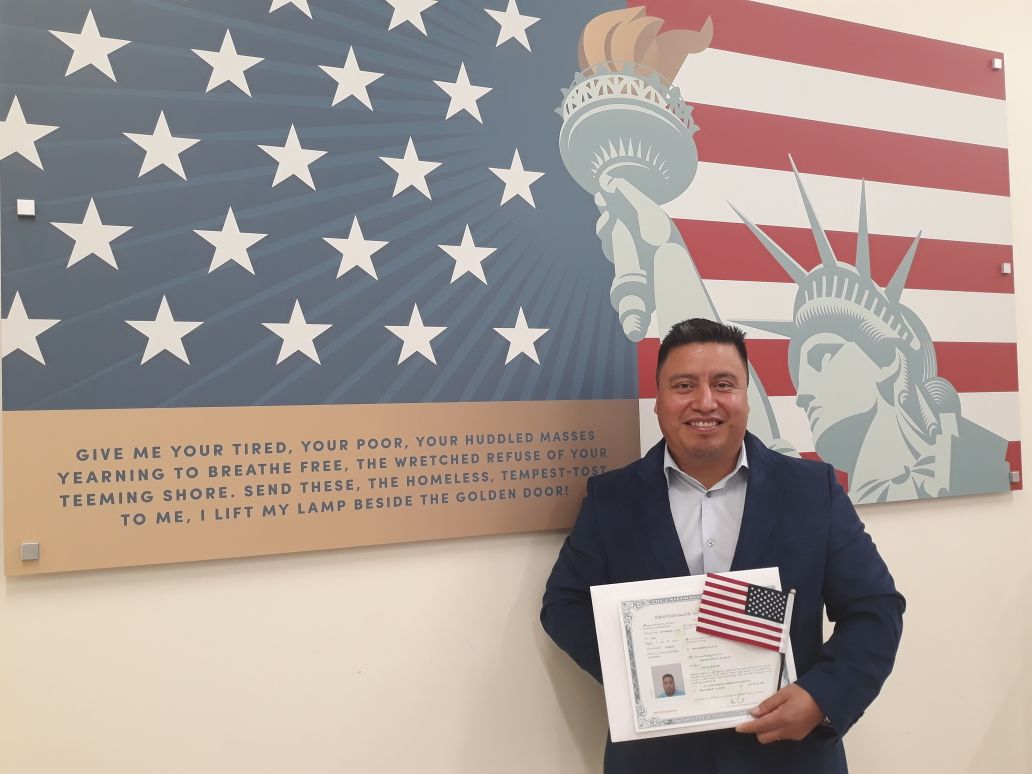 Roberto Sontay Velasquez proudly displays his citizenship papers after a naturalization ceremony Jan. 3 in Montgomery. Now that he's a U.S. citizen, he's excited to vote in the 2020 presidential election. 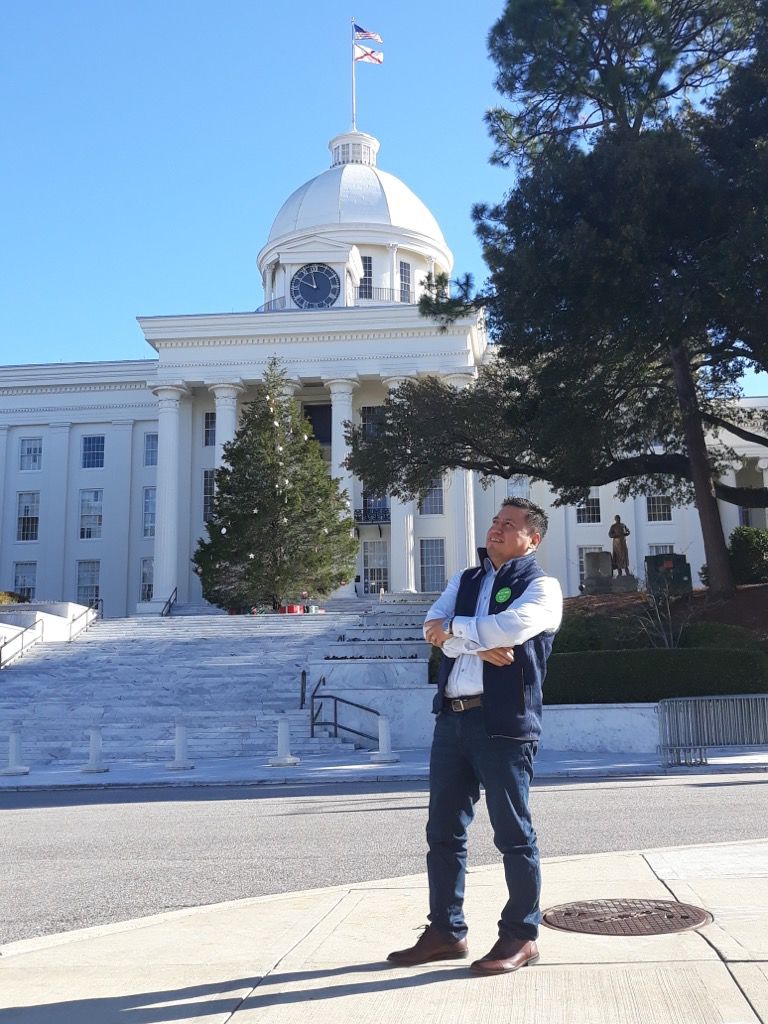 Roberto Sontay Velasquez proudly displays his citizenship papers after a naturalization ceremony Jan. 3 in Montgomery. Now that he's a U.S. citizen, he's excited to vote in the 2020 presidential election.

Maria Taylor, a community volunteer and liaison to the local Hispanic community, said Dario and Lucia Armenta became citizens at a naturalization ceremony Dec. 27. The couple owns the La Fuente market on North Jefferson Street in Athens. Taylor said the Armentas are from Mexico but have been legal residents in America for more than 20 years.

At a separate ceremony Jan. 3, Taylor's son-in-law, Roberto Sontay Velasquez, 46, became an American citizen. Velasquez has lived in the United States for several years, first arriving in Chicago. He and his wife, Rebecca Taylor, moved to Limestone County about three years ago.

“It's a different life, but my wife always wanted to live in the country,” said Velasquez, who hails from Guatemala. “I enjoy Athens. It's clean and peaceful. After you have your first kid, your life changes. Before that, it's only you. That's why we chose to stay here.”

Like the Armentas, Velasquez had a green card, but becoming a citizen was important to him. The waiting period for most green card-holders to become naturalized citizens is five years. For those who meet certain requirements, like Velasquez, the waiting period is three years.

One of those requirements is if a person is married to a U.S. citizen, which applies to Velasquez. He and his wife, Rebecca Taylor, have three children — Katherine, Haylie and Bella Sontay.

Shortly after becoming a citizen, Velasquez knew what his next accomplishment would be — registering to vote. He looks forward to casting a ballot in the 2020 presidential election.

“You can't complain if you don't vote,” he said.

When asked if he had a preferred candidate, Velasquez said he's still weighing his options. The man or woman who gets his vote should have integrity and present ideas that would benefit the United States and his family.

“I'd like someone younger, because there's a new generation and you can't think the same way you did 50 years ago,” he said. “You don't see someone who's 90 (years old) trying to create a company now.”

Not surprising, Velasquez said a candidate's immigration plans will also factor into how he votes. He described it as very important, but also very complicated.

“Immigrants are the ones who made this country great, but you have to make sure the people who come to the country are willing to accept (laws) and live the way Americans live in it,” he said. “I'm from Guatemala, and a lot of my own people come here and don't share the same values I do. I moved to this country to have a better life, so I should live by the rules and laws. That's the kind of immigrants we want here. I don't want someone who comes and takes advantage of the things we have and then goes back to where they came from and not leave anything here.”

He spoke about an acquaintance from Guatemala who seemingly bragged about not having taxes taken out of his pay because he was paid in cash. Velasquez said he told his friend that if he appreciated what he had in America, he should give back.

“When you come to this country and get freedom, you have a responsibility to make sure you are giving your share,” he said. “Becoming American was very important, not just because of the things you can get as a citizen, but the values you share and pass to your kids. The legacy you leave is important.”

According to the U.S. Citizenship and Immigration Services, more than 7.2 million people became naturalized citizens in the last decade. In fiscal year 2018, more than 756,000 people were naturalized.

Other eligibility requirements specify the applicant must:

• Have been physically present in the United States for at least 30 months;

• Be a person of good moral character;

• Be able to speak, read, write and understand the English language;

• Have knowledge of U.S. government and history;

• Demonstrate attachment to the principles of the Constitution and well disposition to the good order and happiness of the United States; and

• Be willing and able to take the Oath of Allegiance.

Velasquez said it took him about an hour to complete the U.S. citizenship test, which included many civics questions. He added it's possible Americans don't know more about civics because they take their citizenship for granted.

“It's important to learn and know about a country you want to live in,” he said.