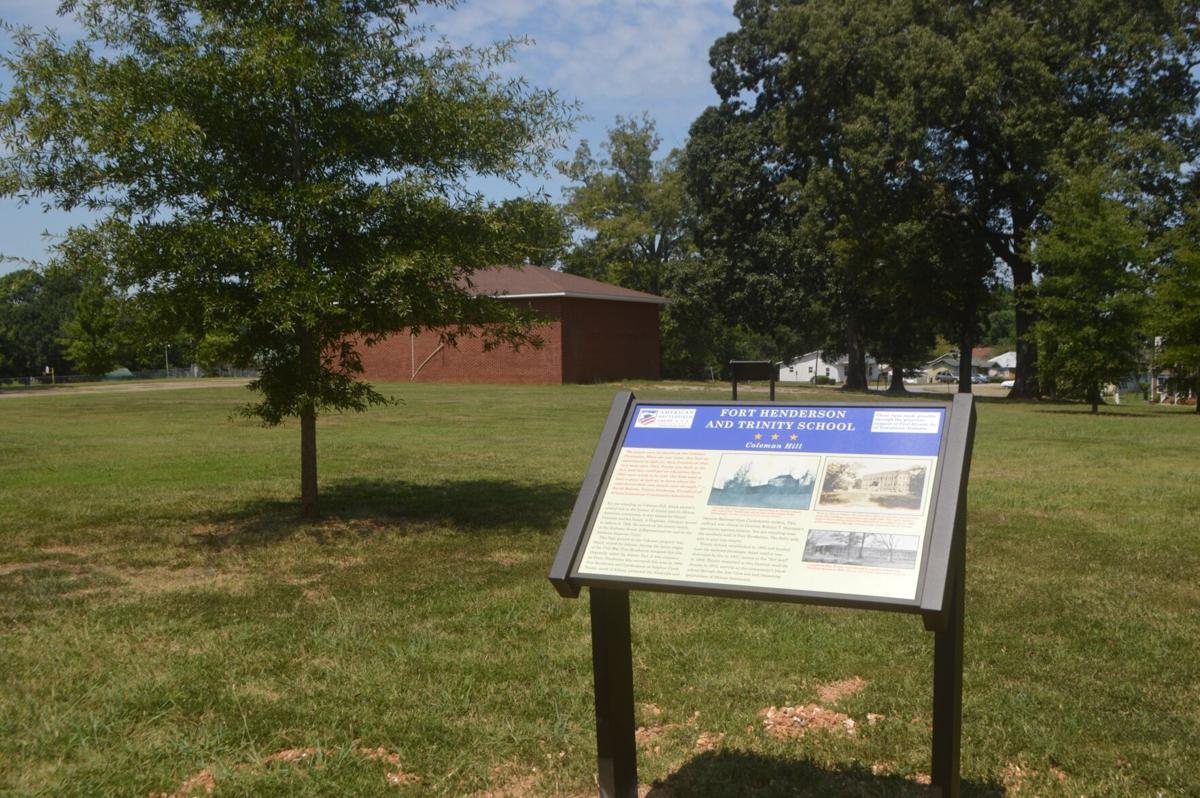 One of six new informative panels stands near part of the former Trinity High School. The six panels, strategically placed around the Trinity-Fort Henderson Complex, share the history of the complex, including the troops who fought and were captured there, the students who attended school there and more. 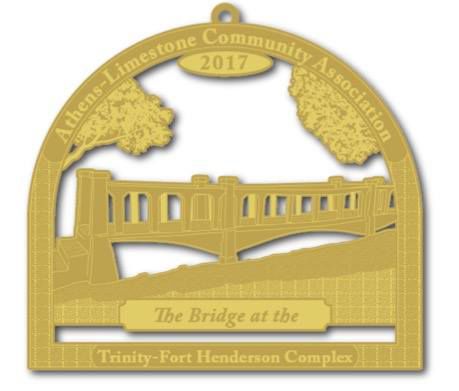 Revenue from the sales of this ornament will go toward the continued renovation of the Trinity-Fort Henderson Complex, which includes the high school's original library and principal's office. The building currently serves as a community center. 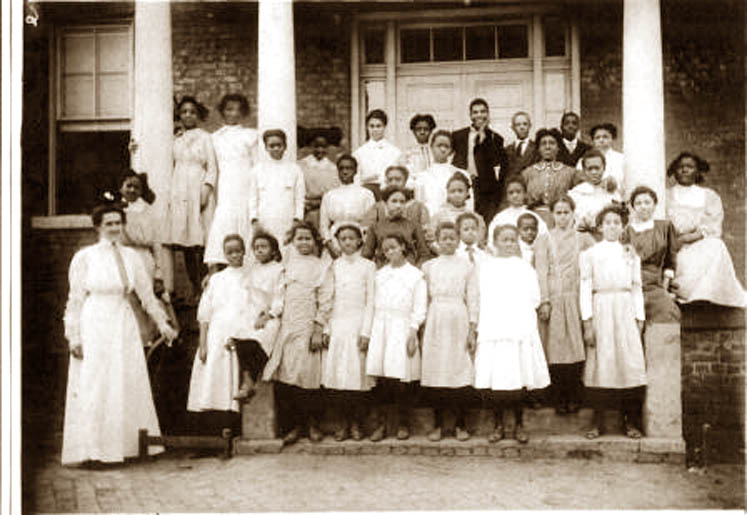 This photo from the Athens-Limestone Community Association website shows students of Trinity School in 1910. This likely was the entire student body that year, when Louise Allyn was principal. Five students would graduate in 1910, according to local historian Charlotte Fulton..

The pandemic has led to new routines and changed priorities for a lot of folks, and in many cases, this has also led to forgoing the usual annual activities. Unfortunately for the Athens-Limestone Community Association, skipping the annual request for appropriations for the Trinity-Fort Henderson project on Brownsferry Road wasn't an intentional decision because of COVID-19.

It was just a mistake.

"It was our fault," Richard Martin, local historian and ALCA member, said Monday. "... The COVID shut everything down, and we didn't think anymore about it."

When asked about the Limestone County Commission's approved list appropriations for the upcoming fiscal year, county accountant Emily Ezzell noted the lack of funding request for Trinity-Fort Henderson. In years past, the county commission has provided $5,000 per year to help fund a rebuilding of the complex that honors the land's place in Athens-Limestone history.

On Monday, Martin and ALCA President David Malone apologized to commissioners for the oversight and asked them to consider providing funds should spare funding become available in fiscal year 2021.

"We have great plans for that property there, with the wall and also the building out there where we'd like to have a museum where we can show what really went on there, with the war and even after, when it became the school property," Malone told the commission. "... If there's any way possible you can see helping us, whatever you can do, we would really appreciate it."

The planned wall that Malone referenced will be 3 feet tall, 1 to 2 feet wide, and in the shape of the original fort's outline. A trail along the wall will allow visitors to explore the complex, reading the historical markers along the way, and take a seat to rest if needed.

The building is Trinity High School's former band room, a brick building standing behind what is currently the Pincham-Lincoln Center. Martin told The News Courier they've already put a new roof on the building and hope to one day have video displays and other memorabilia to showcase the history of the property.

Originally, he said, the land was used for farming cotton. Fort Henderson was built during the Civil War and housed members of the 110th U.S. Colored Infantry. In 1864, it was taken over by Gen. Nathan B. Forrest, but federal troops reoccupied the fort after he left.

Decades later, the moat surrounding the fort was filled in, and the property became home to Trinity School. Black students across the Athens-Limestone area received an education at Trinity until the school closed in 1970 following desegregation. Former students return regularly for reunions, and many have shown their support for the renovation through financial and material donations.

In researching the property, Martin said they've come across many famous descendants and former students, which ALCA hopes will only further drive tourism to the complex after the renovation is complete. Among them are singers, artists, a Duke University professor, an appellate court judge and even a member of the British royal family.

"We need this (renovation)," Martin said. "It shows off the African-American people. ... There's so many beautiful stories here."

He said the money received from the county commission helps ALCA in applying for grants, as a $5,000 appropriation could mean four times that in grant money. Martin told commissioners the estimated cost of ALCA's plans for the complex is about $300,000. He told The News Courier that more than $500,000 has been spent on renovations so far.

Anyone wishing to donate to the ongoing project can do so by mailing a check to the Athens-Limestone Community Association, P.O. Box 1476, Athens, AL 35612. Supporters can also visit bit.ly/ALCA-TFHproject to donate online through GoFundMe, purchase a copy of Charlotte Fulton's "Holding the Fort: A History of Trinity School in Athens" or purchase one of the specially designed Christmas ornaments being sold to raise funds. Call the Limestone County Archives at 256-233-6404 for more information.