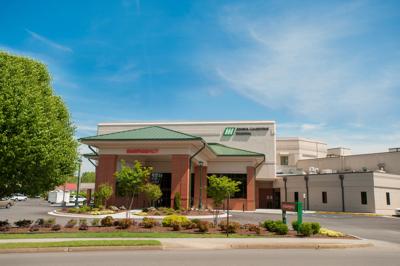 Athens-Limestone Hospital Foundation is entering 2021 with the same goal it had in 2020: improving services and resources for the hospital, its patients and their families.

One of the most recent ways the foundation has done this is by raising money for a new set of beds for the intensive care unit at ALH. Foundation director Caroline Canestrari told The News Courier in November that the current beds in the hospital were used and had been gifted by Huntsville Hospital 12 years ago.

Since then, the foundation has nearly reached its goal of $160,000 raised. Canestrari said Tuesday they are less than $30,000 from fully funding 10 new beds for ALH's ICU.

"It has been amazing, receiving donations in the mail on a weekly basis, and the kind notes we've gotten from individuals about the care they received or that a family member received," Canestrari said. "It's really been a moving experience for us to read those kind notes and messages."

Ruddie Putman has been a major supporter of the campaign. His wife, Debbie, passed away from cancer, and he's made it a personal mission to help honor her by donating to ALH.

"When you have a loved one that experiences an illness that requires constant travel outside your community, you suddenly realize how important it is to support your local hospital so services can be rendered right here at home," Putman said.

Being able to replace all 10 beds in the ICU "would be a tremendous asset for ALH," Canestrari told The News Courier. "The new beds will provide new and upgraded mattress surfaces. They will also have bed scales that will allow our staff to weigh the patients while lying in bed, preventing falls and possible employee injuries."

She said many of the current beds have broken pieces, won't lock in place or don't hold a battery charge.

Once the full amount is raised, the hospital and foundation plan to honor some of the prominent names in whose memory or honor donations were made by naming a room for them. Canestrari said the foundation plans to honor Debbie, as well as the late Steve Smith, who was a hospital board member, and the late Beverly Wilson, a longtime hospital administration employee.

"Once we reach our goal, we will be honoring each of these individuals that have passed," Canestrari said. "We received donations to dedicate and name one of the beds in their memory."

"Every amount puts us one step closer to reaching that goal," Canestrari said. "We're super excited we're getting closer. We wouldn't be able to do it without the help and support of our community."