Ready or not: Election costs soar in prep for virus voting 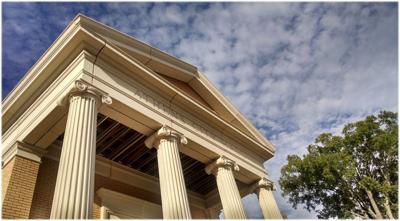 What could be a potentially popular place in the city to eat and fuel up became official at Monday's meeting of the Athens City Council.

As reported earlier this month, Athens will soon be getting a Panda Express restaurant and Twice Daily convenience store at the intersection of Lindsay Lane and U.S. 72.

A public notice was placed in The News Courier expressing the desire to complete the project earlier this month. The legal ad specifically named both businesses as part of the intended project.

The City Council held six separate public hearings during Monday's meeting. The final hearing concerned a proposed project that would have seen a series of apartments built near Indian Trace Road. Several people attended the meeting to speak in favor of and against the proposed project, but in the end the ordinance died after none of the councilmen elected to pick it up.

There was no public comment during the other five brief public hearings. The first two dealt with the demolition and abatement of unsafe structures in the city at 809 Sanders Street and 533 Brownsferry Street.

The other three ordinances dealt with rezoning. Each of those three was approved unanimously.

Around 108 acres located south of the intersection of Leatherwood Drive and Quinn Road and north of Sutton Road were changed from Estate Residential and Agricultural District to an R-1-3 Single Family High Density Residential District. The request was made by Joe and Donna Brooks.

Around 34 acres land located near Pepper and Oakdale roads were changed from Estate Residential and Agricultural District to an R-1-3 Single Family High Density Residential District at the request of Pepper Road Estates, LLC.

The Council approved the fiscal year 2021 electric department budget. The entity also approved the purchase and installation of 936 feet of black ornamental aluminum fencing with gates for the south soccer field at the City of Athens Sportsplex.

The next meeting of the Council will be held July 20. The next scheduled meeting was going to be moved from the July 6 date (due to its proximity to the July 4 holiday) to July 13, but a quorum could not be present to hold the meeting that day.