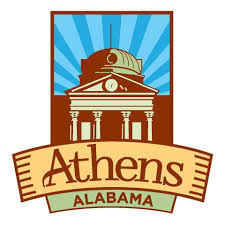 The search has been months in the making, but the city of Athens has found its new city planner.

Rich said Davidson comes from Sanford, Florida, a city with a population of 80,000 just north of Orlando. Rich said Sanford has experienced a lot of rapid growth, similar to what Athens has, over the last few years with more expected in the near future.

“He has been on the planning committee there for about 15 years,” Rich said. “He has a degree in environmental planning from the University of Central Florida.”

Rich also introduced Lakeisha Johnson, who will be a planning staff member. Rich said Johnson has a masters degree in urban planning from Alabama A&M University and had been working in administration in Decatur prior to being hired in Athens.

“She has been in public administration for several years,” Rich said. "She will be a staff planner that supports the efforts of the city. We are looking forward to them joining our staff and helping us out. Our staff needs it.”

Mayor Ronnie Marks said a search committee had been looking for a new city planner for several months now. He said Davidson and Johnson have already “hit the ground running.”

“These are critical positions, as fast as we are growing,” Marks said. “We welcome them and look forward to working with them.”

Rich said the City of Athens selected Davidson from among six applicants for the role. He said the new staff members are already working to help update the city's upcoming comprehensive master plan.

Councilman Wayne Harper, on behalf of the Council, welcomed Davidson and Johnson after their introduction during Monday's meeting.

“We are glad to have you folks with us,” he said.

Deanna Joan Jackson, 81, of Huntsville, Alabama, died Tuesday, February 16, 2021, at her residence. Services will be 2 p.m. Wednesday, February 24, 2021, at Spry Funeral Home Chapel in Athens with Bruce Johnson and Dr. Rick Craft officiating. Burial in Roselawn Cemetery. Visitation is from 1…

Mamie Delois Adams, 84, of Elkmont, Alabama, died Sunday, February 21, 2021, at her residence. There will be a 2 p.m. graveside service Thursday at Limestone Memorial Garden with Greg Legg officiating. No visitation is planned. Spry Funeral Home in Athens is directing. Mrs. Adams was born Ap…