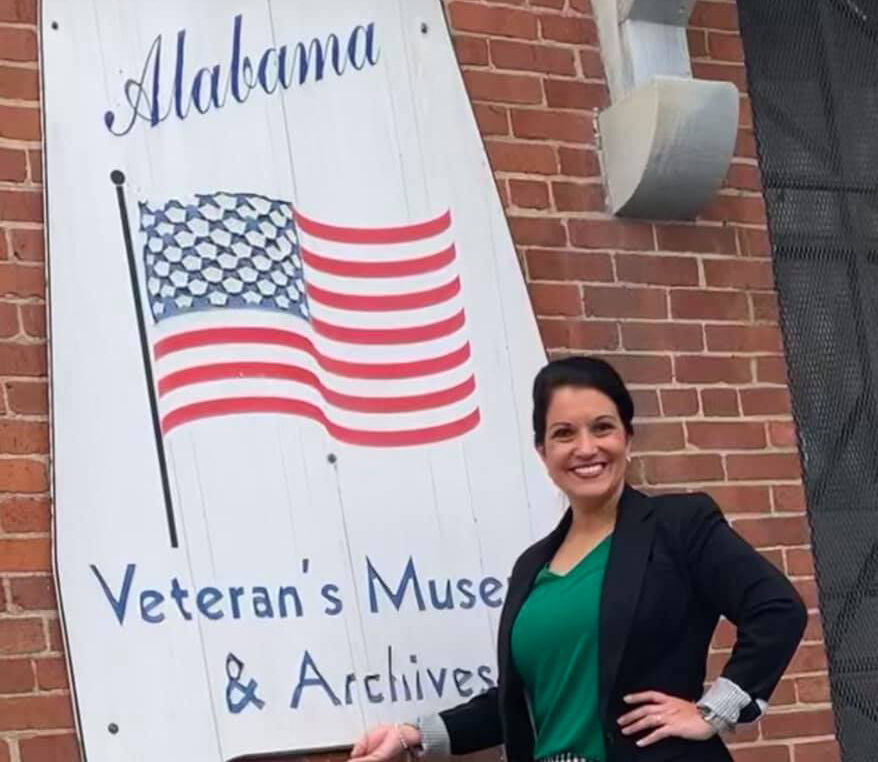 Mary Ann Hotaling stands outside the Alabama Veterans Museum & Archives in Athens. An Athens resident and Decatur educator, Hotaling has proudly advocated for homeless female veterans across the country for the last eight years and was recently named Ms. Veteran America 2020. 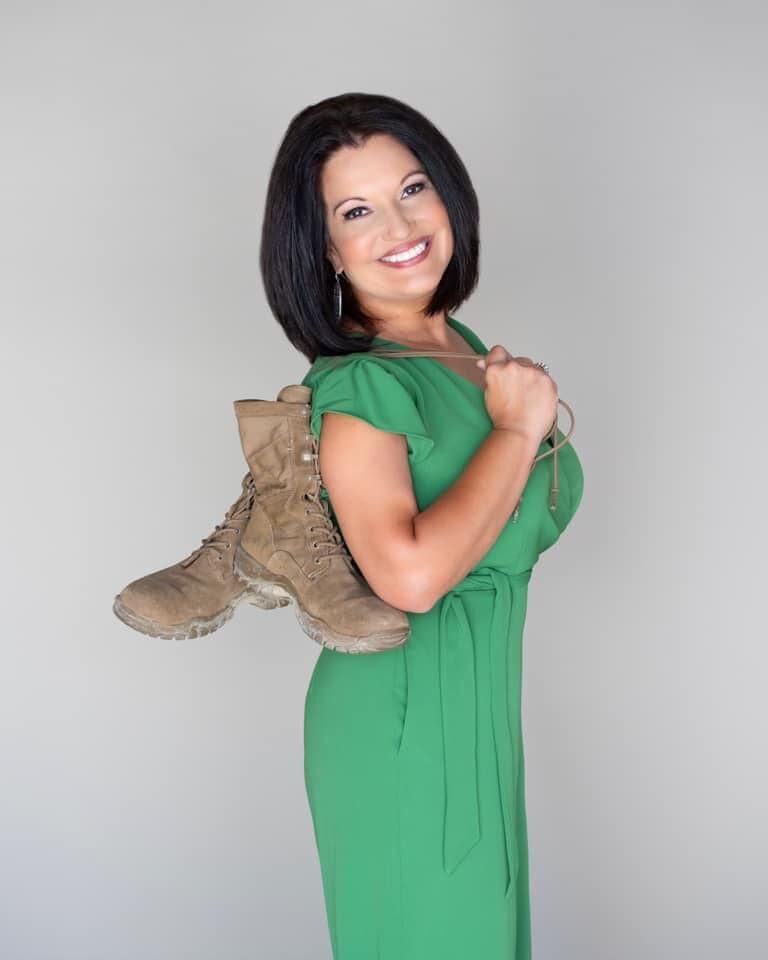 Mary Ann Hotaling has held many titles during her life — mother, teacher, military veteran and wife, for starters. In 2012, she set out to add "Ms. Veteran America" to the list, and though she didn't make it past being a finalist, she did learn about a major problem affecting other female veterans.

"For me, my warrior sisters coming out of the military and not having safe and suitable housing just didn't sit well with me," Hotaling said.

She said the U.S. Department of Veterans Affairs does have resources for homeless veterans, but they can pose another set of issues for female veterans.

"Many times, homeless female veterans find themselves in that situation maybe because of sexual trauma, a divorce, relationship abuse, substance abuse or they couldn't get to the resources the VA has to offer," Hotaling said. "If they found themselves sexually abused or coming out of a terrible relationship, the last thing that female veteran wants to do or should do is go into a transitional home full of men that she doesn't even know. That's not OK, and it's not comfortable."

Furthermore, many transitional homes don't allow children or only allow children of a certain age, meaning female veterans who are also mothers might get offered a home on the condition that they leave their child or children in the very situation they are trying to escape, according to Hotaling.

"I don't know any mother who would secure housing for herself and then leave her kids behind," Hotaling said. "... The system is working against them, instead of helping them, and that's how Final Salute came about."

Even though Hotaling didn't win Ms. Veteran America in 2012, she continued supporting its mission and advocating for homeless female veterans. Hotaling left the military after five years, earning the rank of captain in the U.S. Army Medical Service Corps, and she said she became a teacher so that she could continue serving her community.

In her nearly 20 years in education, she's moved all over the country as her husband continued to serve in the military. She currently lives in Athens and works as an English Language Learner collaborative specialist for Decatur City Schools.

She said the coronavirus pandemic and its effect on the homelessness rate made her want to compete for Ms. Veteran America 2020, because "if I wanted to make an impact on this, this was the year they needed the most help."

Competitors were judged several aspects, including talent and their knowledge of military history, but campaigning to raise awareness and funds to support homeless female veterans was a key factor. To that end, Hotaling turned to the media.

"I used every possible resource I could use, to include social, print, TV and radio," Hotaling said. "In less than five months, our campaign here in Alabama, we were able to raise over $26,000 to donate to Final Salute to obtain safe and suitable housing for our heroes."

She explained it only takes $25 to provide a night of housing, food, transportation and support services for a female veteran. To raise enough to cover 1,000 nights reaffirmed just how wonderful humanity can be, she said.

But, she noted, people can't help if they don't know there's an issue. She was excited to be named Ms. Veteran America 2020, and she's even more excited to continue advocating for homeless female veterans.

"It's been humbling and it's been promising to hear how many people wanted to help and wanted to be involved, and how many people jumped into this campaign with me," she said. "That's why I don't call it 'my campaign.' It's our campaign. I didn't raise over $26,000; my community did. My friends, my family, my work family — this was a group effort."

Those who wish to join the campaign to end homelessness among female veterans can do so by visiting finalsaluteinc.org and clicking "Donate" in the upper-right corner. In addition to donating online via credit card, there's information for mailing in a donation and a link to donate a portion of purchases on Amazon.com to Final Salute Inc. through the AmazonSmile program.

Those who wish to help but can't afford to support financially can still support by "just spreading hte word, sharing the mission and letting people know this is an issue," Hotaling said. "If there is any way or any resource you have to help these women obtain jobs, obtain housing, reach out to us. ... We should have zero tolerance for any kind of homelessness, but especially for our women who served in the military."