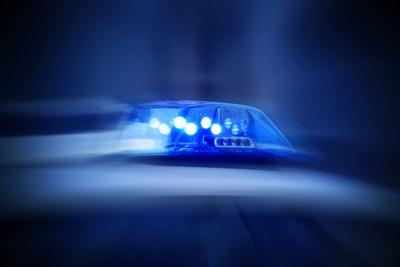 TUSCUMBIA, Ala. (AP) — The two court-appointed attorneys for the man charged with killing an Alabama police sergeant want off the case.

Attorneys Nathan Johnson and Sheila Morgan were appointed to defend Brian Lansing Martin, who faces 10 charges, including four counts of capital murder, in the deaths of Sgt. Nick Risner and another man, William Mealback Jr.

Authorities said Martin, 41, exchanged gunfire with officers after a car chase that started in Sheffield on Oct. 1. He allegedly shot and killed Mealback in Muscle Shoals, abandoning his body there while he fled to Sheffield. Officers spotted Martin in a stolen vehicle and chased him back to Sheffield, eventually cornering him near the Muscle Shoals Walmart.

Johnson filed documents Thursday contending his current caseload includes three other capital murder cases and is too high for him to provide proper representation to Martin, news outlets reported. Morgan said she has a conflict of interest and can't represent Martin. No other details were provided.

Martin, who is being held without bond in the Morgan County Jail, has a preliminary hearing scheduled Oct. 25. Colbert County's district attorney has said he plans to seek the death penalty in the case.

Businesses, families and organizations in the Muscle Shoals area have held memorials and raised funds in honor of Risner and Mealback since their deaths, as well as gathered donations for Wiske, Risner's K-9 partner. Dotson, meanwhile, has filed a civil suit against Martin, seeking $375,000 for pain, mental anguish and emotional damage caused by the shootout.