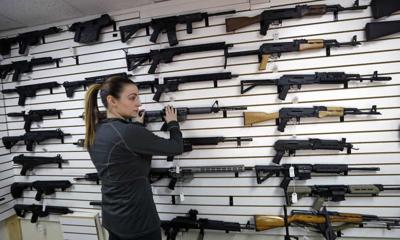 When news broke earlier this month that 63-year-old actor Alec Baldwin had accidentally shot two people on set of the Western film “Rust,” killing one, it brought a fresh focus on gun safety.

The Associated Press has released multiple articles on the event, reporting that Baldwin called the on-set shooting an accident.

It was reported that the person in charge of prop firearms on the set apparently place a loaded, functional weapon on a table that was eventually handed to Baldwin by another coworker, who said the gun was “cold,” meaning it would not actually fire.

Baldwin would eventually point the firearm at 42-year-old Halyna Hutchins, the film's cinematographer, and pull the trigger as part of a rehearsal. The weapon fired, killing Hutchins and also wounding director Joel Souza.

While this apparent accident did happen on a movie set, the incident would not have occurred had everyone involved practiced a few basic tenets of gun safety.

According to the National Rifle Association, one of the largest gun rights organizations in the United States, there are three major rules to follow when practicing gun safety.

First, always keep a gun pointed in a safe direction. A common adage is to never point a firearm at something a person does not intend to shoot.

Next is to always keep fingers off the trigger until ready to shoot. This helps mitigate the risk of an accidental discharge if a gun is loaded.

Finally, always keep firearms unloaded until ready to use. This includes leaving the action open if possible, leaving magazines outside the weapon and any available safety features engaged.

The NRA also advises knowing one's target and what lies beyond, knowing how to properly use a firearm before firing it, be sure guns are cleaned and in good working order before firing, using correct ammunition and using ear and eye protection while operating a firearm.

More advice can be found at gunsafetyrules.nra.org.

Members of law enforcement are tasked with helping to keep the public safe, and this includes carrying personal firearms in most areas, if not all, of the United States. Athens Police Chief Floyd Johnson said keeping officers trained on proper care and use of firearms is “continuous.”

“The first thing we always do before we even give anybody a weapon is we go through our policies and procedures,” Johnson said. “Some people are familiar with guns, and some are not.”

Johnson said there are even some people training to become officers who have never fired a gun before. He said part of standard procedure is taking trainees out to a range with a firearms instructor early on. Johnson said APD's instructors are trained by the FBI and teach things like safety, proper drawing technique and differences in various types of firearms that may be carried.

“Our instructors do an excellent job, and they've been doing this for years,” Johnson said. “If an instructor isn't comfortable with where someone is, we continue to train them until they are.”

Johnson said APD also has a simulator used to help train officers and recruits when it comes to safely handling firearms. He said officers are required to certify on firearms once a year, but APD does so twice annually.

Johnson said his top tip in safely handling firearms is to always treat a gun as if it's loaded.

“If I get handed a gun, the first thing I'm doing is checking to see if it's loaded. Even if someone checks it in front of me before handing it to me, I'm checking again myself.”

Even well-trained individuals can have accidents, however. Johnson said he has heard of officers accidentally shooting dishwashers or even shooting a door off a patrol car.

Things like this have happened here in Athens as well. Some 15 to 20 years ago, Johnson said a member of Athens police had an accidental discharge in front of City Hall late one night while checking to see if his firearm was safed.

“That's why you have to be careful,” he said. “You have to take these things extremely seriously. I very much respect guns and what they can do.”

Johnson reminds residents that any firearms should be kept in a safe place while stored, especially when it comes to keeping them out of the hands of curious children. He also said many firearms are stolen from vehicles left unlocked at might.”

“One of the biggest things is to be familiar with your gun and know what you carry,” Johnson said. “Know how to use it and be comfortable with it.”