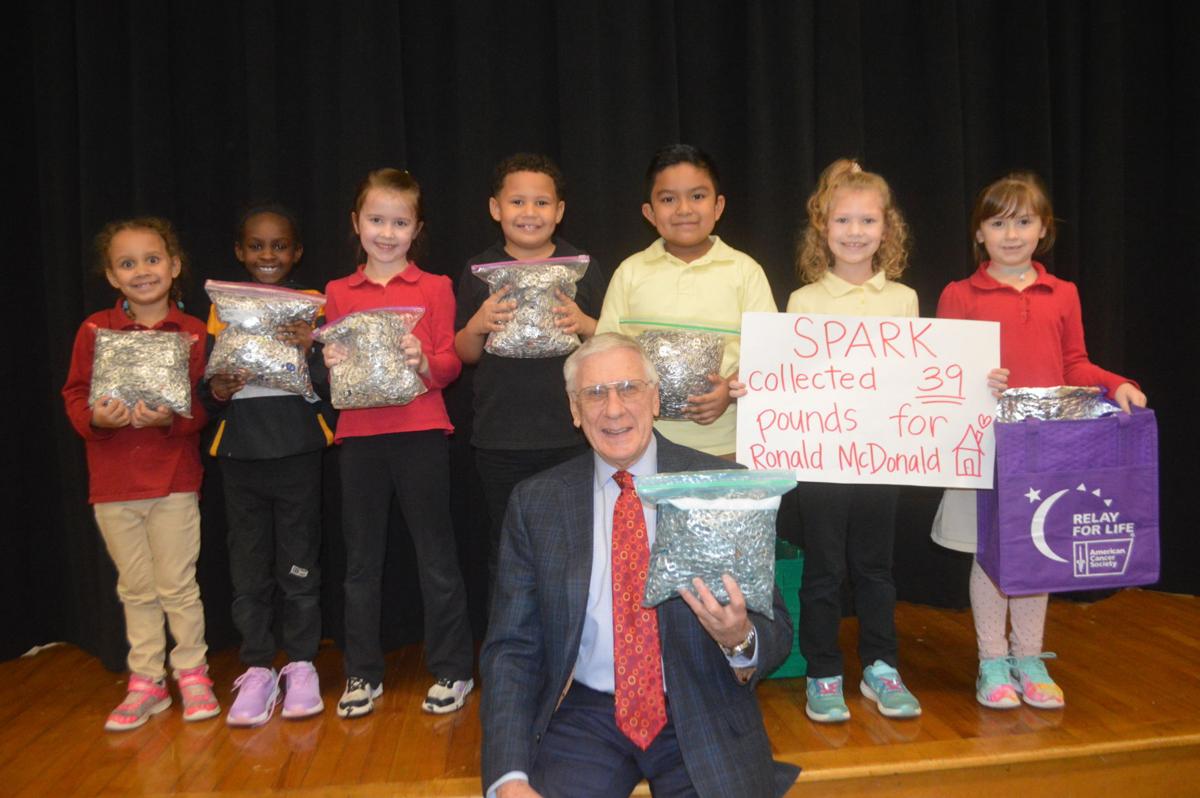 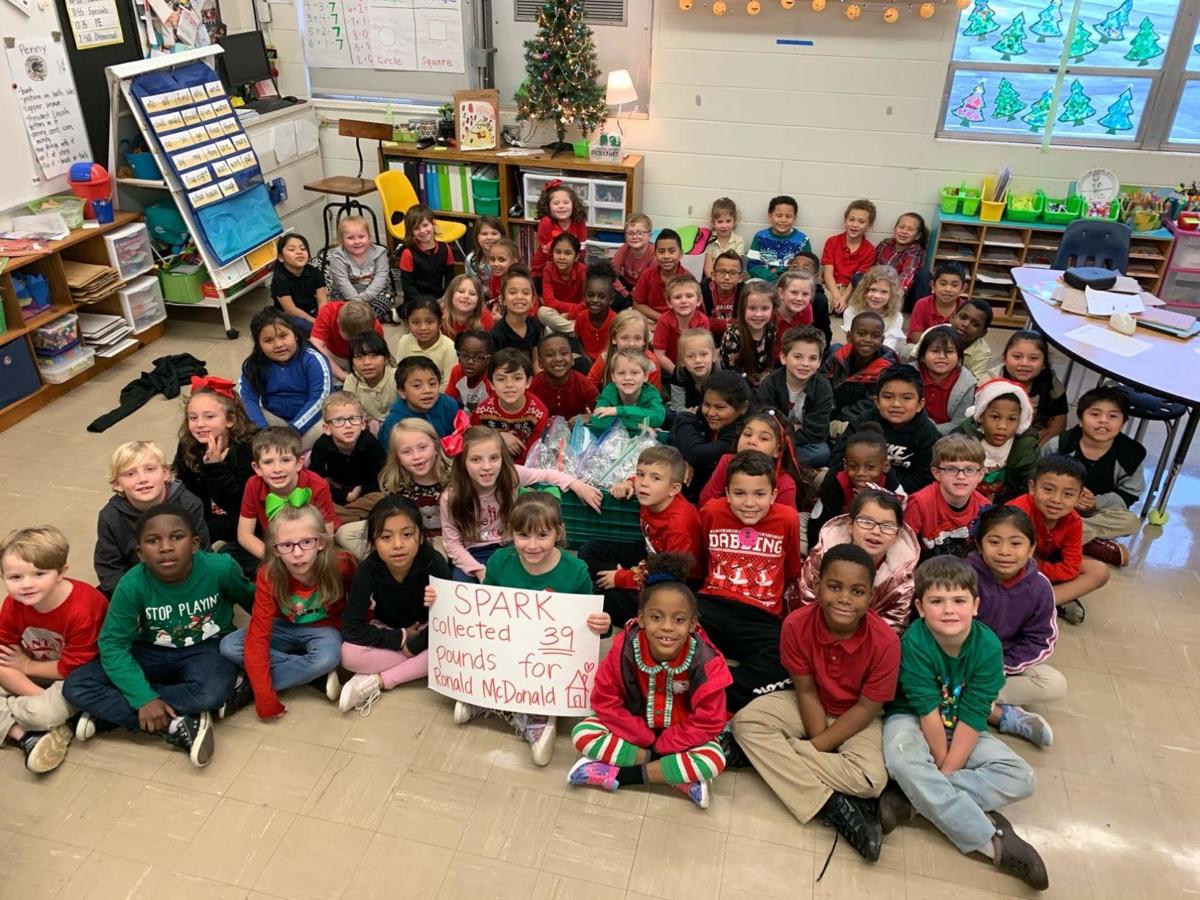 First graders at SPARK Academy gather around the pop tabs they collected as a community service project.

First graders at SPARK Academy gather around the pop tabs they collected as a community service project.

First graders at an elementary school in Athens are learning the importance of giving back to the community.

The four first-grade classes at SPARK Academy at Cowart Elementary School collected 39 pounds — about as much as some of the smaller students weigh — in pop tabs, which were donated Monday to the City of Athens Relay for Life team. Pop tabs are the little tabs you pull to open aluminum cans.

Hannah Carter, a first-grade teacher at SPARK, said students started the school year talking about how they could impact their community.

When students and teachers visited Athens City Hall to learn about local government a few months ago, they also wanted to learn how they could contribute to their community. During the visit, students met with Athens Mayor Ronnie Marks and City of Athens Communications Specialist Holly Hollman.

She explained raising money through collecting pop tabs allow families to stay at places like the Ronald McDonald House, a place for families to call home so they can stay close by their hospitalized child.

Hollman told The News Courier she believes even children can give back and that is something the city wants to encourage.

“I thought collecting pop tabs was something simple the whole school could get behind,” Hollman said.

SPARK Academy's first graders did get behind the project. After the visit, they set to work making posters that encouraged others to collect and donate pop tabs. They also decorated cardboard boxes to hold the donations.

Carter said the 6- and 7-year-olds asked everyone at the school for support.

“It's been exciting,” Truett said.

Carter agreed the community service project enhanced learning. She said students estimated how many pop tabs were collected, then weighed them on a scale. In all, students counted 18 bags of pop tabs with each bag weighing 2 or 3 pounds, for a total collection of 39 pounds of pop tabs.

“Y'all did a great job bringing in those pop tabs,” Carter told the students Monday. “We impacted our community … and we enjoyed doing it.”

Marks and Hollman were at the school Monday to thank the students for their efforts.

“Thank you for what you are doing,” Marks said. “It's really great.”

Marks told students in order for a city to be amazing, everybody — young and old — has to work together. He said it's good to have a positive attitude about helping other people, which helps with the quality of life in a community.

Hollman reminded students the City of Athens Relay for Life team helps people with cancer and explained sometimes even children have cancer and some of those children live in their community.

“You are helping families when they are taking care of their sick children,” Hollman said.

Carter asked the first graders if they would keep collecting for City of Athens Relay for Life, and the collective response was a resounding “yes.”

Those who would like to help collect pop tabs in Athens can put the pop tabs in plastic resealable bags and bring them to Athens City Hall.

Funeral service for Mary Lou Jones Allen, 97, is noon Saturday, February 22, 2020, at Peoples Funeral Home. The body will lie in repose at the chapel one hour before funeral time. Burial in Thatch-Mann Cemetery.

Funeral service for Mrs. Jewell Ann Malone Cain, 66, will be 3 p.m. Friday, February 21, 2020, at Peoples Funeral Home in Athens. Visitation will be 5-7 p.m. Thursday at Peoples. Burial in Hatchett cemetery.

Barbara Sulcer, 85, of Athens died Saturday at Athens-Limestone Hospital. Mrs. Sulcer was born January 8, 1935, in Limestone County. She was a homemaker and a member of First Baptist Church of Athens. Services will be 2 p.m. Wednesday in the chapel of Spry Funeral Home with Dr. Edwin Jenkins…