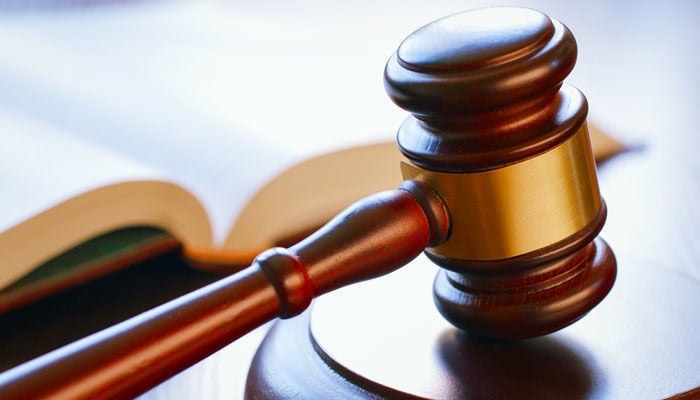 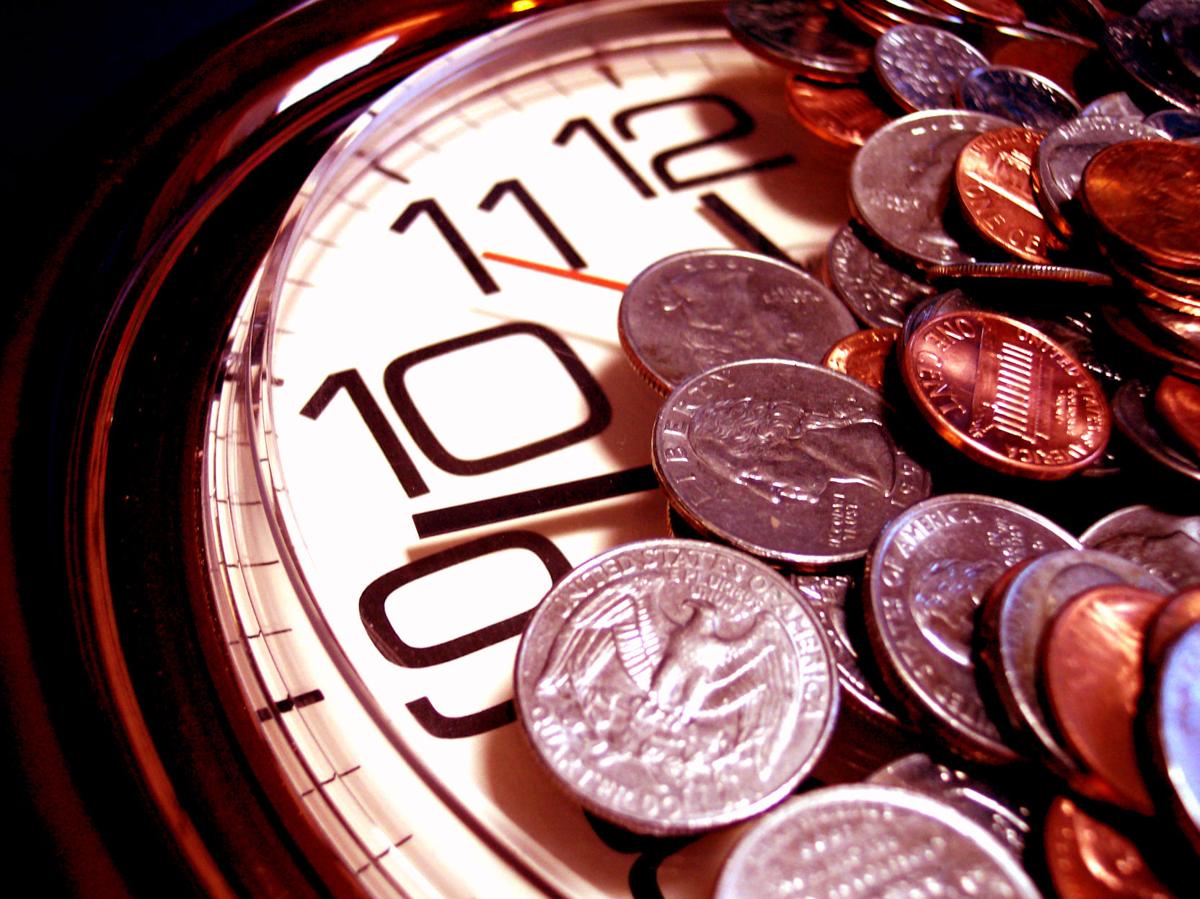 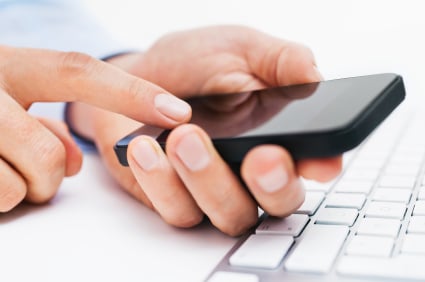 Prosecutors resumed questioning their final witness — the chief investigator in their case against Limestone Sheriff Mike Blakely — Tuesday morning, only to return from lunch and move to dismiss one of the charges he discussed on the stand.

Meanwhile, a juror was accused of breaking court rules by discussing the case with her boyfriend, an inmate at the Limestone County Jail who is said to have then bragged to fellow inmates that if he could be released early, he would persuade her not to convict the sheriff.

The two events took place during a two-hour period granted to jurors for lunch. Prosecutors had rested their case before lunch Tuesday, and Judge Pamela Baschab ordered attorneys to only take one hour for their break so matters could be discussed out of jurors' earshot before defense attorneys began presenting their case for Blakely's innocence.

When attorneys returned, the first motion was a move by the defense for Baschab to announce Blakely as not guilty on all charges. They said the prosecution had failed to present evidence of criminal intent or theft, repeating arguments similar to those used in previous motions to dismiss charges.

As with those attempts, the measure failed — Baschab eventually denied the motion, but not before Assistant Attorney General Kyle Beckman informed the court that the prosecution planned to file its own motion to dismiss one of the counts.

That charge, listed as Count 5 on the indictment, accuses Blakely of keeping for himself part of a $2,500 check given to him ahead of a trip to Las Vegas in 2014. Blakely and two Limestone County Sheriff's Office deputies were registered to attend a law enforcement conference focused on emerging social media trends, and the $2,500 was taken from the law enforcement fund at LCSO for "travel, lodging and registration," according to the check's memo line.

LCSO Chief Clerk Debbie Davis testified in court that the check was to be used for an overnight hotel stay on the way to the conference and on the way back, as the group planned to drive to Nevada so Blakely could avoid flying. Davis said she had suggested he take more than $2,500, but that Blakely told her it would be fine.

Testimony and evidence have shown Blakely decided at some point he did need additional funding, as a former LCSO jail clerk testified she wired Blakely $500 while he was on the trip.

Beckman said in his opening statement that after Blakely's return, only about $1,600 of the $2,500 was accounted for. Davis initially testified that she wasn't sure if Blakely brought back receipts or other documents showing how he had spent the funds, but she later told the court he had returned $945 in leftover funds to the law enforcement fund.

The question of whether this actually happened and why proof of it happening took so long to make an appearance in the case became the subject of additional testimony from Davis days after her original turn on the stand, as well as cause for a delay in court starting Monday and a hearing Tuesday morning.

It also led to prosecutors calling for a dismissal of the related theft charge. Beckman noted the receipt wasn't produced until the middle of the trial and noted the timeline of Blakely paying back the funds.

Evidence shows Blakely and the deputies returned to Limestone County from the conference on or around Dec. 13, 2014, but the check written to pay back the $945 was dated Dec. 28, 2014. In between the two dates, evidence shows a check for $1,500 was deposited into Blakely's personal account at Bank Independent.

Witnesses have testified the check was presented to Blakely before the trip to Las Vegas, at a board meeting for the Athens-Limestone Association of Realtors. However, while two representatives from Realtors associations — one representing the local group and the other representing the state level of the organization — testified last week that the funds came from a political action committee and were meant for campaign debt or expenses, the board president at the time said it was meant for "out of pocket" expenses and for Blakely to use at his discretion.

Blakely is accused of stealing the funds by violating campaign finance laws and depositing the check into his personal account instead of the "Friends of Mike Blakely" campaign account set up at another bank, where Blakely is listed as a signatory and could have deposited the check, according to witness testimony. As it stands, evidence shows Blakely deposited the check three days after his return from Las Vegas and wrote a check about 12 days after that to pay back law enforcement funds he received for the trip.

Evidence further shows the check wasn't cashed until January 2015. Davis testified she isn't sure why she didn't cash the check sooner, though Davis and former LCSO jail clerk Ramona Robinson have each testified that they would occasionally hold checks for Blakely, with Robinson saying she would wait until Blakely gave the OK for it to be cashed.

Blakely faces multiple charges related to campaign donations that were cashed in his personal account, with prosecutors saying it was done to prevent overdraft charges that would have occurred had he not deposited the checks into that account and on more than one occasion involved the donation not being reported on the required campaign finance report.

Also Tuesday was the matter of an inmate claiming influence over trial proceedings — specifically, how it might end. The inmate, identified as Mickey Dale Sanders, is listed on jail records as having been at Limestone County Jail since December 2020.

According to two other inmates — Austin Smith Clem and Brian Ross McFarland — Sanders was heard telling multiple people that his girlfriend was one of the jurors in Blakely's trial. Clem testified Tuesday that he is on work release with Sanders and heard Sanders' claims on at least two occasions. Meanwhile, McFarland said he works in the jail as a trustee and cook, and he testified he heard the rumors while retrieving supplies from the area where work release inmates stay.

Each reported what they heard to jail staff, who in turn sent the report up the chain. LCSO Lt. Tammy Waddell told the court Tuesday that after receiving the report, she began listening to Sanders' phone calls, about 60 of them involving his girlfriend.

According to Clem and McFarland, the conversations between Sanders and his girlfriend led to Sanders "bragging" to inmates that if Blakely could find a way to get Sanders released from jail, he would convince his girlfriend to acquit him.

"We was talking about the news, and he just went off and started talking about it," Clem said, later testifying that while inmates don't have access to the internet, they did watch the TV news.

Clem said Sanders had shared details of the case that weren't mentioned on the news. Defense attorneys suggested this could be the result of the girlfriend sharing bits of the trial with Sanders. Prosecutors noted that if Sanders was working in a public business with non-inmates, then it was possible coworkers or customers who read newspapers or online coverage of the trial may have discussed details where Sanders could hear them.

After the testimony and discussion, Baschab called the juror into the courtroom to formally excuse her from the rest of the trial. She told the courtroom it was "appalling" that everyone had been placed in such a situation and emphasized that she has tried from the start of jury selection to "protect" the jury.

Baschab initially banned all news media or public from coverage of the trial, leading media outlets — including The News Courier — to file a motion to intervene for access. She later changed her decision, rendering the motion moot but banning cell phones from the courtroom as witness testimony began.

This decision was also later reversed, allowing reporters the option of live tweeting so long as they did not use their phones to record audio or video of court proceedings.

Baschab sent the remaining jurors home around 4 p.m. Tuesday with instructions to return by 9 a.m. Wednesday. The News Courier will have additional coverage of the trial throughout the week.

Helen Robinson Ruffin, 70, Athens, passed away. There visitation will be Jan. 28 from 5-7p.m. at Peoples' Funeral Home. The funeral will be Jan. 29 at 12p.m. at Round Island Creek Mission Center. Masks and distancing required.