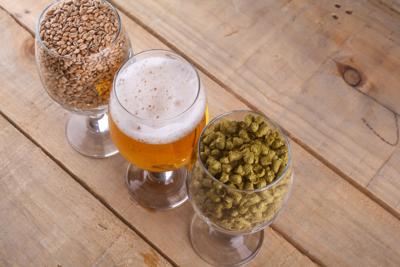 Oktoberfest is a popular German festival founded in 1810 that now annually attracts millions of visitors. For more than two weeks, Germans and tourists alike enjoy lots of beer, traditional food, fun and games.

Lori Hill and her husband Ken enjoyed attending Oktoberfest while he was stationed in Germany as a member of the military. Now the Hills are looking to bring a touch of Oktoberfest back with them to Athens.

The Hills, who recently opened the Athens Alehouse and Cellar on The Square, are partnering with Hildegard's German Cuisine to put on the inaugural “Athtoberfest.” The event will be held from 2–10 p.m. Sept. 24 downtown.

“We loved Oktoberfest and all the German beers,” Lori Hill said. “Athens needs some more events like this to bring people downtown. Knowing Hildegard's is coming, we thought it would be a perfect opportunity to partner with them and let them preview what they will offer the community as well.”

Athens Alehouse will be providing beer, and Hildegard's food truck will offer German fare to those who attend the event. There will also be live music provided by the Oompah-Calypse Oktoberfest Band.

“I'm looking forward to seeing what they bring,” said Tere Richardson, executive director of Athens Main Street, which helps promote the downtown area. “I hope this will bring an appreciation for German food and beer. Oktoberfest is a tradition German festival, and many cities (around the United States) have cool events like it. They wanted to start this one and see if people like it, and it may become an ongoing thing if people embrace it.”

Hildegard's has been planning to open a location in downtown Athens for some time, but the COVID-19 pandemic has been pushing back those plans. Richardson said as of now Hildegard's is till planning to come to the city eventually.

“I think it will draw a good crowd,” Richardson said. “It gives folks something new and interesting to try, and any event that brings more people downtown is a great thing in my book.”

Lori Hill said the event was “not too hard” to put together thanks to help from the City of Athens, which she said is “great to work with.”

“Athens would greatly benefit from something like this,” she said. “Everybody goes to Huntsville's Oktoberfest, and Cullman is having one. We need these type of events to keep people in town. They can come out, enjoy things here hopefully and spend their money in Athens.”