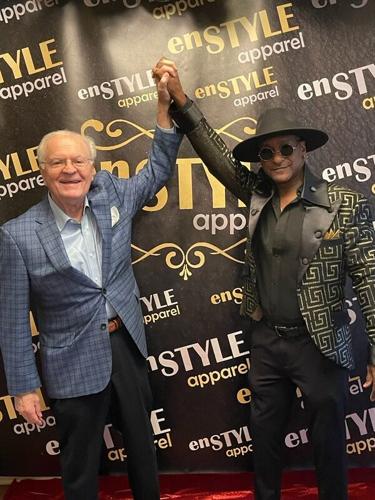 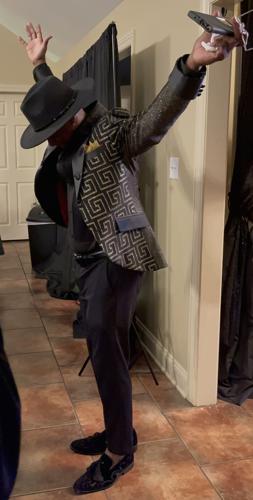 David Harris, owner of enSTYLE in Athens, walks into a surprise party celebrating 20 years of a successful business that he had believed was a retirement party for his brother. 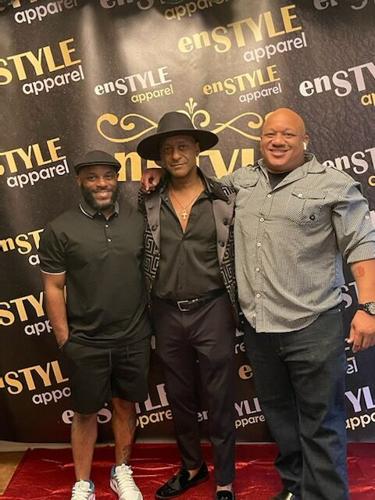 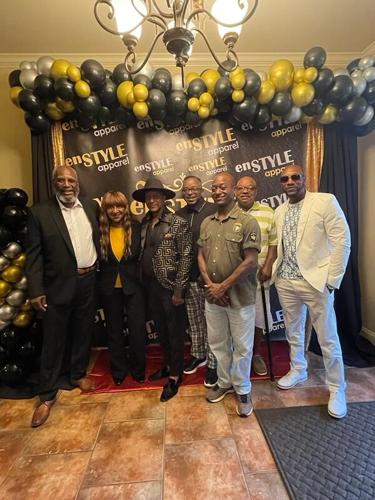 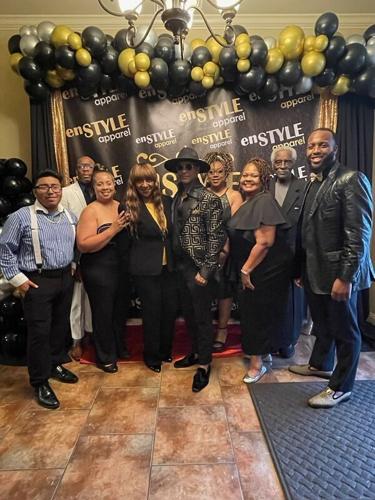 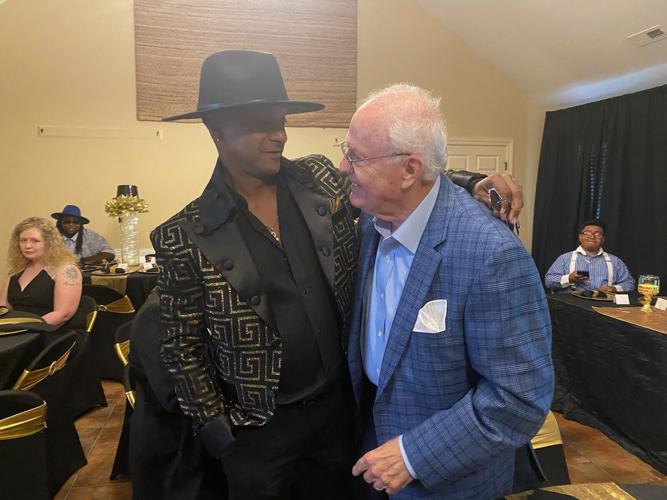 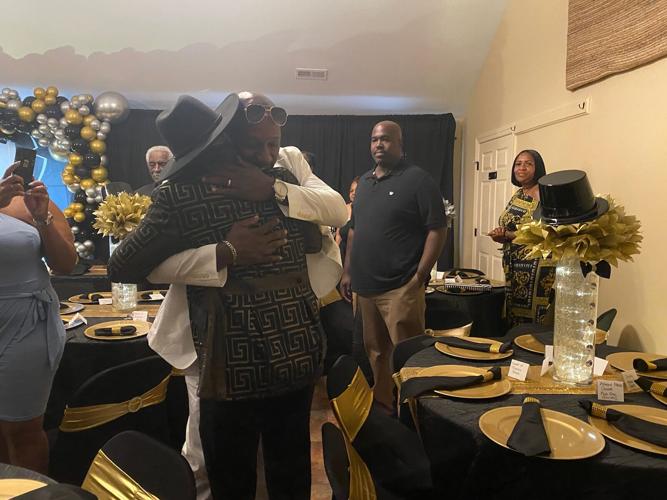 David Harris, owner of enSTYLE in Athens, walks into a surprise party celebrating 20 years of a successful business that he had believed was a retirement party for his brother.

Two decades is no small feat in business and David Harris Jr. knows the peaks and valleys well.

“I always want to challenge myself everyday,” Harris said. “I don’t want to get caught off guard. When you know how the game is played, you always got to be up to bat. So I said, ‘I’ve got to figure something out.’ I didn’t come into this world rich, so I’m going to struggle in my youth.”

He’s owned enSTYLE apparel through twenty years of changes in trends as well as changes in the economy, hitting the recession and pandemic out of the park.

Harris’ family and friends gathered to celebrate this milestone for his store on July 30, surprising him with a party that he believed was to celebrate his brother’s retirement.

The store has all the essentials, such as black jackets and pants and white shirts, but they also try to bring in stylish vendors that are up on the latest trends.

“I always say enSTYLE isn’t for everybody. But it’s for somebody,” Harris said. “We always get that somebody.”

Harris says kids from the high schools will come in for prom with photos and talk about the things their favorite athletes wear as their inspiration.

As for his own personal style, Harris says he chooses little things in his outfits to help him to stand out.

“I always wanted to be the different person in the room,” Harris said. “If you got on black and white, my black and white is going to be something a little different ... I just think it’s a part of my DNA from my ancestors before me.”

His ancestors and family are an inspiration for his work. Owning a business is about building a legacy to him.

“My family says ‘You work too much.’ But you got to do things sometimes that other people don’t want to do to be successful,” Harris said. “But I want to bring other people up with me too … I want to be able to bring everybody. Let’s all swim together.”

Harris has goals beyond the store. He is working on establishing an event center with his partner, Selena Green, and his two sons, DeJuan Lamar Harris and Antwuan Ayers.

“He’s setting the foundation for us all. I have the (entrepreneurship) bug as well. Looking at him, looking at the model that he set, it made me want to transition into doing my own thing as well and wanting to be self-sufficient,” said Ayers, who owns his own landscaping business.

Harris said he started the business for his boys and has worked to mentor others as well.

“It sets the tone for the next generation,” DeJuan Lamar Harris said. “He believed in himself and he made it happen for us, and now we can continue on for our children’s children and come from the bottom to the top.”

“He worked really hard and made a lot of sacrifices to get here,” Green said.

Harris’ success has stood the test of time, but as a Black business owner in a county that is predominately white, he’s overcome a racial boundary too. He says he works to be seen as a store for all men’s fashion and has attracted customers from many different backgrounds. When it comes to owning a business, Green said finance is something that most people in the Black community wouldn’t normally talk about, but Harris has taken that step with their family.

“This is an example of what should be done. It’s not easy. It’s hard, but hard work pays off. It’s very important to the Black community because we’re trying to change the structure of how folks see us,” Green said. “No matter what we do, we’re seen as a certain character. That’s not us. We are hard working people. We are family supported, and we do what we need to do to support one another.”

One person who has stuck with Harris since he first opened is Jack Schniper.

“He’s my guardian angel for sure,” Harris said.

Schniper is an independent representative that sells men’s fashion brands to stores, from shoes and apparel to jewelry. He was the first sales person to give Harris a line of credit for a brand to go in the store.

“David’s good about taking advice. But he’s figured it out for himself too,” Schniper said. “David has figured it out. You can make a presentation to someone, but you’ve got to translate it.”

He says Harris has done something special with the store that not everyone can do.

“It’s tough in the business he’s in. People can go all over the place. They can drive to Huntsville too easily, but he’s got people from Huntsville coming here – what does that tell you?” Schnipper said.

Are you prepared for your kids to go back to school?