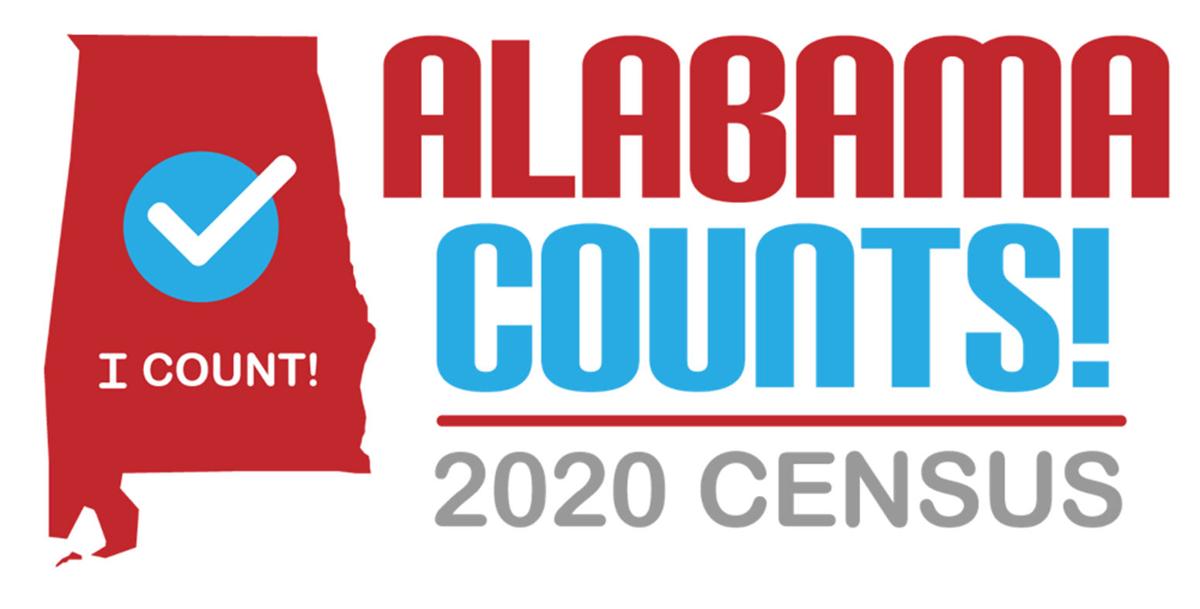 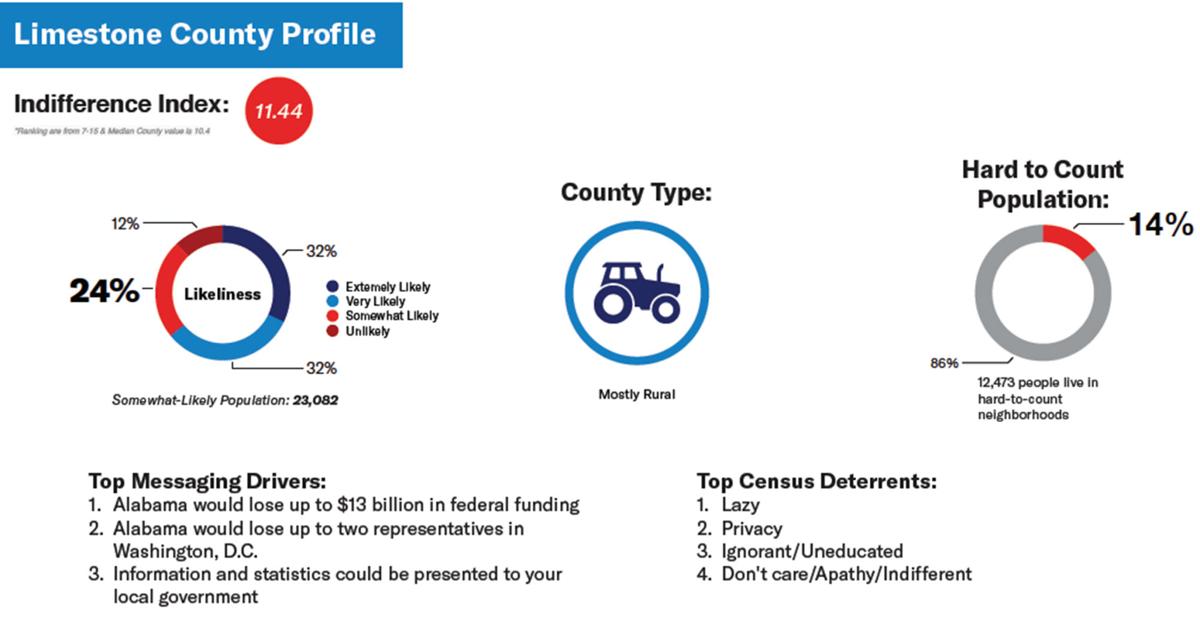 A snapshot survey of Limestone County as provided by Alabama Counts!

A snapshot survey of Limestone County as provided by Alabama Counts!

More than 30% of Limestone Countians are on the fence about responding to the census, according to information released Monday by The Alabama Counts! 2020 Census Committee.

The committee prepared individual county-by-county profiles that gauged the likelihood of filling out the census information and top census deterrents. The research was obtained by interviewing people in all 67 counties, according to a press release.

The top census deterrents for Limestone County were:

Other factors highlighted in the report include the fact that about 14% (12,473) of the county's residents live in “hard to count neighborhoods.”

Michelle Williamson, community relations coordinator for the Limestone County Commission, strongly disagreed with the assessment of Limestone Countians being too lazy or ignorant to fill out the census. She noted, however, the study found the same deterrents in two other counties.

Williamson encouraged all Limestone County residents to participate in Census 2020 because it will determine how much federal and state funding the county receives for a variety of programs. As much as $13 billion in federal appropriations are at stake.

“It equals about $1,600 per Alabama citizen, just for federal programs,” she said, adding if Limestone's numbers are low, those funds could be sent to another state or county. “We want (the federal government) to know how much much we matter.”

Federal and state programs that benefit Limestone Countians include those that deal with not only health care and education, but also highways.

“The dollars follow the numbers and not the need,” Williamson said. “We deserve every bit of the funding we're eligible for, so (the census) is our chance to make the numbers count.”

In addition to the loss of money, Alabama is also at risk of losing up to two Congressional seats because of slow projected population growth.

Census packets are scheduled to be mailed to each household in mid-March. This marks the first Census in American history in which participants can fill out their forms online.

The Alabama Counts! 2020 Census Committee is an advisory group composed of public and private statewide organizations committed to working together to ensure each Alabamian is counted in the 2020 Census. Research for the Alabama Counts! survey was conducted by Birmingham-based New South Research.

“No matter where you live, the thought of our state losing federal funding for things like education, infrastructure or community initiatives is a daunting one,” said Kenneth Boswell, Alabama Counts! chair and director of the Alabama Department of Economic and Community Affairs. “We have to show individuals that even if they think their participation won’t matter — it will, for generations to come.”

Despite varying motivations, an impressive 63% of all respondents say participating in the census will strongly benefit their community and 69% say it matters a great deal that they personally are counted.