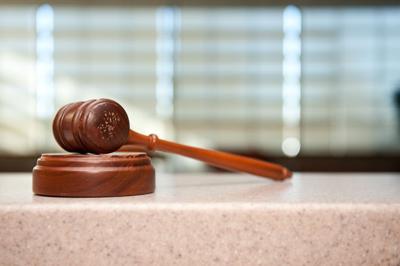 At the heart of the issue during Monday's meeting of the City Council was the Retirement Systems of Alabama giving municipalities the option to restructure employees on the Tier II retirement scale and move them to Tier I.

Mayor Ronnie Marks had mentioned needing to look at the issue for several months, but Monday's meeting marked the last opportunity the City had before an RSA deadline, making a vote on the issue a necessity.

According to Human Resources Director Marsha Sloss, the City of Athens has 370 employees, with 235 of them on Tier I retirement plans and 138 on Tier II.

The City gave a 3% cost-of-living adjustment to all of its employees at the start of the latest fiscal year and gave an increase to base pay for police officers and firefighters in an effort to help retain employees.

With those adjustments made, attention turned to the retirement plan and whether or not to restructure Tier II employees.

“We have continued to lose our employees,” she said. “We have lost them for various reasons. Since this conversation has come up, we have had some employees tell us that was a contributing factor to why they decided to leave the city. I anticipate we will see more people leave.”

Members of Athens Fire & Rescue had told the Council prior to Monday's meeting that while they like an increase in base pay, moving Tier II employees back to Tier I was more important for their efforts to retain experienced firefighters.

“I know the Council has been inundated about the Tier II stuff, but to the fire department, the Tier II thing is huge,” Athens firefighter Jeff Jones said during Monday's meeting. “It's going to change the course of the fire department. We are going to lose valued employees. That's not just me saying that to appeal to you guys; that's an absolute fact. We have 13 Tier II employees right now, and those guys will go to Huntsville, Decatur, Scottsboro, Madison — all these places that adopted (the change). These are sons of Athens that want to stay here and work here.”

Moving Tier II employees back to Tier I would cost Athens an estimated $300,000 a year. Options for funding the change included the City finding a way to absorb the cost or raising employee contributions to their retirement by around 2%.

The City voted to approve the move during Monday's meeting. City Treasurer Annette Threet warned prior to the vote that making the decision without making any other adjustments to cover or offset the cost would not bode well for the City.

"We will not be in a position to fund these much-needed salary adjustments or to adequately respond to the pressures put on us by the unprecedented growth that we are facing,” Threet said. “Based on the facts and the trends as they are now, the City will be forced to choose between funding the pension plan and other employee benefits, and providing city services. There is no avoiding the reality that that day will come if no other adjustments are made.”