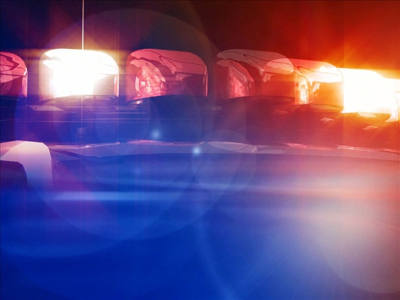 Communication is critical for the various agencies in a city and county that work to maintain public safety, especially for first responders. However, sometimes inter-department communication can be lacking, difficult or nonexistent, and responders are left to rely on a cell signal that may or may not be available at their location.

That is why telecommunication company Motorola began working to create a two-way radio service for public safety officials across the state of Alabama.

Nick Goodman with Motorola made a presentation to the Athens City Council Monday and to the Limestone County Commission Tuesday during the groups' respective meetings in an effort to have the two entities join the company's radio network to enhance public safety communication.

Goodman said told both the Council and Commission he came to them to speak to them on behalf of different agencies who want to be able to use this communication network.

“Over the course of the last several years, slowly but surely we have built out about half of the state of Alabama in a statewide two-way radio communication system for public safety and public service,” Goodman said. “That is something we have tried for several years to do here in Limestone County.”

“I think we can all agree Limestone County is a critical piece of the puzzle in connecting this area together for public safety and response,” he said.

In order to become a part of the network, Athens and Limestone County would need to purchase equipment to be placed on two existing tower sites in Limestone County. According to Goodman, the cost would be financed over a five-year period, with the equipment cost deferred for the first year with the groups only paying access fees.

Council member Harold Wales said the cost for the first year would be around $5,700 but jump to almost $150,000 the next year as part of the plan.

Goodman said joining the network would allow public safety members to communicate with counterparts in other counties like Madison and Morgan as well.

Neither the Council nor Commission made a vote concerning joining the network at the latest meeting. Any such vote will take place at a future meeting.

Council member Chris Seibert asked why Motorola's radio system was better than what the city and county has in place now. For an example, Goodman said the police and fire departments in Athens operate on separate and independent radio systems in two different frequencies that “can't even talk to each other.”

“The Sheriff's department has communications problems,” Goodman said. “It's 30-year-old technology we are still using here. This takes things to a digital platform that solves all those problems, and anybody can talk to anyone they need to whenever directly without having to make phone calls through dispatch.”

“It is considerably better than that,” Goodman said. “It operates in the 700 megahertz spectrum. It is a public safety protected frequency spectrum. You don't have other things operating in.

Goodman said anyone on the network would be able to use devices in their vehicle or on their hip to communicate with any other agency using the technology.

He also mentioned that costs associated with joining the network could be paid with any available CARES Act funding as an eligible expense.

Council member Frank Travis said the Athens-Limestone County 911 board has already voted to move forward with joining the network. Director Brandon Wallace was at the meeting and was one of the officials Goodman said he was speaking on behalf.

Council member Wayne Harper asked if putting equipment on two towers would be sufficient to cover the entire county. Goodman said it would, with areas of the county already covered by the networks bleeding over from neighboring counties.

After Goodman's presentation to the Commission Tuesday, Commissioner Jason Black said he thinks this service has been needed for a “very, very long time” in Limestone County.

Chairman Collin Daly echoed Black's sentiment, saying the western side of the county especially has parts without cell service

“If you don't have phone service, that's your backup lifeline to the radio,” he said. “I think this is a much-needed service.”