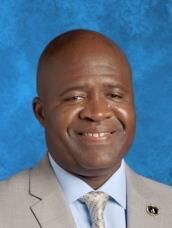 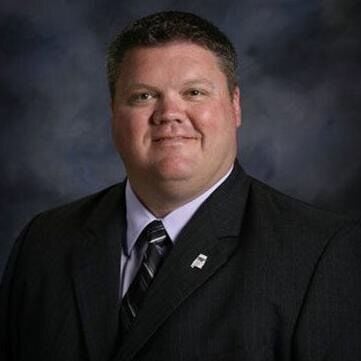 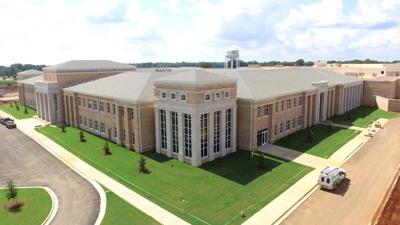 When Athens High School students walk through the school doors Monday, they will do so under the watchful eye of a new principal, thanks to multiple moves the Athens City Schools Board of Education made at Thursday's meeting.

The Board voted unanimously to establish a new position at the central office — executive director of planning. According to board president Russell Johnson, the position is being created because the city and school system have experienced so much growth in population, with more expected in the coming years.

“We have buildings that need to be built, and we want to make sure we have a good plan in place,” Johnson said. “We have to get going on that, so we felt like we needed this position to assist us in that plan. People are coming, and we have to figure out where we're going to put them.”

After creating the position, the Board announced Carter will be transitioning into the role. Carter was interim principal at Athens High before being named executive principal last summer. He also spent time as principal at Athens Middle School and as executive director of innovative programs with ACS. He was named Alabama’s Principal of the Year in 2013.

“Dr. Carter, I want to personally thank you for the great things you have done at Athens High School and say how excited I am to work with you in this endeavor, because we're going to have to hit it hard and fast,” said Interim Superintendent Beth Patton. “I appreciate your willingness and excitement about doing this.”

After announcing Carter would be transitioning to the new position, the Board unanimously approved naming Moore as interim executive principal at Athens High. Moore has been serving in the role of academy principal for 11th and 12th grade at the school, which meant he was in charge of the day-to-day operations and staffing in relation to those grades as well as handling academics, logistics and discipline. According to Patton, Moore joined Athens City Schools as Athens High's assistant principal in 2018.

“I have been in education for 27 years, almost 28,” Moore said. “I have been a coach, teacher, athletic director, assistant principal and principal at previous stops prior to coming to Athens. I had the opportunity to come to Athens, and I felt like it was a good situation because it's a progressive town and progressive school system with outstanding leadership from the central office.”

Moore said the school is in “impeccable” shape academically and the students are “thriving.” He said he feels like the city of Athens is also doing well.

“It's a great opportunity,” Moore said. “After being here going on my third year, I am just excited to be a part of the change here. We have an outstanding administrative team at Athens High School. I don't feel like the weight of the world is on my shoulders. We have veteran teachers who have been at Athens for a long, long time, so they are highly connected with the community and our students. I feel like it will be a seamless transition.”

Moore said he is humbled to be appointed to his new position because he knows what it takes to do the job.

“I'm just thankful we have the right leadership here that is willing to give me the opportunity to lead this school,” he said.

Patton said the Board is “very happy” to have Moore in the interim position.

“We will go through the legal process of getting that position advertised and doing what we have to do going forward, but (Moore) is the natural fit because he already knows the vision here and it will be a seamless transition,” she said. “It will be great for our students and our teachers.”