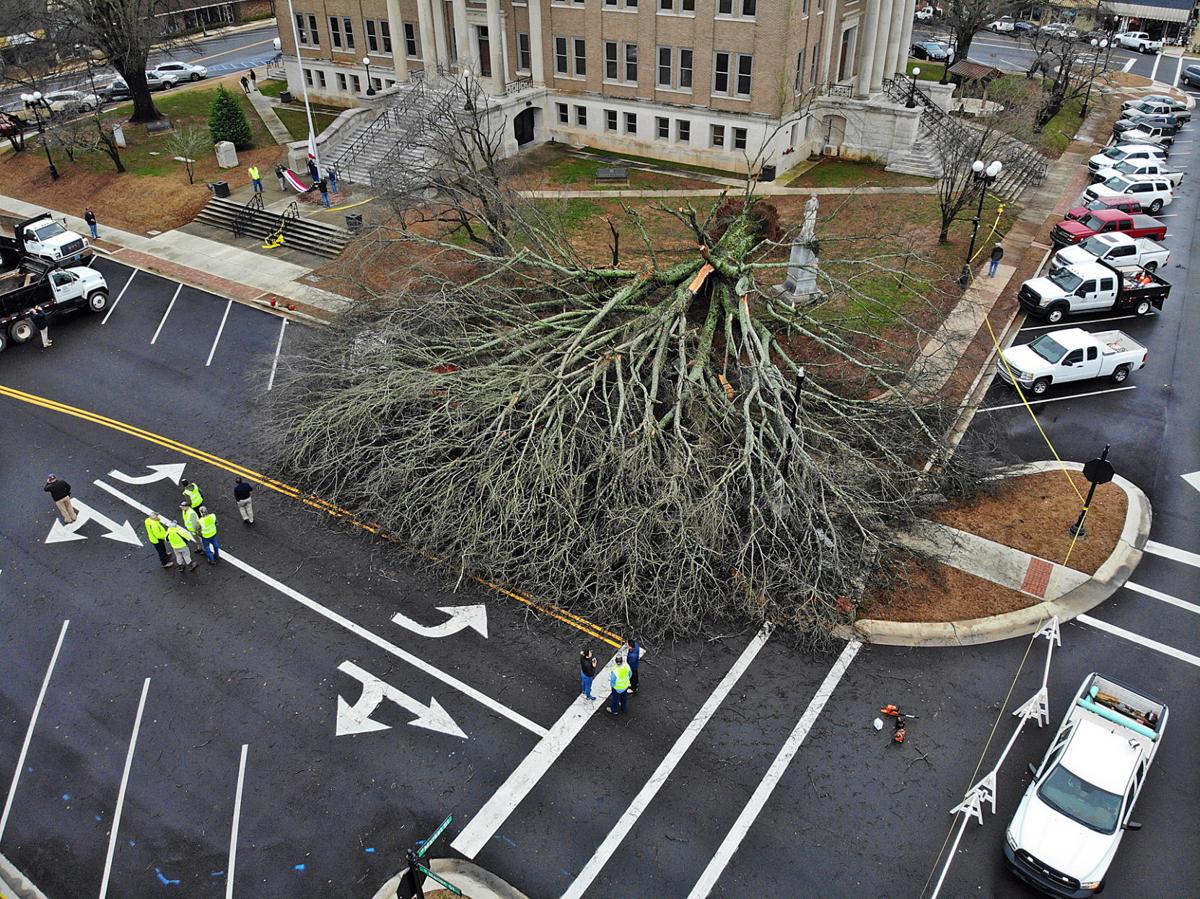 This aerial photo shows a large willow oak tree at the Limestone County Courthouse after it was knocked down by a storm Wednesday night. Five cars were trapped underneath, but luckily, no one was injured. 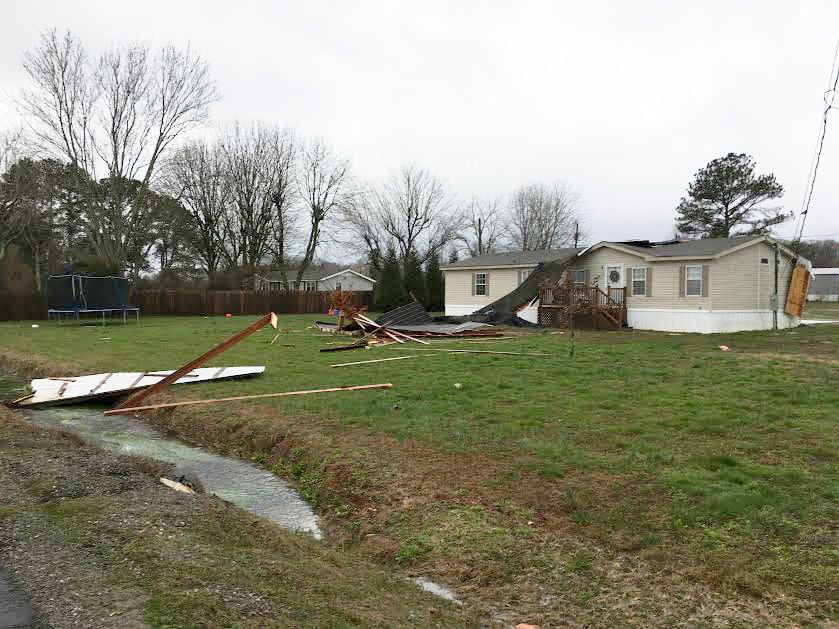 This mobile home on Lydia Corey Road in the Owens community sustained damage to the roof and carport during a brief thunderstorm Wednesday night. Wind carried a trampoline from the home's backyard to its front yard. 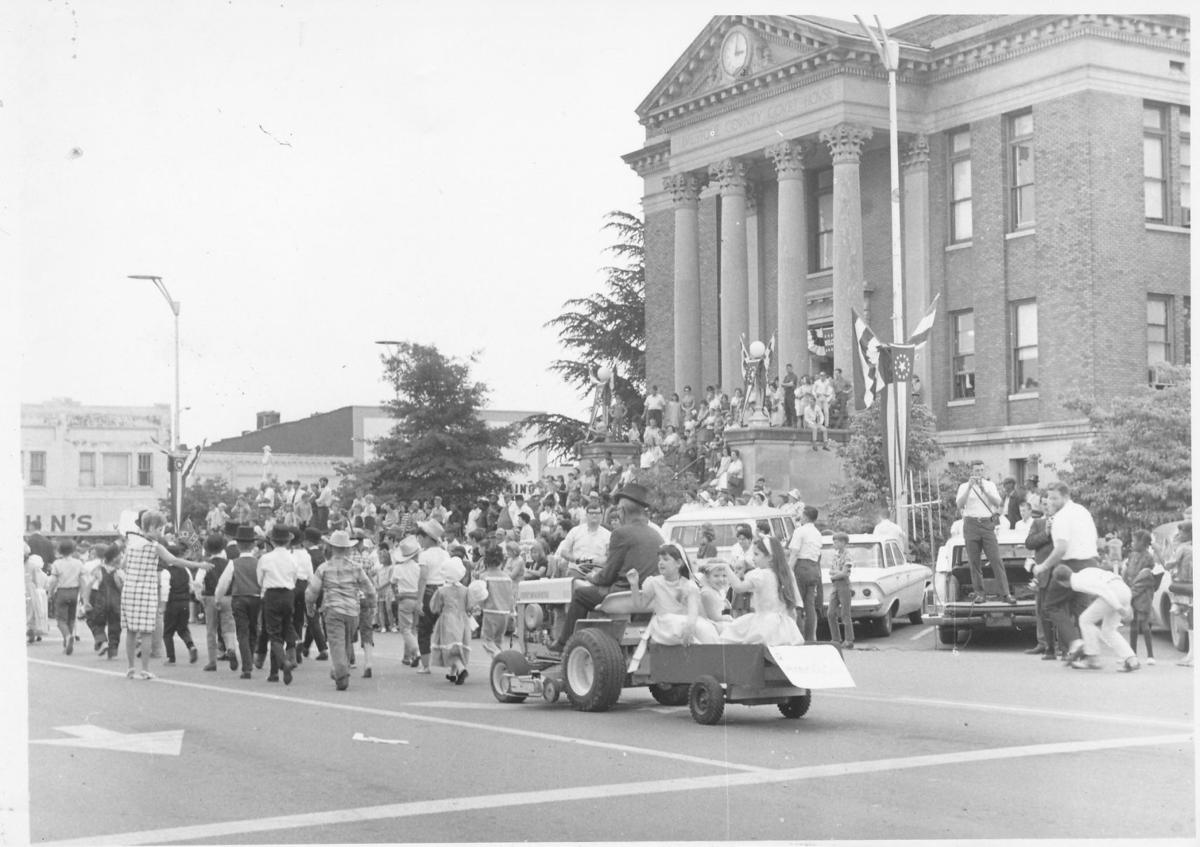 This photo of a parade on The Square in Athens is dated 1968 and shows a much shorter, younger willow oak tree on the corner of the Limestone County Courthouse lawn. More than 50 years later, a week of rain and a brief thunderstorm successfully toppled the tree, which had grown as tall as the courthouse beside it.

A brief thunderstorm was all it took to down trees across the county Wednesday night, including a large willow oak on the Limestone County Courthouse lawn.

There was some discrepancy Thursday morning about how many years the tree stood on the corner of Marion and Market streets, but there was no doubt it took out five cars when it fell. Limestone County Commission Chairman Collin Daly said one car had three people inside. Luckily, no one was injured.

Marion Street was closed until the tree was removed. Crews from the City of Athens worked to clear the sidewalk, but it's up to county crews to handle removing the rest of the tree from the courthouse lawn.

Daly said commissioners would discuss what to do with the trunk next week.

"We have several people wanting to make stuff out of it," Daly said.

Tabitha Holcomb stood on the sidelines while crews worked. Her car was among those trapped under the tree, and she told The News Courier she was almost under the tree with it. She and her family parked the car at the courthouse while they went to dinner at a restaurant on The Square.

When the storm started, she grabbed her kids' hands and prepared to make a dash for the car.

Daly said it was a miracle that there were no injuries reported despite how many trees and power lines were downed in the brief storm. Rita White, director of the Limestone County Emergency Management Agency, said they received some reports of damage to homes. Multiple car accidents were also reported.

"A lot of people were on their way home," White said. "(The storm) just came up so quick."

She said a tree fell on a house on Motter Drive in Athens and a few homes on New Garden Road in Elkmont suffered roof damage. On Lydia Corey Road, a carport was blown away from a mobile home and across the street. The mobile home also sustained roof damage, and a trampoline was blown from the backyard into the front yard.

Up to 3,000 residents in Limestone County were left without power after the storm, but Athens Utilities crews were able to reduce that number to 500 by Thursday morning and 70 by that evening, according to Athens Communications Specialist Holly Hollman.