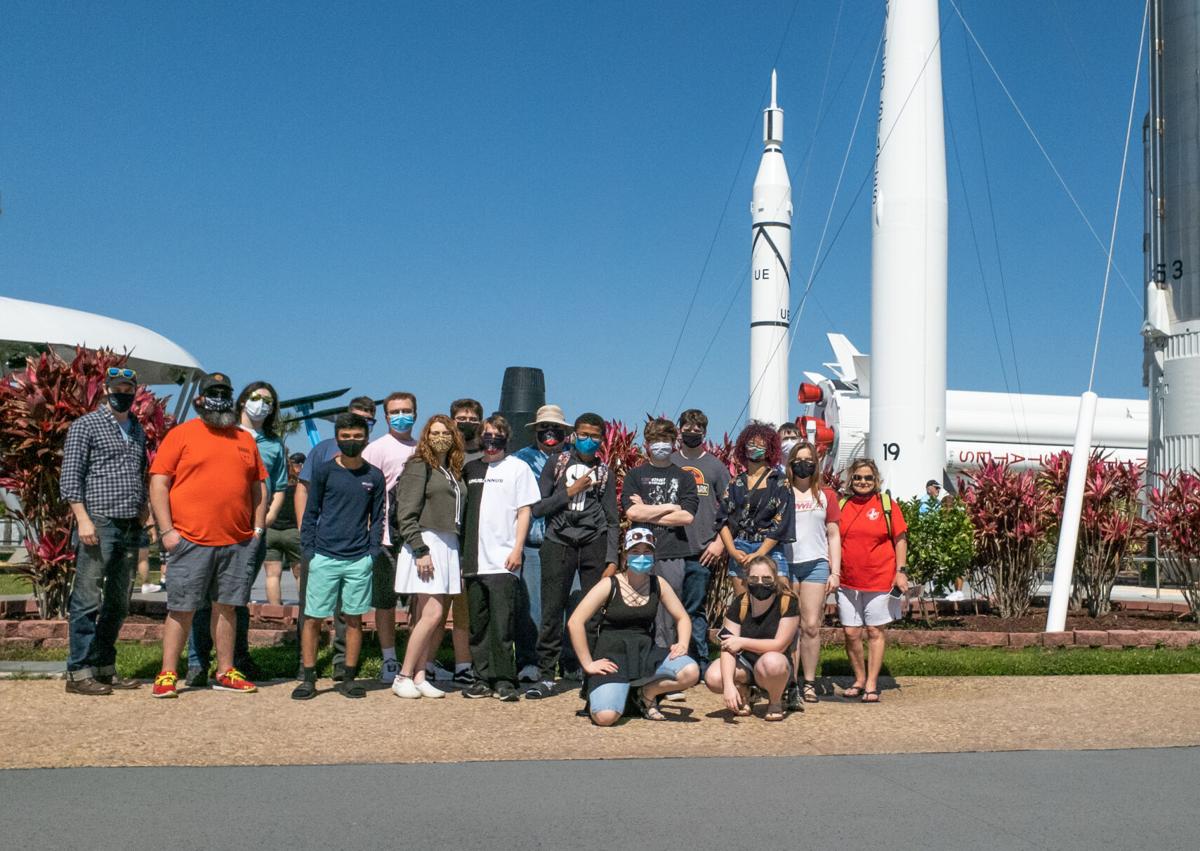 Students and teachers from the Limestone County Career Technical Center's Team 34 Rockets traveled to Florida to witness a SpaceX launch in real life. One student described the experience to pre-engineering teacher and team mentor Damon Faris as "the coolest thing I've ever done." 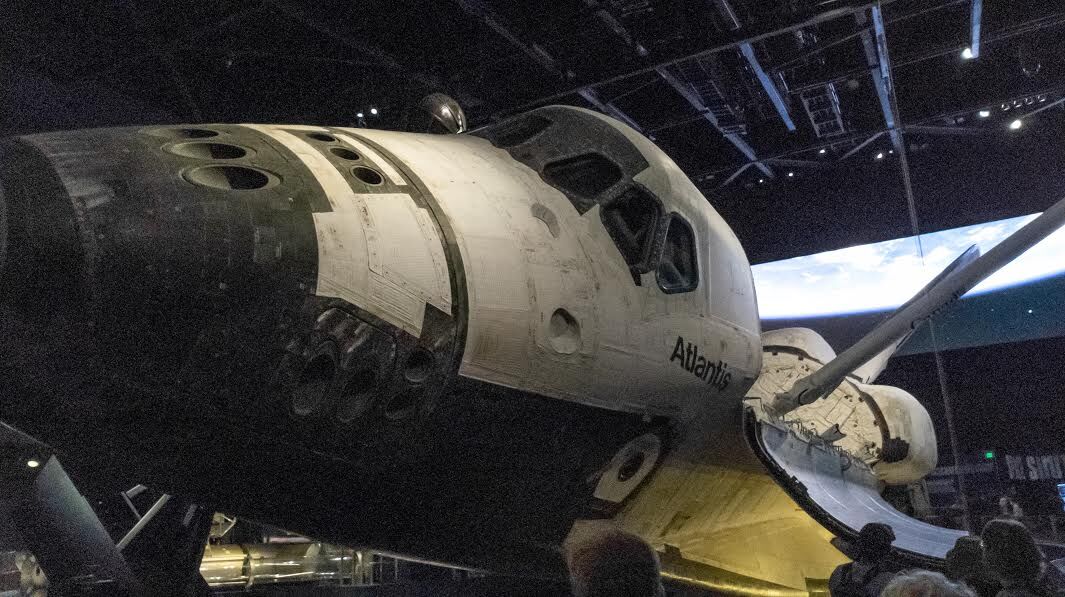 The space shuttle Atlantis rests at the Kennedy Space Center in Florida. Limestone County Career Technical Center pre-engineering teacher Damon Faris, who provided the photo, and his students said seeing the exhibit firsthand was an incredible and much loved experience.

Fifteen students and four adults with the Limestone County Career Technical Center got the trip of a lifetime last week: watching the launch of a SpaceX rocket live.

East Limestone senior and third-year tech student Miranda Haynes said it's something she's seen several times through live streams or video replays, but she was "not prepared for how beautiful it looked."

"It was just really exciting," she said. "I just remember being really 'ahh' and completely in awe of just how amazing it looked. It looked like the sun coming out, rising above the clouds."

The launch took place Friday and marked the third crew flight in less than a year for SpaceX. Four astronauts from the U.S., Japan and France were on the flight, with plans to arrive and spend six months at the International Space Station.

Dakota McKinney, an Elkmont junior and first-year tech student, said it was a feeling like no other to watch their launch live, "especially when the wave of it finally hits you."

The students are all part of Team 34 Rockets, and witnessing the launch was the team mentors' way of making up for the ongoing coronavirus pandemic's effects on their year, according to Damon Faris, pre-engineering teacher at LCCTC. Faris said the team usually spends the year fundraising and preparing for a competition against other robotics teams, but when it looked like a competition may not happen, the team mentors began discussing what to do instead.

"We saw that the Crew 2 launch was coming up at the end of April, beginning of May, so we decided, 'Well, we'll see if we can do that,'" Faris said. "At the time, we couldn't travel at all outside of competitions."

Fortunately, the pandemic lifted enough that they were granted approval to make the trip for the SpaceX launch. Faris said it was great to give his students something they could remember and bond over, especially for the seniors that had been a part of the team for multiple years.

"We even got to see the booster come down and land way off in the distance," Faris said. "We've watched it many times on the screen, but to see it go down way over the horizon was really, really cool."

Students were also able to explore the Kennedy Space Center and tourist attractions during their three-day stay in Florida. When speaking to The News Courier on Monday, Ardmore senior and third-year tech student Travis Kelly was sporting a Ron Jon Surf Shop shirt, saying he planned to savor the memory of the trip because "you'll never see it again."

Haynes, however, has a different plan. With her two years of design work, one year of programming, the SpaceX launch experience and everything else she's learned, she is looking forward to attending the University of Alabama this fall with a major in physics, minor in astronomy and a dream of being an astrophysicist.

"Oh, I'm going to see it again," she said of SpaceX launches. "I'm going to be working the next one."

Faris said several of the students were moved by the trip.

He said being able to compete and attend rocket launches in the same year might not be feasible, but the team mentors are already discussing a trip in Fall 2024 to Texas so students can watch the next solar eclipse.