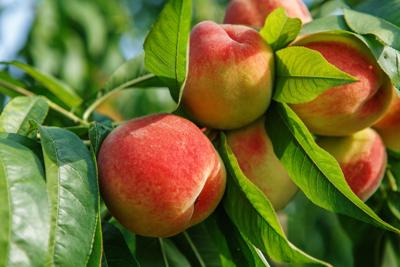 Growing crops requires a great amount of work and attention to detail, but even the most attentive farmer cannot control something like the weather.

When it comes to produce crops, temperature can play a big role in just how well a season turns out for the grower. Peach buds, for example, need a certain amount of chill hours, or time when the outside temperature is between 32 and 45 degrees Fahrenheit, to grow and produce quality fruit.

Chapman said peaches are very sensitive to chill hours, and if they do not get enough, they don't “behave like they should.” He said Limestone County usually doesn't have as much trouble hitting the chill-hour mark as, say, Chilton County down Interstate 65, which is known for its unique peaches.

“Compared to us Chilton County has 392 chill hours right now,” Chapman said. “We still have this month and into February to get what we need.”

Chapman said the Extension center subscribes to what he called “ag weather services” which help predict when temperatures will be too high or low.

“We get some freeze warning info from them, and if there is going to be a cold night, we can give local farmers a heads-up,” he said. “That would usually be later on in the season, in March or April.”

Chapman said farming is a weird business, and there is always something to learn. He said some chill hours where the temperature is under 32 degrees still count, but the jury is out on just how many hours and how much under that temperature still works.

“We do have some chemicals we can use to substitute for some lack of chilling, but that is another tricky thing,” he said. “You have to know your trees and which varieties need it and how much of it. We have used that once before and got got some benefit.”

Peach harvest will occur during summer months, with the exact month depending on the variety.

Visit bit.ly/ACESpeaches for more up-to-date information on chill hour accumulation for different areas across the state.