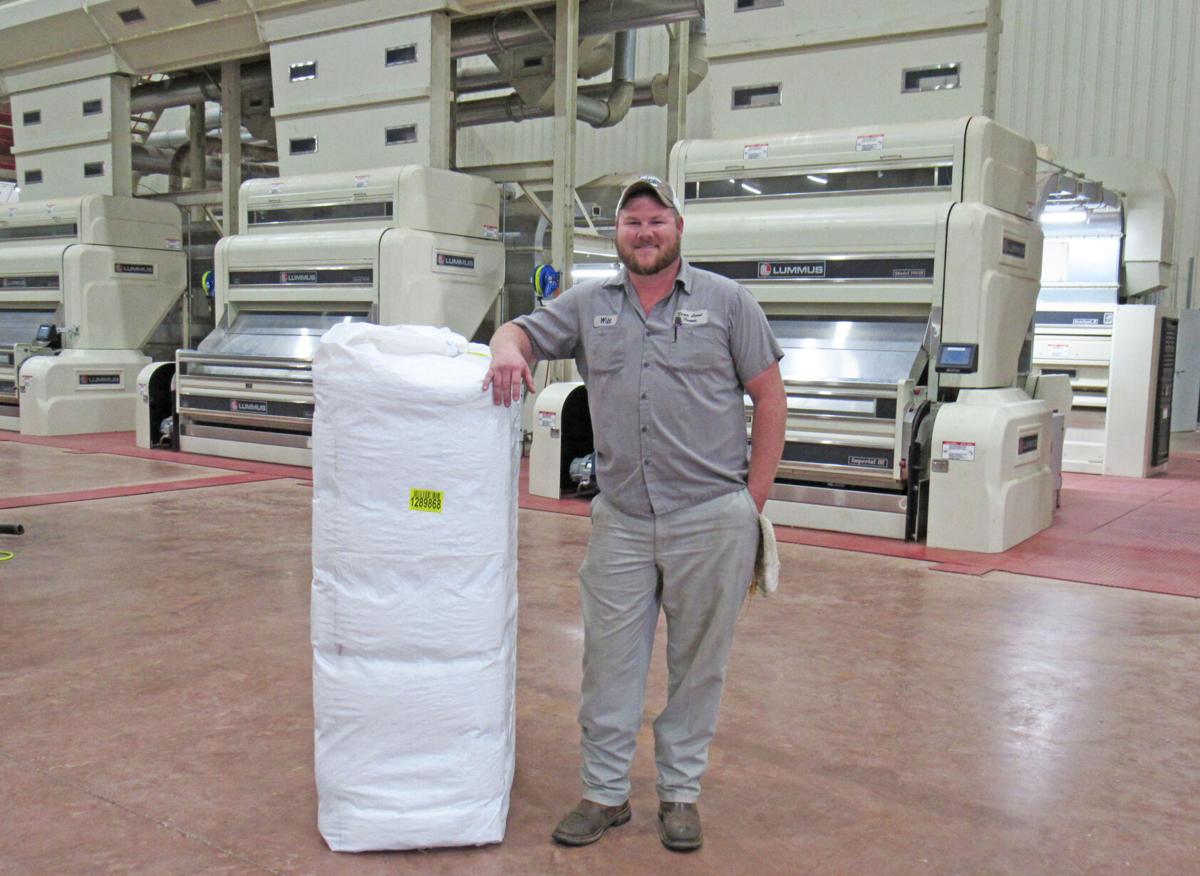 Local farmer Will Goode stands by a bale of cotton of the Deltapine 1518 variety. The bale came off the gin at Associated Growers Co-op on Thursday and was the first cotton ginned in the state this season. 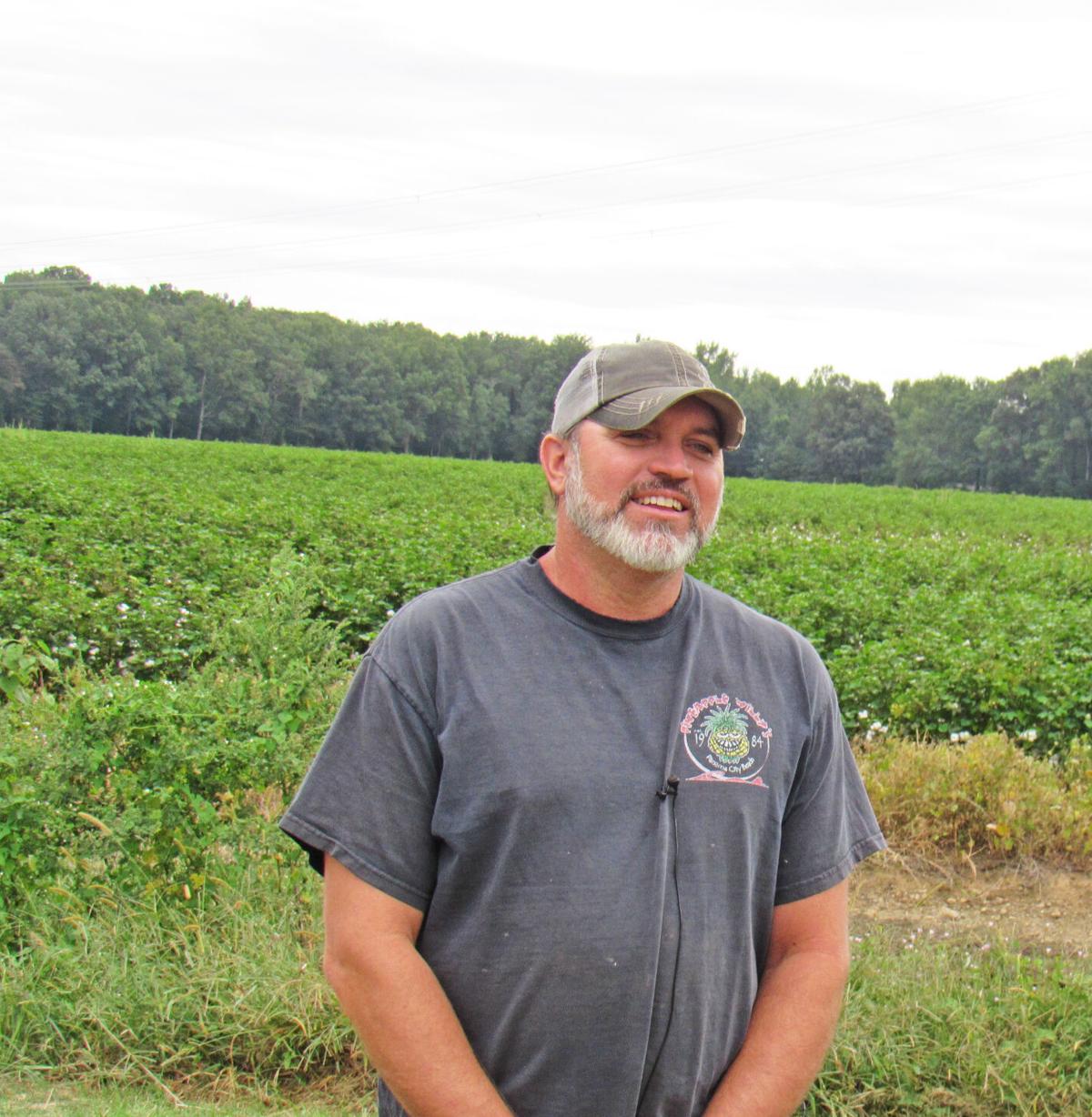 Ben Looney, a local grower, said this year’s cotton crop is decent with an average yield. He admits last year was a “phenomenal” year for the state’s largest row crop. 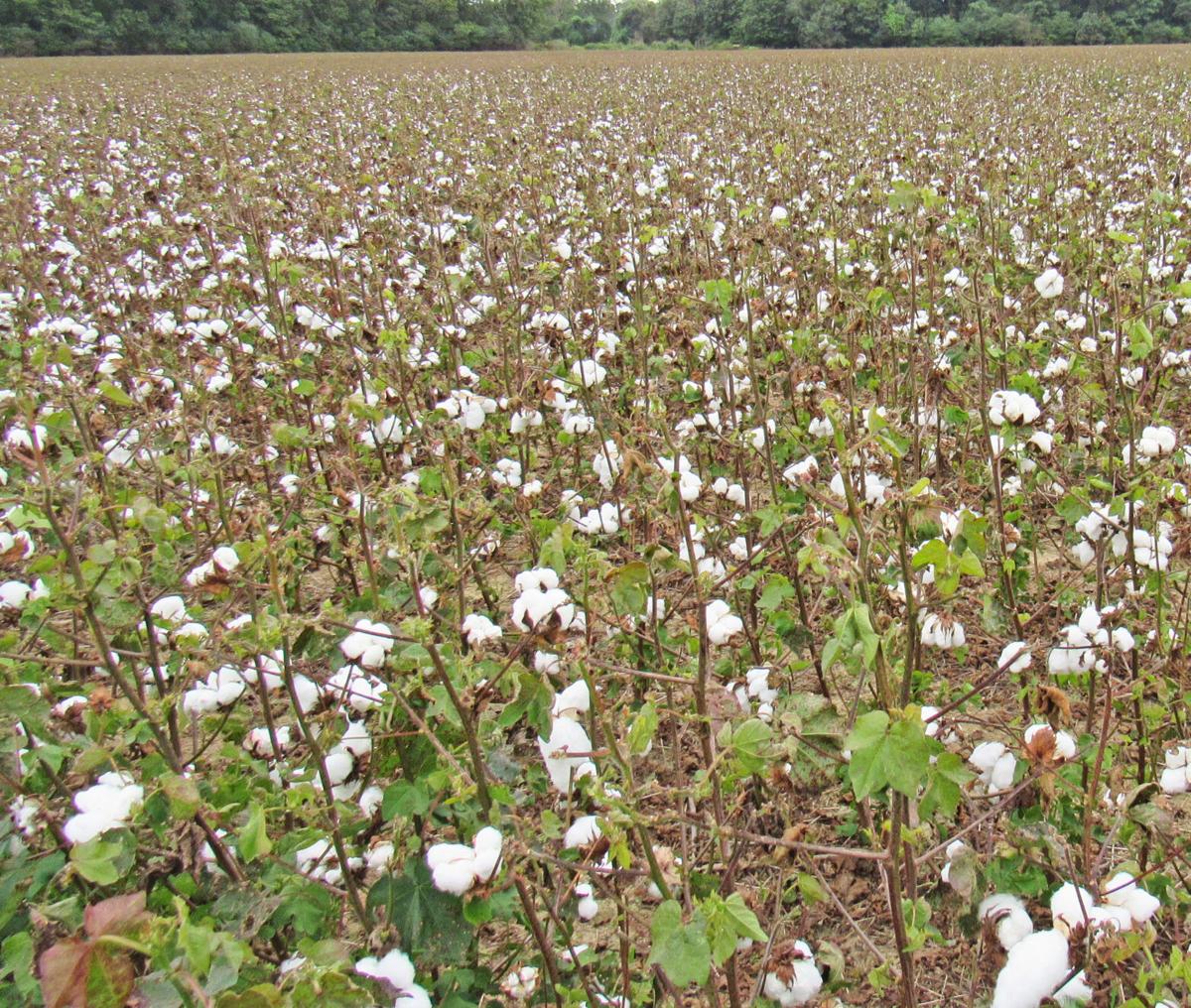 Cotton opens up in a field in Limestone County. 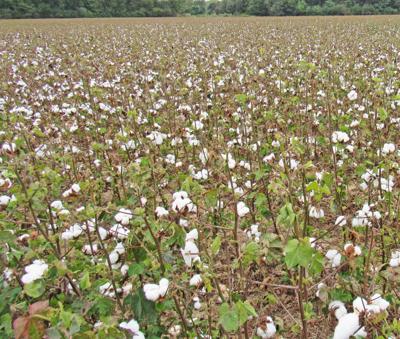 Cotton is getting high in Limestone County, which has led to a local gin producing the first ginned bale of cotton in the state.

Billy Sickler, manager of Associated Growers Co-op Inc. in Athens, said the first bale came off the local gin Thursday. He called gins around the state to see if they had produced any bales, only to find out Associated Growers was, in fact, the first.

The cotton, which is the Deltapine 1518 variety, was grown by local farmer Will Goode and weighed in at 481 pounds. Goode, a member of Associated Growers Co-op, said the cotton was planted Saturday, April 4, and picked Monday, Sept. 21.

Sickler said the gin typically tries to produce bales between 480 and 500 pounds.

“That's a processed bale,” Sickler said. “All the seed and trash has been taken out of it.”

“This year, we (Limestone County) are down a little bit, but we were already down 25% of cotton acreage in the county, anyway,” he said. “We've got a little more than 21,000 acres we will be ginning.”

Associated Growers Co-op is made up of 11 owners who use the gin. However, the co-op ginned cotton for 32 different growers last season.

Ben Looney, a local cotton grower, said his cotton is a little bit different this year.

He called it a “decent, average crop” with an “average” yield.

Fortunately, cotton prices have been holding pretty steady as well, according to Looney.

Limestone County is one of 58 of the 67 counties in the state that plants cotton, the state's largest row crop. Alabama farmers planted nearly 540,000 acres of cotton in 2019, according to the Alabama Farmers Federation. Farmers harvested 532,000 acres with estimated yield of 928 pounds per acre for a total of about 1,028,000 bales in 2019, the Farmers Federation said.