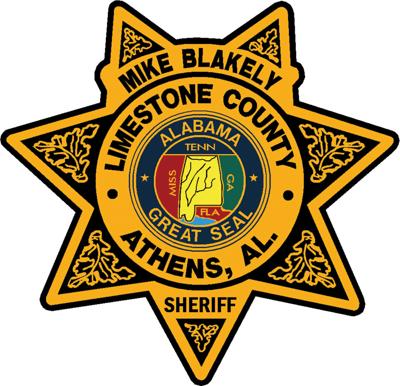 LCSO Deputy Chief Fred Sloss presented the request during a recent series of budget hearings before the commission, explaining much of the increase was to cover failing equipment at the county jail, aging patrol vehicles and the hiring of new deputies. The total proposed budget is $11,955,911.55, split across the sheriff's office, the jail, courthouse security, school resource officers, the work release program, animal control and inmate medical costs.

In typed statements explaining some of the requests, Sloss said the sheriff's office is "in dire need" of at least eight new patrol vehicles to replace vehicles with high mileage. He noted the office has more than 25 vehicles with at least 100,000 miles each, including 10 with more than 150,000 miles.

"Vehicles with high mileage pose danger to the deputy driving and to the public being served," Sloss said. "In addition, the cost to maintain older fleet vehicles has caused over-spending in the budget for repairs and maintenance. ... Without the purchase of vehicles, patrol cannot continue to provide the quality of service the citizens of Limestone County expect."

The estimated cost to purchase eight new vehicles was $320,000.

Sloss also requested two new deputy sheriffs and a new administrative clerk on behalf of LCSO to help handle the growing demands that accompany a growth in industry and population within the county. The sheriff's office previously applied for a grant to help fund hiring three new deputies but wasn't approved.

For the Limestone County Jail, Sloss asked the commission to approve funding to purchase a new dual gas fryer, improve the food prep station and replace air conditioning units. His explanation echoed that of last year's request — the units are old, they operate 24/7, and failure to replace could lead to a failure in the unit and flared tempers or medical issues among inmates.

As for the jail's kitchen, food temperatures can be difficult to maintain, the conveyor belt has a history of needing repairs, and the deep fryer can't stay heated if used extensively. Sloss estimated the costs for the kitchen and A/C at around $56,000, and he requested an additional $15,500 for an industrial washer and maintenance of the fire suppression systems.

Other departments within the sheriff's office remained about the same, with additional funding requested primarily to cover increases in employee salaries, wages and benefits costs, including insurance or retirement costs.

A new system could allow for better record-keeping, quicker response times, less frustration for those calling 911 and easier maintenance moving forward. Yerdon said it could take eight to 10 months to get the new system set up, advising commissioners to approve the expense now rather than later.

The Limestone County Community Corrections Program also requested a slight increase in funding for fiscal year 2021, with much of the request slated for employee salaries, wages and benefits.

However, the program also reduced funding requests for training, fuel, cleaning supplies, travel expenses and miscellaneous supplies. Tony Graviet said the pandemic had affected their operating hours and need to travel to conferences, allowing them to spend less money on those expenses.

Limestone County Coroner Mike West actually requested $1,800 less from the commission this year, though he repeated a request from last year for funding to purchase a moveable body cooler and new truck.

In a statement explaining the request, West said he has not been able to get the body cooler yet, and his truck is a hand-me-down from one of the county's districts that generates negative comments when in the field.

"We have had several negative comments about placing bodies for transport in a 'pickup truck,' so would like to replace it so this does not happen in the future," West wrote, describing the current truck as a 2003 Ford F-250 with a camper shell and 117,179 miles on it.

The News Courier will have additional coverage featuring requests from other county departments in a future edition.