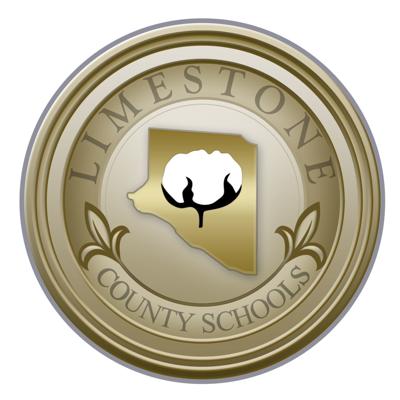 Limestone County Schools will spend its more than $1.5 million in CARES Act funding on new technology devices, water fountain upgrades, thermometers and more, according to a budget shared during the school board's Tuesday meeting.

Superintendent Randy Shearouse told board members on Tuesday that the system received $1,598,371 from the Coronavirus Aid, Relief and Economic Security Act to help schools prepare for the upcoming school year. He said the money must be spent by September 2022.

Of that more than $1.5 million, about $600,000 will be spent on technology upgrades. Following the superintendent's report, board members approved purchasing 1,475 Dell Chromebooks and related licenses that can be used by students in grades 2–12 and teachers who do not have a district device.

Members also approved purchasing 460 iPads and 460 Brenthaven Edge 360 cases to be used at elementary schools throughout the year. In the case of another shutdown, the Chromebooks and iPads can be sent home with students for remote learning.

"We feel like, with the latest news and as we continue to move forward, there will be times when we will have to make some decision — of course, about virtual school, but also when students are at home, they'll need devices and they'll need internet access," Shearouse said.

To help with the latter, LCS is partnering with Verizon Wireless, AT&T and T-Mobile. A board agenda request form said LCS has to partner with all three "due to inconsistent coverage" in the county and will pay for the contracts through a $10,000 TVA grant in addition to the CARES Act funding.

Other expenses include replacing or retrofitting water fountains so students can use them to refill a personal water bottle instead of putting their mouth near the water fountain's faucet. Shearouse said some schools already had the option, but this funding will allow the option across the county.

Fifty thousand dollars has been set aside for purchasing safety equipment, such as gloves and face coverings, while $93,371 will be spent purchasing "temperature-checking devices." Shearouse said it is possible screening stations will be set up and moved from school to school depending on the needs of the day, but it is not a requirement at every school for students to have their temperature checked.

"We do feel like that needs to be part of the process we have," he said. "Not that we check every student, every day, but as we have hot spots or certain needs, that we move around devices."

Parents are asked to keep students at home if the student has a fever of 100 degrees or higher and for students not to return to school until they have been free of a fever for at least 72 hours.

Given the large number of schools and students in the district, Shearouse said $200,000 from the CARES Act funding will be split among the schools to handle their needs.

"Schools are going to have some additional costs with starting back, so we want that to go directly to the schools so they could have a say in what they needed," he said.

Most of the remaining funding will be used for increased personnel and cleaning costs, including two new employees — one for upper grades and one for lower grades — that can work with counselors to help students who may be struggling with the mental, social and emotional toll of the pandemic.

He said some of the items in the budget may change as the school year progresses and new guidelines are released. However, Shearouse explained he wanted to provide a draft budget before bringing individual items before the board as recommendations.

Visit bit.ly/LCBOEagenda for a complete list of Tuesday's meeting agenda and bit.ly/LCSonYouTube to view a video recording of the meeting.