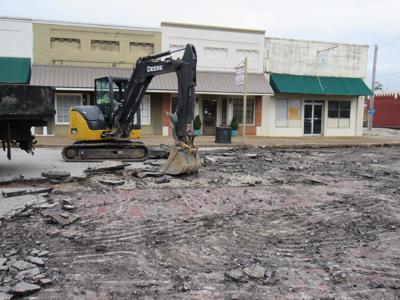 An attempt to preserve part of Athens history took another step forward Wednesday as crews began removing part of the asphalt on Market Street to expose the old bricks underneath.

Athens Public Works Department employees removed asphalt from a portion of Market Street near the railroad tracks Wednesday morning. Athens City Council members will review the work before deciding whether to have more bricks exposed.

The unveiling was enough to convince all but one council member to vote in favor of having Public Works uncover a second area. However, multiple officials expressed concern at the time over the final cost, the safety and the aesthetic of the project, among other issues.

Athens Mayor Ronnie Marks said Wednesday council members will review what Public Works uncovered. Marks said he would provide a recommendation from Public Works comparing the condition, maintenance, drainage and cost estimates between keeping the bricks or paving them.