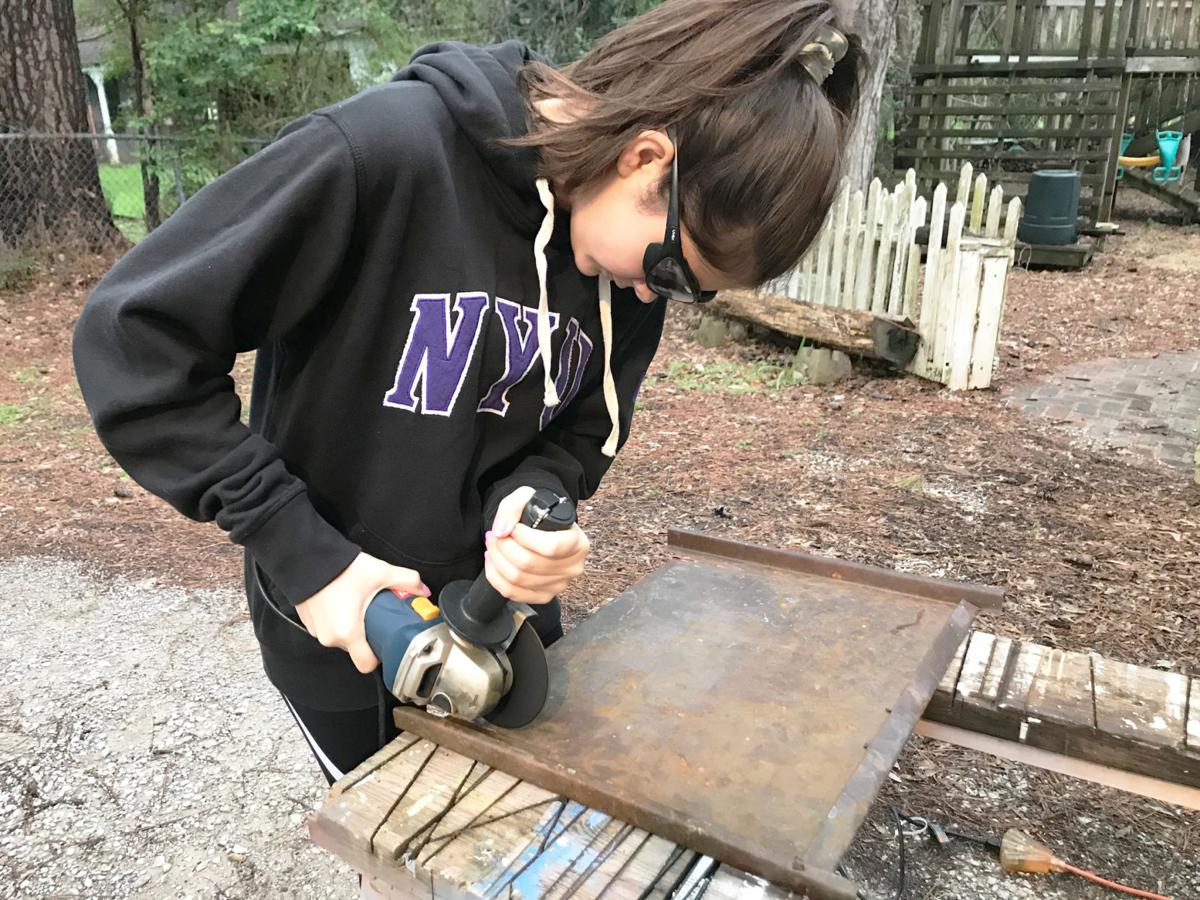 Chandler Sprader, 13, uses copper from the Mooresville's historic Brick Church to build a bat house for the town. 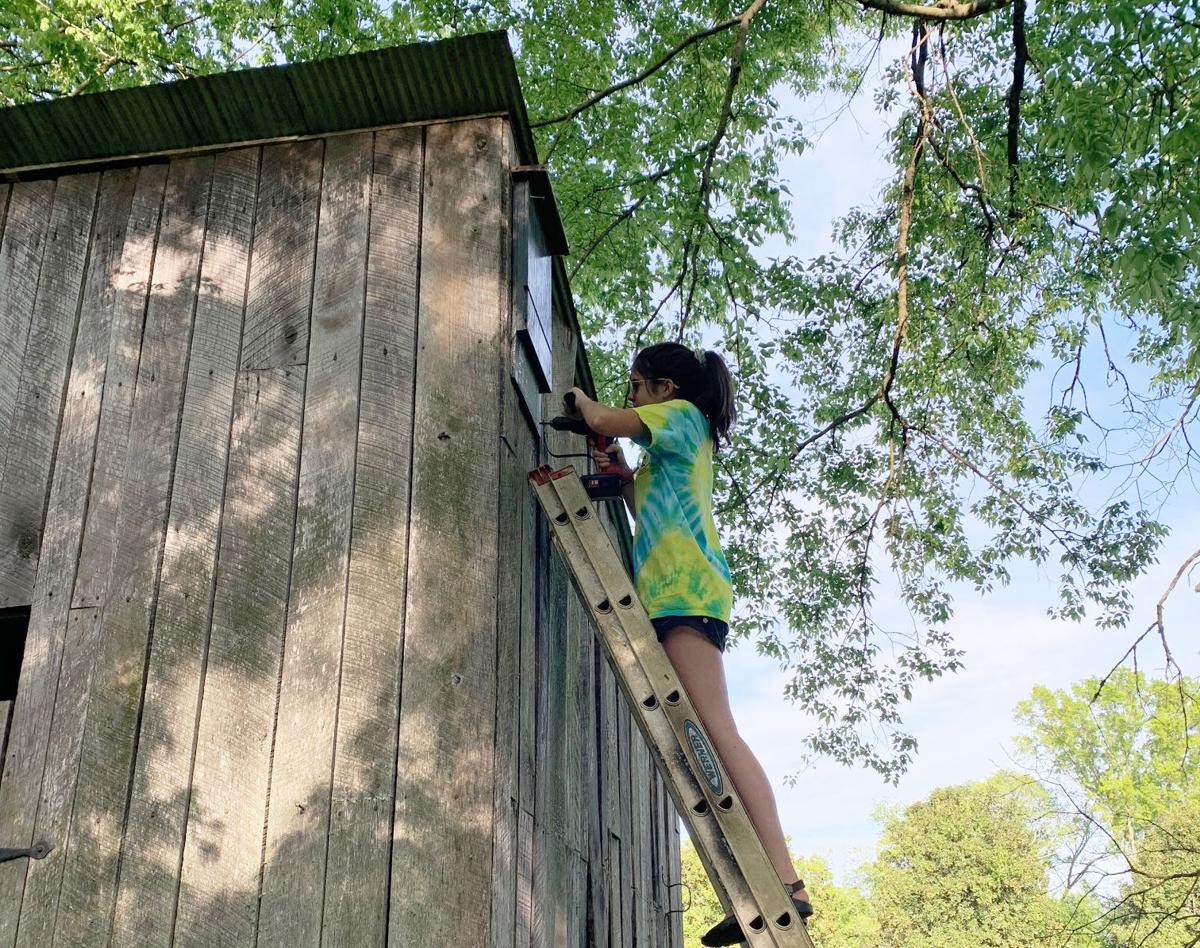 Chandler Sprader installs a bat house on the south side of the blacksmith shop in Mooresville as part of an agriscience project for school.

What started as an idea for the bicentennial garden has become one teen's agriscience project and possibly a way to improve summer for the residents of Mooresville.

Chandler Sprader, 13, said she was helping her mom, Mooresville bicentennial chairman Nikki Sprader, come up with ideas for Mooresville's bicentennial garden, a project celebrating 200 years of history for the small town in southern Limestone County. Among the ideas were homes that local students could build for the area's flying population.

"We kind of tossed around the idea of building birdhouses, and when looking at different birdhouses, we came across bat houses," Chandler Sprader said. "We found them interesting because one of their attributes was eating mosquitoes."

Because Mooresville is a Southern town with plenty of water nearby, there's no shortage of the tiny, blood-seeking bugs. While mosquitoes generally make up a small portion of a bat's diet, one study found they were capable of eating several hundred in an hour under the right conditions. Bats are also primary predators of other night-flying insects and damaging pests, with pregnant or nursing mothers of some species consuming up to their body weight in insects nightly, according to Bat Conservation International.

However, visitors to the Mooresville Bicentennial Garden might notice there isn't a bat house among its features. Nikki Sprader said with everything else going on for the bicentennial, the project unfortunately didn't happen.

That is, until Chandler got assigned to engage in a supervised agriculture experience for one of her classes at Priceville Junior High School. This new project required her to document at least 10 hours of research, material gathering, construction and installation, and she knew just what to do.

"I just saw it as the perfect opportunity to build the bat house," she said.

The project took a couple of days with the help of her parents. They were able to use copper from the town's historic Brick Church along with plywood and wire to construct it. The bat house now hangs on south side of the town's blacksmith shop, where it can stay warm and be easier for bats to find.

"Part of my research was finding where to put the bat house," Chandler Sprader explained. "It's supposed to face south or southeast, 10 feet high, on the edge of a treeline, so we found that to be the perfect spot."

She said they haven't seen bats using the house yet, but that's expected.

"In our research, we found that it could take several years for the bats to find the house, so we're not expecting them really soon, but we expect them in the future," she said.

A little about bats

In addition to helping with pest control, many bats help their local environments as pollinators and seed dispersers. Some bats, like bees, feed on nectar and can carry pollen from plant to plant as they feed.

Others eat fruit and can distribute seeds near their perches or across large distances, according to the BCI website.

Outdoor Alabama reports 16 species of cave and tree dwelling bats live within the state's borders. However, the state's wildlife action plan lists all but one of the species as highest, high or moderate conservation concern. Gray bats, Indiana bats and Northern long-eared bats are each considered threatened or endangered by the U.S. Fish and Wildlife Service. Ten of the species are protected by the state.

The OA website lists habitat destruction, water pollution, pesticide uses, disturbance of caves and white-nose syndrome, a wildlife disease that has killed millions of bats across North America, among the threats to the bat population.