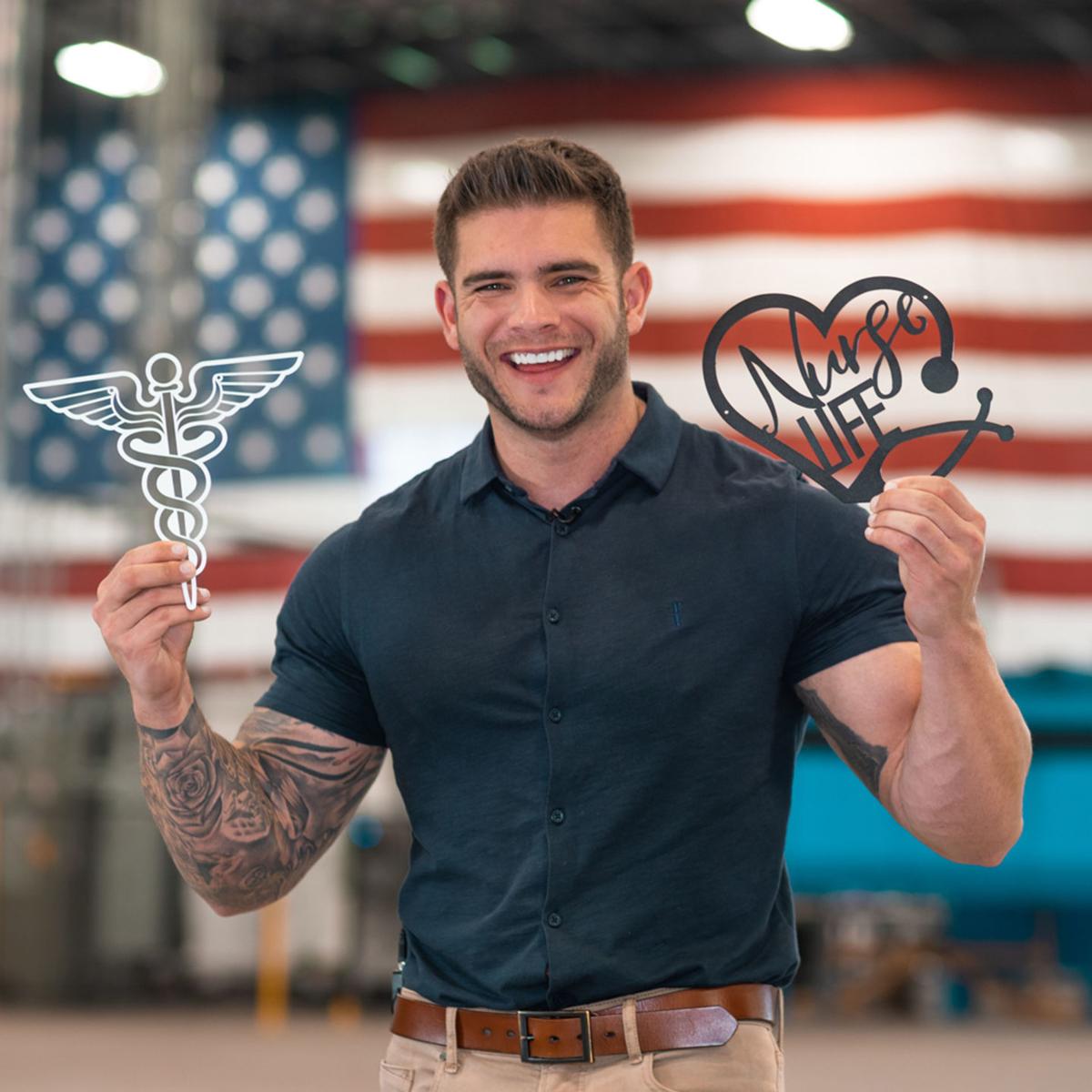 Colin Wayne, founder and CEO of Redline Steel, holds up two of his company's products. The local steel home decor manufacturer has donated more than $2 million in products from its "giveback collection" to support essential employees during the COVID-19 pandemic, including items designed for mail carriers, medical professionals, truck drivers and military. 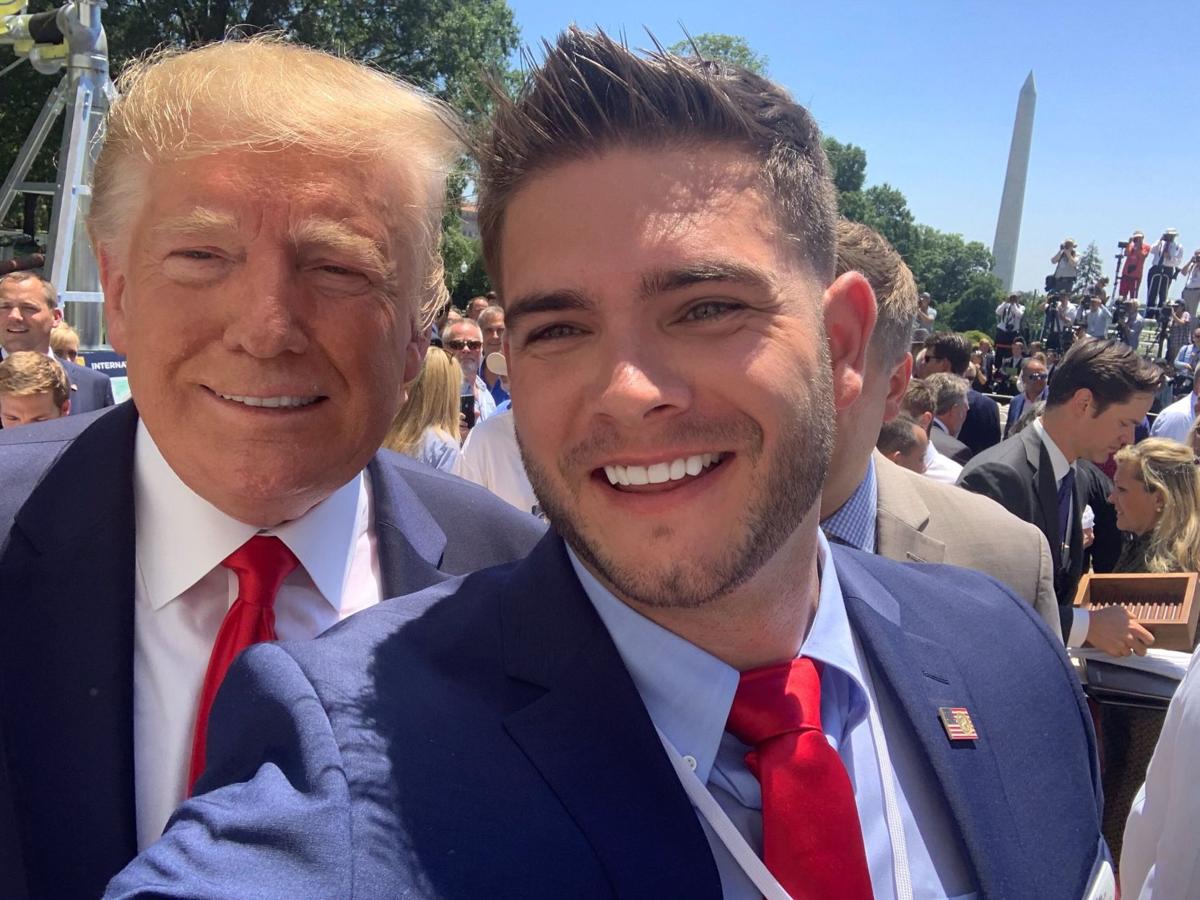 Colin Wayne, founder and CEO of Redline Steel, visited the White House and snapped this selfie with President Donald Trump. The Trump administration invited Wayne, but Trump liked Redline Steel's products so much, he purchased a flag with his own money to keep with him after his presidency. 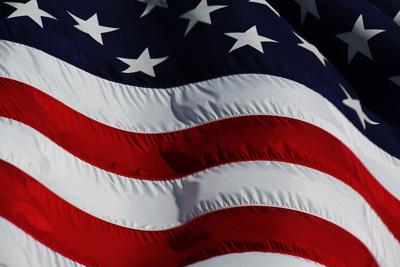 Sometimes a drive in the car is all it takes to clear the mind and spark an idea. Such was the case for Colin Wayne.

Wayne is the founder and CEO of Redline Steel, a local home decor manufacturer. He said he was driving to work in March and was trying to come up with a way to give back to medical professionals. His stepmother, a nurse for more than 35 years, had recently died, and it was on his heart to do something for medical staff, he said.

He decided to start a special "Giveback Collection" of home decor inspired by those in the medical field. The first item was a stethoscope in the shape of a heart with the words "Nurse Life" in the middle.

"I said I was going to give away 1,000 of these Nurse Lifes for free, to show my support," he told The News Courier on Wednesday.

Not only did people love the idea, they flooded him with requests for more. They also requested items for more than just nurses. Since March 15, Wayne said they've been able to give away about $2 million in products across the United States for respiratory therapists, paramedics, nurses and others.

"It's been an incredible response," Wayne said.

It's also helped his business thrive during the pandemic. The collection has expanded to include gifts for teachers, farmers, mechanics, police, firefighters, truck drivers, military, dispatchers, pilots and mail carriers. Customers can visit redlinesteel.com and use code "GIVEBACK" to receive their chosen item in matte black for free or with color for $5, plus shipping.

Wayne said it was a leap of faith to give away so much for free, but "a lot of people are coming back after they place their order, because now they know we're a legitimate business and they can tell we're giving back and see the quality."

Redline Steel first opened about four years ago. Wayne, a military veteran and fitness model, said he knew little to nothing about making steel home decor when he started, but he knew there wasn't anyone else marketing similar products and believed he was just the person to change that.

Now, the company has a retail store at Bridge Street, a manufacturing warehouse near Tanner and recently shipped its 1millionth order. The road hasn't always been easy, but as far as Wayne is concerned, "setbacks are setups for your future."

His success with Redline Steel helped land him in Forbes, in Entrepreneur, on Fox News and even at the White House. The Trump administration invited Wayne to visit as a representative of Alabama manufacturers in 2019, and President Donald Trump enjoyed one of Redline Steel's flag pieces so much, he purchased the item with his own money to keep after he left the White House.

"I never would've dreamed of going to the White House, but to have the success we've had, I think we're just getting started and we're long overdue," Wayne said. "I think we could do even better."

In the meantime, he's made it a point to give back to the employees who helped him get to this point. Wayne announced in March he would cover rent and mortgage payments for each of his employees for the month of April.

"I wanted to make sure my employees knew I had their backs, and the best way to show that is to do something," he said.