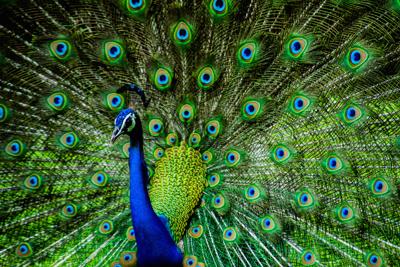 Residents of North Alabama planning a trip to a zoo or aquarium may one day have an option available closer to home than Birmingham, Nashville or Chattanooga.

A group called the North Alabama Zoological Society is working to put a zoo and aquarium somewhere in the area. The exact location and other details are expected to be announced as part of a press release sometime next month, according to NALZS board chair Ethan Woodruff.

Woodruff said other important details will be announced as part of the release, including where the group is at in funding the project.

“We are working in phases, and once we have all our funding in place and are able to break ground, it will take three years to open,” he said.

Woodruff said the reason he would like to see a zoo open in North Alabama is a simple one — there isn't one already. He said most communities that include cities the size of Huntsville, Madison, Athens and Decatur have zoos.

“This is a quality-of-life thing,” he said. “It's great that we have zoos in Birmingham and Nashville, but we don't have one down the road you can just go to on a weekend.”

Vision for the future

The idea to put a zoo in North Alabama comes from a trip Woodruff took with his daughter to the Birmingham Zoo in May 2019.

“My daughter and I are big zoo fans,” he said. “I was looking around watching people, and they were pretty happy. Animals make people happy, and zoos provide a needed conservation purpose. We thought, 'Why doesn't the Huntsville area have this?'”

Woodruff said the NALZS was started later that year, and he said a lot of work has already been done to raise funds and lay the foundation for the project. He said NALZS wants the animals to not just be taken care of but thriving at the zoo.

He said some experts are working to put together a list of animals that the zoo will feature. Woodruff said the size of the zoo and Alabama's climate are being taken into account when planning the species list.

“We have also been asking people what they would like to see in a zoo, and we are trying our best to get (those species) in,” he said.

Woodruff said NALZS plans to open the zoo in phases, so the group can take time and do things the correct way. He said the goal is to have the proposed zoo receive accreditation through the Association of Zoos and Aquariums.

“We have to start someplace,” he said. “Our first phase will have an area called the 'Cosmic Jungle,' where we will feature species of animals that have gone up in space. We consider these animals heroes and want to pay homage to them. That will feature a lot of interactivity.”

He said there will also be an exhibit showcasing animals native to Alabama, from the Tennessee Valley to the Gulf coast. He said a big part of that will be domesticated animals, especially those used in farming.

The first phase will include different shops and areas of entertainment.

“The first phase won't be a big one, but it's a good start,” Woodruff said.

Anyone interested in the project can visit NALZS.org for more information, including a concept drawing of the intended layout of the venue.