SLICES OF LIFE: The upside of COVID 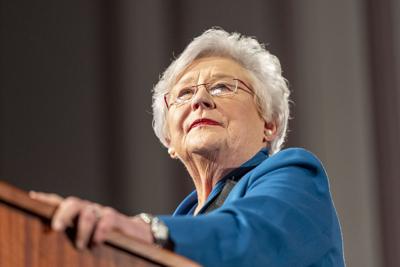 MONTGOMERY (AP) — Alabama Gov. Kay Ivey said Thursday that she is asking lawmakers to change a spending bill to ensure the state’s $1.8 billion in federal coronavirus relief funds is “put to use for the purposes Congress and President Trump intended.”

The Republican governor and Republican-controlled Legislature have been in a tug-of-war over control of the funds.

Ivey wrote to legislators saying she is returning the spending bill, which makes supplemental appropriations to state agencies, with an executive amendment to detail how the COVID-19 funds should be used. When lawmakers return Monday to Montgomery for the final day of the 2020 legislative session, they will decide whether to accept the governor’s proposed changes.

“Tension can be a good thing if you allow it to birth good ideas. ... My firm opinion remains that most members of the Legislature want to do the right thing while making certain this money helps the people of Alabama who have been harmed by this disease,” Ivey said in a statement

The spending bill as passed by lawmakers had designated $200 million to the governor for the reimbursement of coronavirus-related expenditures with the rest to be decided later by lawmakers.

The governor and legislators had a rare public disagreement over the funds. Lawmakers contended it was their constitutional responsibility to make budgeting decisions and that it was better to have the entire 140-member Legislature decide how to use the money.

A spokesman for Senate President Pro Tem Del Marsh said they are reviewing the amendment.

“It gives us the oversight to see where it goes,” Republican Sen. Greg Albritton of Range said.

The chairman of the budget committee in the House of Representatives said he will recommend that lawmakers accept the governor’s proposals.

“Alabama’s total share of the CARES Act funds is a little over $1.9 billion. That’s a lot of money for sure, and if spent wisely, it could very well help us pay for many legitimate expenses incurred by cities, counties and the state, nursing homes and hospitals, schools and colleges — and other worthy expenditures – that are directly connected to COVID-19,” Ivey said in a statement.