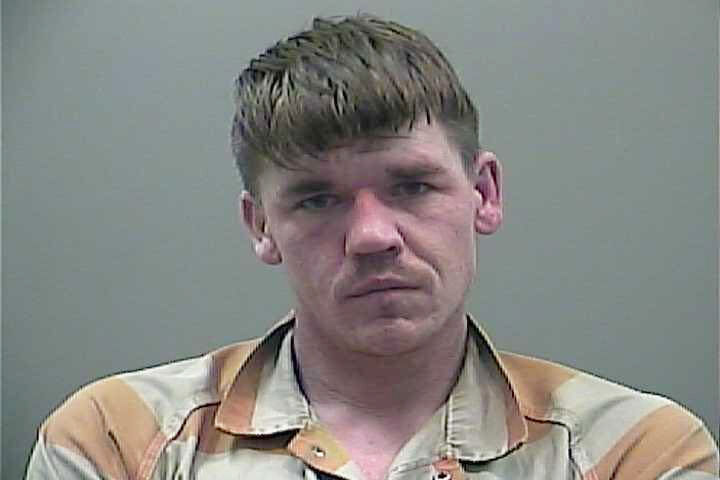 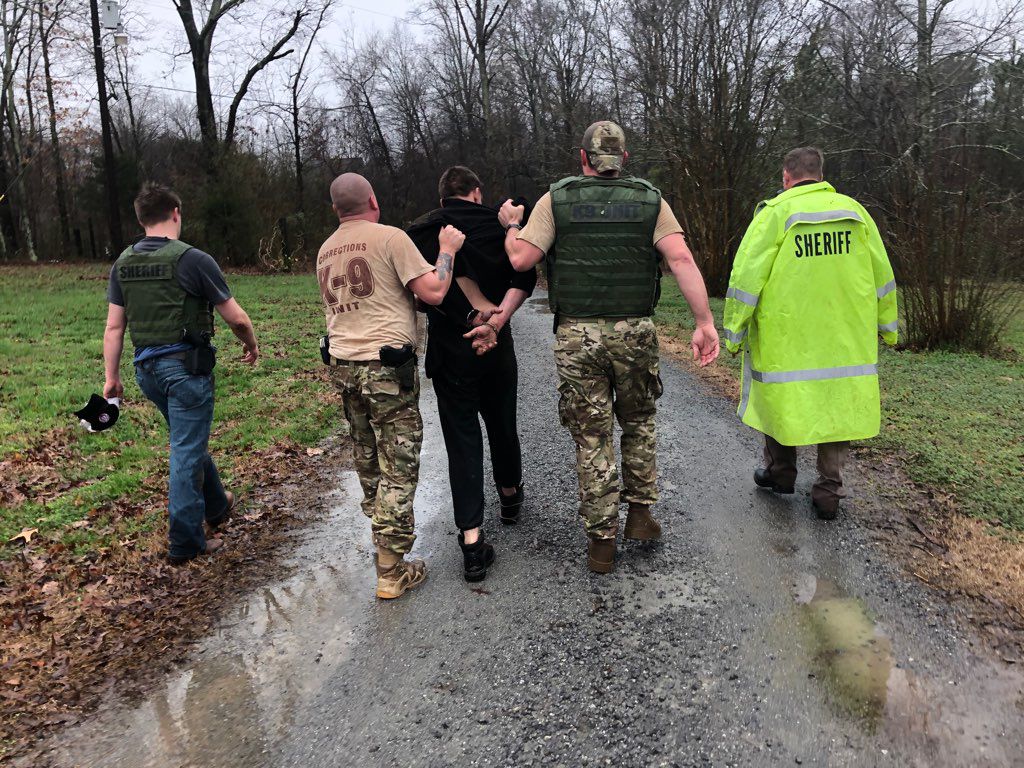 Limestone County sheriff's deputies and members of the K-9 unit escort Joseph Wise, 27, to a patrol car today after capturing him about noon in eastern Limestone County. Tracking beagles from Limestone Correctional Facility, the state prison, aided in Wise's capture. He is accused of stealing a cab ride and a truck.

The Limestone County Sheriff's Office is seeking the public's help finding a man accused of stealing a vehicle in East Limestone. He's the same man sought and arrested by deputies earlier this year after being found naked in a home and abandoning a stolen vehicle in the area.

LCSO Public Information Officer Stephen Young said the office received a report this morning of a Ford Explorer stolen from the area of Newby and Gray roads.

"The suspect, Joseph Wise, was seen in the stolen gold Explorer by multiple witnesses," Young said in a post to LCSO's social media. "At approximately 6 a.m., he abandoned the vehicle on Winchester Road, just off Jennings Chapel Road."

Wise was confronted by a land owner and fled, Young said. Deputies recovered the stolen vehicle, which had Wise's wallet inside.

He was last seen wearing a white T-shirt and sunglasses but no shoes. Anyone who sees Wise is encouraged to call 256-232-0111 and report the sighting.

In February, tracking dogs from Limestone Correctional Facility aided sheriff's officials and K-9 officers in capturing Wise, who was accused at the time of stealing a truck from Madison County and a cab ride.

LCSO has first issued a public alert about Wise on Feb. 4, after he was seen on foot in the area of Jennings Chapel and Winchester roads. The public was asked to report any sightings.

The next morning, a homeowner in eastern Limestone found Wise naked and hiding in his home, according to updates on the LCSO Twitter page. Wise tried to leave the home in a pickup truck stolen from Madison County either that morning or the night before, but he got the truck stuck and fled on foot, Young said.

As a precaution, East Limestone High was placed on "soft lockdown" until Wise was found. Tracking dogs picked up on Wise's scent in or around the 14000 block of East Limestone Road, and Wise was arrested around noon Feb. 5.