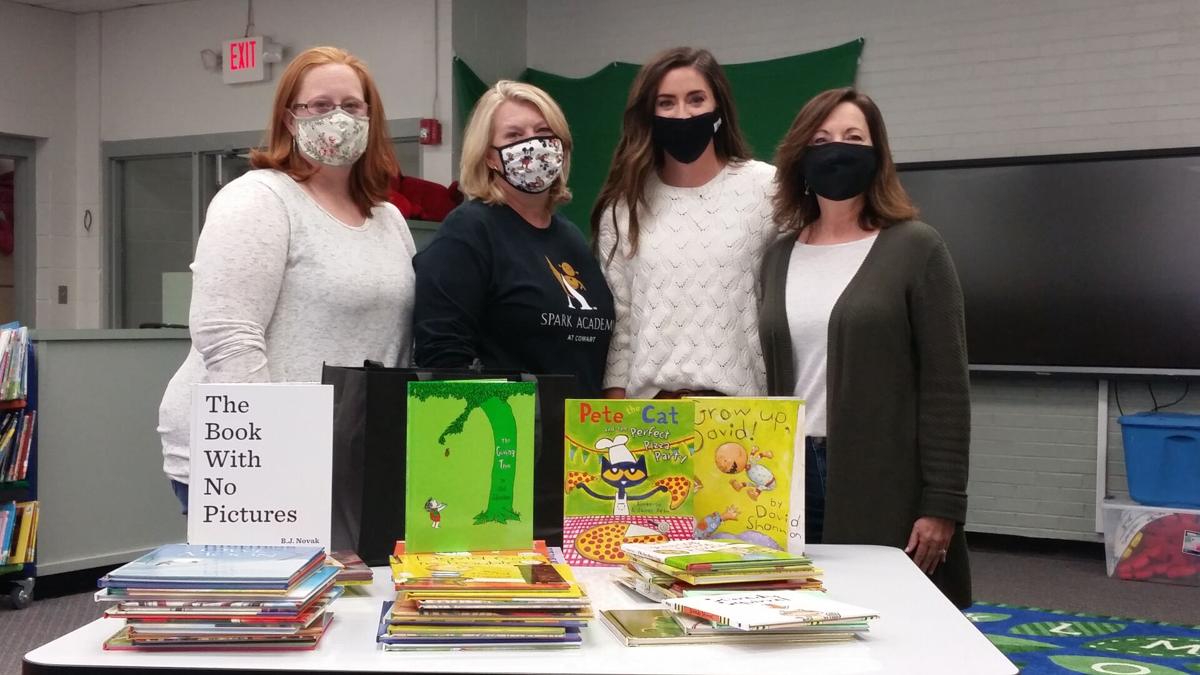 Hannah and Renee Carter, seen at right, delivered a collection of books to SPARK Academy at Cowart on Thursday. The books were donated in memory of David Carter, father of Hannah and husband of Renee. David was known for reading books to local schoolchildren. 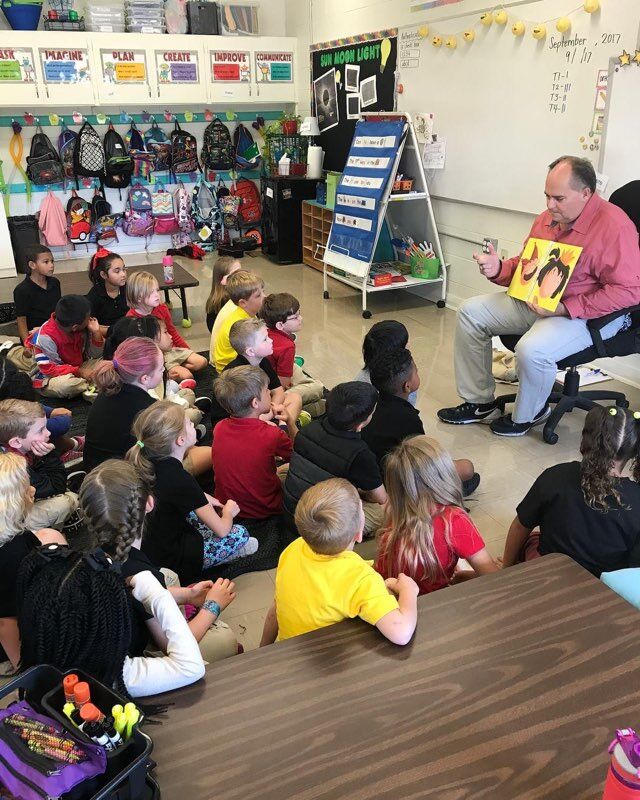 David Carter reads a book to a group of elementary school students. Carter loved to read to children and did so all over North Alabama for many years.

David Carter was known for his voice. Whether it was reading books to children at local schools or acting as the PA announcer at Athens High School basketball games, many people may remember hearing him speak.

Between his work with students and 14 years spent as a children and young families pastor at First Baptist Church in Athens, many people may recall not only the echo of his words, but of his deeds as well.

“He always tried to make connections with children through books,” said Hannah Carter, one of three daughters David had with his wife Renee, along with Haley and Hope. “He wanted to encourage a love for reading and a love for learning. He liked to bring a smile to children's faces through the art of storytelling.”

Hannah said her father read to her classes when she was in elementary school, and he continued to read to students throughout the years.

“Every year he would read 'The Polar Express' to our students and every year he would bring his train whistle with him,” said Abbi Griffin, media specialist for SPARK Academy at Cowart. “We would have the lights low in the library and have a fire behind him.”

When David died of a heart attack at age 57 back in March, many people in the community were devastated.

“I don't think you can replace a David Carter,” Athens girls basketball coach Eddie Murphree said at the time. “He would talk to the kids and give them encouraging words, and he was always doing something extra for the kids to make their seasons special. It's a huge loss.”

Due to the COVID-19 pandemic, Carter's family was unable to have a traditional memorial after his death. That meant looking for other ways to honor his memory.

Hannah said her family had an idea to ask the community to donate children's books in her father's honor.

“I contacted my aunt, who is a librarian, and asked her what to do,” Hannah said. “She created a wish list on Amazon, and we shared it online and through word of mouth.”

The donations came rolling in. So far, 507 books have been donated to the Carters from people all over North Alabama.

“There are countless numbers of people he has read to over the last 20 years,” Hannah said. “It has been a blessing to see how many people, not just from Athens but all over North Alabama, have sent books in. It has been a huge blessing to receive those and to know that his legacy is going to continue even after he is gone.”

Hannah and Renee took a collection of the donated books to each elementary school in Limestone County on Thursday, with the first stop at SPARK Academy, where Hannah is a first grade teacher. Each book includes a card on the inside of the cover with info on David and who donated the item.

“He would be so happy,” Hannah said. “We kept thinking about what his reaction would be. He would be so excited for the students and the teachers. It is thrilling. It brings joy knowing that I still get to be a part of what my dad did.”