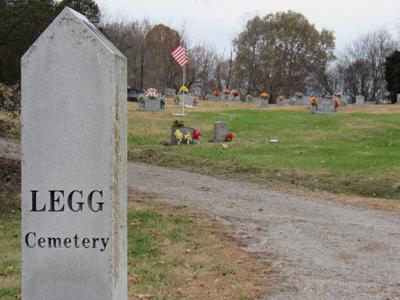 It's been six months since a community cemetery and its one-person board of directors were making headlines for double-sold plots, stolen money and upset descendants. Now, the new board of directors have said they are back on track and nearly ready to bring families into the next phase of their recovery plan.

The upset began when a groundskeeper alerted the Limestone County Sheriff's Office in July 2019 that multiple paychecks had bounced. An investigation led to the discovery that more than $60,000 was missing from the Legg Cemetery of Limestone County Inc. bank account, and that only one member of the cemetery's board was living.

That member, 60-year-old Delois Wise Mason, was arrested and later indicted on a charge of first-degree theft of property. However, finances weren't the only problem.

A new board of directors was formed to oversee the cemetery, and it was quickly discovered that records were virtually nonexistent for the site. Carl Davis, secretary of the new board, told The News Courier they had a piece of paper with numbered rows and some family names on it, but no idea how many burial plots were in the rows, how many plots were used or empty, and who, if anyone, owned which plots.

Fortunately, with the help of a "significant gift" to the cemetery, Davis said they were able to hire a surveyor and expand the cemetery.

"Barry (Dunnivant) has surveyed the whole cemetery and laid out every possible grave space that is either occupied or open," Davis said. "Then he surveyed the new acre we've been given and laid that out."

Davis said when the cemetery was first incorporated in 1993, there was talk of limiting who could be buried there because the cemetery was running out of space. Now, thanks to the new acre, there is room for several hundred more to call Legg Cemetery their final resting place.

Don't go rushing to claim one for yourself just yet, though — there is still the matter of finding out just how many families were sold a spot they can't use and how many of them will be moving their reservation to a new part of Legg Cemetery.

In August, families and individuals who have purchased burial plots in Legg Cemetery for a future burial will be invited to meet with board members. Davis said the current plan is to split it into three groups based on the first letter of their last name and have each group come on a specified Saturday to tell board members which spot they purchased.

The process will be based on the honor system, as no supporting documentation will be required. Davis said between now and August, the board plans to finalize a map with the names, birth dates and death dates of all used plots.

"We are in the process of going headstone by headstone to complete a spreadsheet of first name, last name, birth date and death date," he said. "Then it's going to be a matter of cleaning up spelling errors we see on the map."

That way, if a plot has been sold to multiple people, Davis said, they will have the records they need to offer a different plot in its place and track which unused plots have been claimed.

"I don't want to push us to not being completely finished before we meet with people," he said.

His goal is to have the map and spreadsheet so detailed that by November they can resume sales of remaining unclaimed plots. Furthermore, Davis said he wants the process simplified so that a person can visit their Facebook or website, choose the plot they wish to purchase and mail a check with that grave number in the memo line to the posted address to purchase.

And if at any time someone wants to see the finances, Legg Cemetery is ready to show them. Decoration Day is on the third Saturday in September, and board members plan to have financial records, including deposits, checks written and account balances ready for anyone interested in making sure their money is going where it's supposed to.