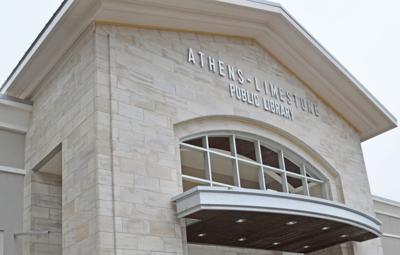 Many businesses around the country are still trying to finish the recovery process after facing government-mandated shutdowns due to the COVID-19 pandemic in 2020. Now several months into finding a “new normal” to live in, many establishments have found new and unique ways to offer services to their patrons.

For Athens-Limestone Public Library, the pandemic meant a lower-than-usual number of visitors across the yearlong span between October 2019 and September 2020. However, things like students switching to remote learning and people using online resources for job hunting and other tasks were up.

The library released its statistics for that span on social media earlier this week. In that time, the ALPL welcomed 50,600 visitors and ended with 8,269 registered patrons.

“We started making infographics for our staff to send around, and we decided to post it,” said Kris Reisz, head of adult services for the library.

He said the number of visitors was lower than other years due to the library being shut down for two months between March and April of last year.

“Some people have been hesitant to come out, but the number is ticking up,” he said. “People have been coming in more and more. It has been a difficult year, and we have been reimagining how we serve the public."

Reisz said the infograghics were initially made to be sent to staff alone to help remind them how much of a service the library offers Limestone County.

“You tend to focus on each day what you need to do that hour, so sometimes it's hard to see the forest for trees,” he said.

According to Reisz, the library held 429 individual programs, virtually and in person, and those were attended by 13,233 adults, children and teens across that span. Patrons borrowed 163,588 items, which Reisz said provided a value of $3,271,760.

During the month of January, the library is hosting a program in which patrons who owe late fees can help mitigate what they owe by donating canned goods and other nonperishable items.

According to Reisz, for each food item donated, $1 will be deducted from late fees owed. This offer does not extend to fees incurred for lost or damaged items.

“Our head of circulation came up with the idea,” he said. “Food pantries across the country are really stressed right now, and we thought it is good way to support our community and help people who have fines come back and clear them.”

Reisz said late fee totals can be as high as $10 or $20 for some patrons, depending on their situation.

“Sometimes, families with lots of kids forget a book because they have so many out at once,” he said as an example.

The suggested items to be brought in for the food drive include peanut butter, instant potatoes, toiletries, canned fruits or vegetables, macaroni and cheese, rice and dry pasta.

Donations can be made in person at the library, located at 603 S. Jefferson St. in Athens.